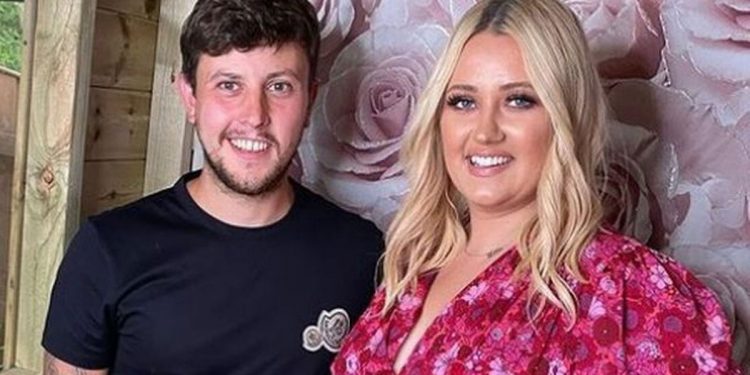 
Reality star Ellie’s boyfriend Nat Eddleston is said to be ‘fighting for his life’ after being hit by a car in Leeds on Friday. The Gogglebox star is ‘fearful’ he may have suffered brain damage from horror smash

Gogglebox: Ellie and Izzy introduce a new addition to the family

Gogglebox star Ellie Warner is said to be “very fearful” that her boyfriend, Nat Eddleston, may have suffered brain damage after he was hit by a car.

The 31-year-old reality star is worried about the condition of her boyfriend, who is also in his 30s and recently moved in with the star, following an accident in Leeds on Friday.

It has been reported that Nat has suffered a broken neck and a punctured lung following the accident, with all of Ellie’s family fearing for his health as he battles to survive his injuries.

Nat was reportedly knocked down by a white car shortly after midnight after meeting friends for drinks at a pub in the Halton area of the city.

A family member told the Sun: “Nat is in intensive care with a broken neck, broken back, two collapsed lungs and possible brain damage.

“He is on a life support machine and all the family and Ellie are obviously very worried for him.”

Meanwhile, West Yorkshire police, who operate in Leeds, are appealing for witnesses following the accident in the city on Friday night.

The force have shared a statement about the incident via social media and have urged members of the public to step forward with any information that might be helpful.

Ellie appears on Gogglebox along with her sister, Izzi
(

They write: “Police are appealing for witnesses following a serious road traffic collision in the Halton area of Leeds involving a white Seat Leon and an adult male pedestrian.

“Officers would like to speak to anyone who witnessed the collision, which occurred on Selby Road near to The Woodman pub at around 00:10 this morning (Saturday 19th March 2022).”

Their appeal continues, stating: “The pedestrian has suffered serious injuries as a result of the collision.

“Anyone who witnessed the incident or the Seat being driven prior to the collision, including anyone with dash-cam or video footage, is asked to call 101, or contact online via www.westyorkshire.police.uk/101livechat referencing collision 13220147973.”

It has earlier been reported that the car travelled for a further 100 yards before stopping and it had a smashed windscreen from the incident.

The tragic incident comes days after Ellie had enjoyed a 70s inspired night out with her sister Izzi.

Ellie captioned a slideshow of snaps from the night out: “Fab Abba tribute night last night with the ladies.”

In one picture, Ellie and Izzi pose underneath a giant balloon garland while wearing Abba-inspired outfits.

Ellie has featured on Channel 4 ’s award winning reality show Gogglebox since 2015 and she appears on the show alongside her sister, Izzi.