Gold wavers after biggest daily drop in 6 weeks, and aims for steepest weekly slump since November 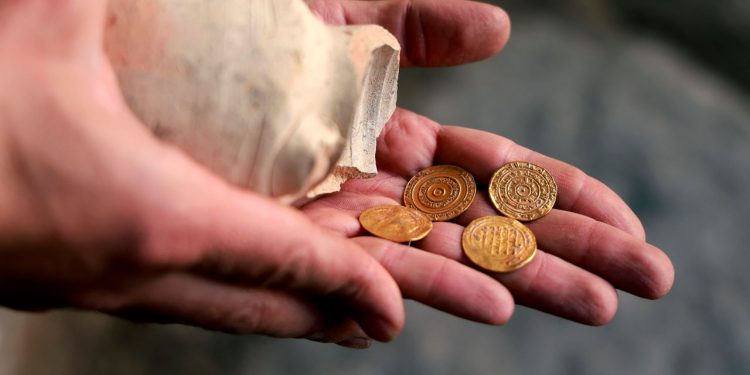 
Gold futures early Friday flipped between small gains and losses, a day after the yellow metal logged its steepest daily decline in over six weeks, pressured by prospects of tighter monetary policy from the U.S. Federal Reserve.

was virtually unchanged at $1,789 an ounce, after a 2% drop on Thursday left the most-active contract at the lowest level since Dec. 21.

Strength in the U.S. dollar, with the ICE U.S. Dollar Index
DXY,

up 0.3% on the week and a steady climb in Treasury yields, have combined to dull appetite for nonyielding precious metals that are priced in dollars.

For the week, gold is down 2.2%, which would mark the sharpest weekly slip since Nov. 26, as the 10-year Treasury note
TMUBMUSD10Y,

Naeem Aslam said that gold has been under pressure because “traders know that the Fed is serious about controlling inflation now and as a result they are adopting a hawkish monetary policy.”

Indeed, minutes from the Fed’s last meeting in 2021 indicated that policy makers may be more inclined to take a more aggressive tack in winding down the central bank’s $8.9 trillion balance sheet than the last time it reduced it, after it raises interest rates at least three times in 2022, market-based estimates project.

Looking ahead on the session, investors will be watching for a report from the Labor Department on employment in December, which is due at 8:30 a.m. Eastern, with economists polled by The Wall Street Journal expecting a 422,000 rise for December.

“If the [nonfarm payrolls report] reading disappoints today, we are likely to see the gold price sharply moving to the upside. However, if the number comes in extremely strong, which means above 500K, we could see further weakness in the gold price,” speculated Aslam.