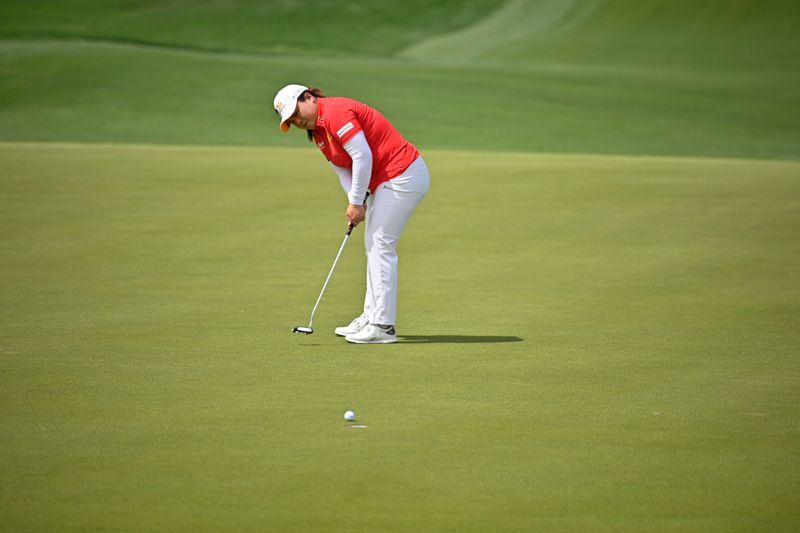 
(Reuters) – Former world number one Inbee Park hit a flawless eight-under-par 64 to take a one-stroke lead after the opening round of the HSBC Women’s World Championship on Thursday as the LPGA returned to Asia for the first time in 18 months.

The seven-times major winner, bidding for a third win in the tournament after 2015 and 2017 triumphs, snared eight birdies in sweltering conditions at Singapore’s Sentosa course to top the leaderboard ahead of fellow South Korean Park Hee-young (65).

“I had a great day today,” said the world number two. “It was a great putting day, I hit the ball really well and made plenty of fairways and greens.”

The 32-year-old hit a sublime approach shot at the third hole to commence her birdie blitz and would have been even further in front of the field had she not just missed a relatively straightforward putt at the last.

Park Hee-young’s mix of an eagle, six birdies and a single bogey gave her a two-shot advantage over five players who carded 67s for a share of third at a tournament sometimes dubbed “Asia’s major”.

Former world number one Park Sung-hyun, who won the tournament the last time it was held in 2019, continued her poor run of form with the worst round of the day, a six-over-par 78.

She is guaranteed to play at the weekend, however, as the 69-player event has no cut.

Park Inbee said it had been hotter out on the course than in previous years at Sentosa.

“I’m just looking to get through the next three days and get out of here,” she said.

Top up your pension when children fly the nest, experts advise