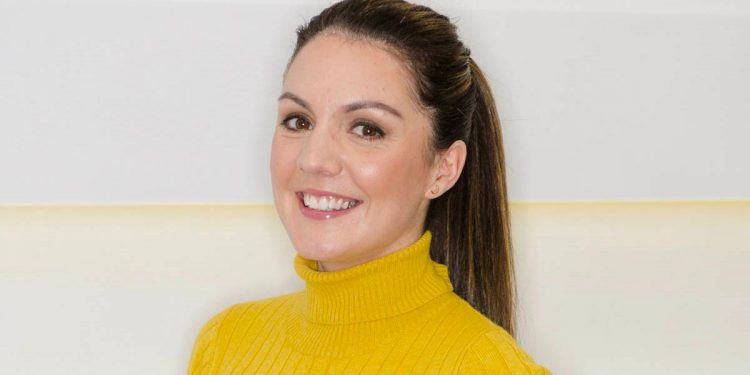 Good Morning Britain star Laura Tobin has revealed she often raids her friends’ bins after making it her mission to make sure rubbish is recycled correctly.

The meteorologist, 40, has turned eco-warrior following her trip to Svalbard last year where she broke down in tears during her report on the ice caps melting.

In an interview with OK! Magazine, Laura addressed the backlash following the trip, her daughter’s anxiety about climate change and how she has changed her life for the better.

Of going through her friends’ rubbish, the television presenter said: “I was at my best friend’s house the other day and she threw her pre-cooked chicken packaging, along with the plastic tray, into her recycling.

“And then I looked through her bin and loads of things were in the wrong places and she had lots of plastics that can’t be recycled in there… so I was taking that out and putting it in the right bin.”

The meteorologist, 40, has turned eco-warrior following her trip to Svalbard last year where she broke down in tears during her report on the ice caps melting
(

Laura, who has written Everyday Ways To Save Our Planet, went on to address the backlash she faced for flying all the way to Svalbard to talk to GMB viewers about global warming and the alarming rate ice caps were melting.

At the time, those watching at home accused the presenter of hypocrisy and called it a “completely unnecessary journey”.

But Laura hit back at criticism as she told the publication: “The footprint we’d left on earth after flying was outweighed by the positive impact of the changes people made in their lives as a result of the show”.

Elsewhere in the interview, Laura spoke of how she didn’t want her four-year-old daughter Charlotte to feel “alarmed” by climate change.
(

Elsewhere in the interview, Laura spoke of how she didn’t want her four-year-old daughter Charlotte to feel “alarmed” by climate change.

Laura revealed her little girl was worried their house was going to flood after seeing something on her phone.

The presenter said she does question whether she is “telling her too much” but wants to include her in making conscientious lifestyle choices to better the environment.

Back in September, Laura was in tears as she showed viewers an image Charlotte had drawn of polar bears, after she learned her mother would be heading to the Arctic.

The presenter became emotional as she revealed her concern that when her daughter is older, there might not be any polar bears left.

Hoping the icy landscape would stay as it is, amid rising earth temperatures, sea levels rising and the ice sadly melting, Laura worried about the future of the planet.

Laura told hosts Richard Madeley and Susanna Reid through tears: “I came here…I’ve been away from Charlotte for six days. My producer Ruth hasn’t seen her daughter, she’s never had a night away from her.

“I wanted to come and tell the story here because it’s actually not a story, it’s a reality.”

How protein alternatives to cereals can have more fat, sugar and salt than their originals

How protein alternatives to cereals can have more fat, sugar and salt than their originals