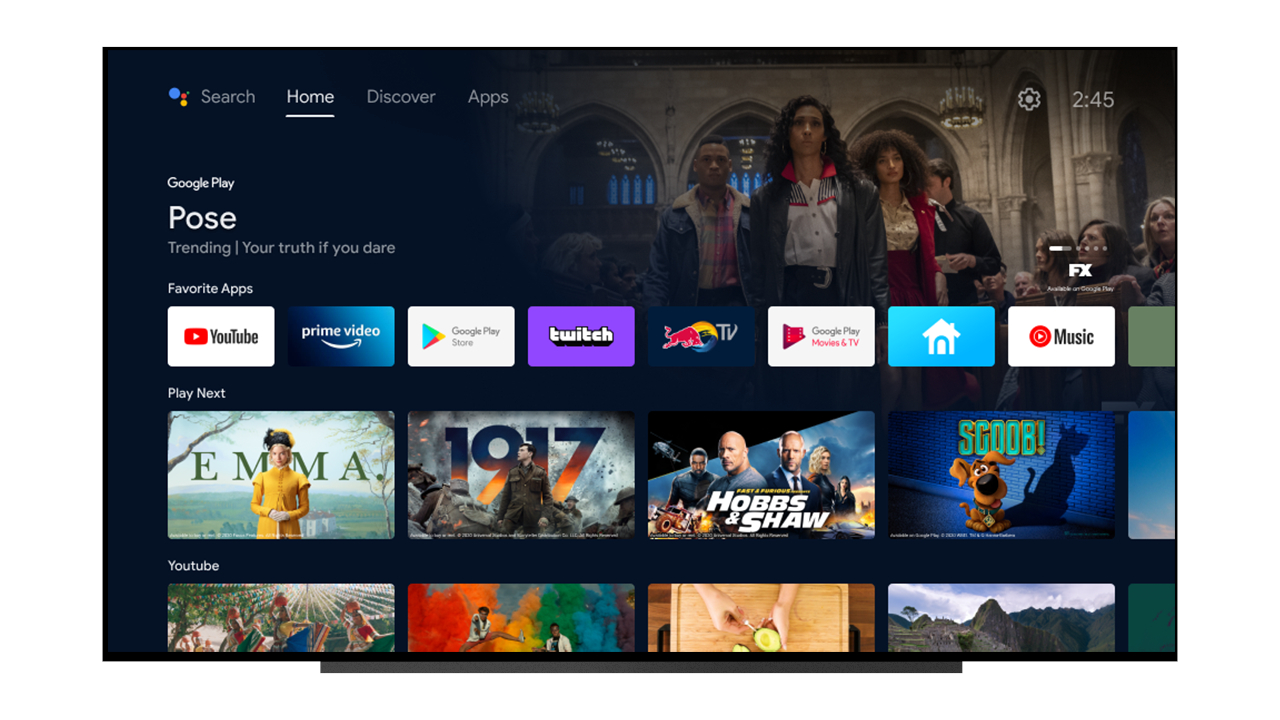 In the aftermath of I/O 2022, Google is quietly rolling out Android 13 Beta 2 for TV which brings new features and quality-of-life (QoL) changes.

Be aware that the new beta is currently available to Android developers only as a way to test apps on the OS and provide feedback on them. However, there is a good chance that most, if not all, of the features listed will be making their way to your smart TV in the future.

The central theme of this new Android 13 beta for TV is about increasing customization options for users to adjust how they interact with the platform. A key new feature is picture-in-picture, which will dock a show to the side of the screen while you browse your smart TV’s menus. The idea is to allow people with big TVs to get the most out of their screens and improve multitasking.

The release notes don’t say how big the mini window will be, but according to a recent Android 13 Beta for TV 2 deep dive, developers will be able to choose between an aspect ratio of 1:2.39 or 2.39.1. None of this is set in stone, so it may change.

There are also new changes coming to the Keyboard Layouts API to support different layouts besides the traditional QWERTY standard most are familiar with. Android 13 Beta 2 includes performance changes to the system’s audio and HDMI interface, but it’s unknown how they will manifest for consumers. If you’re really curious about these changes, Google has provided a set of instructions on how to install the beta and recommends you buy the ADT-3 Developer Kit.

Google is releasing its Android 13 beta for TV pretty quickly. Beta 1 launched less than a week ago on May 6. Again, it was for developers only where they were able to test out if their app was compatible with the OS and how audio will be routed.