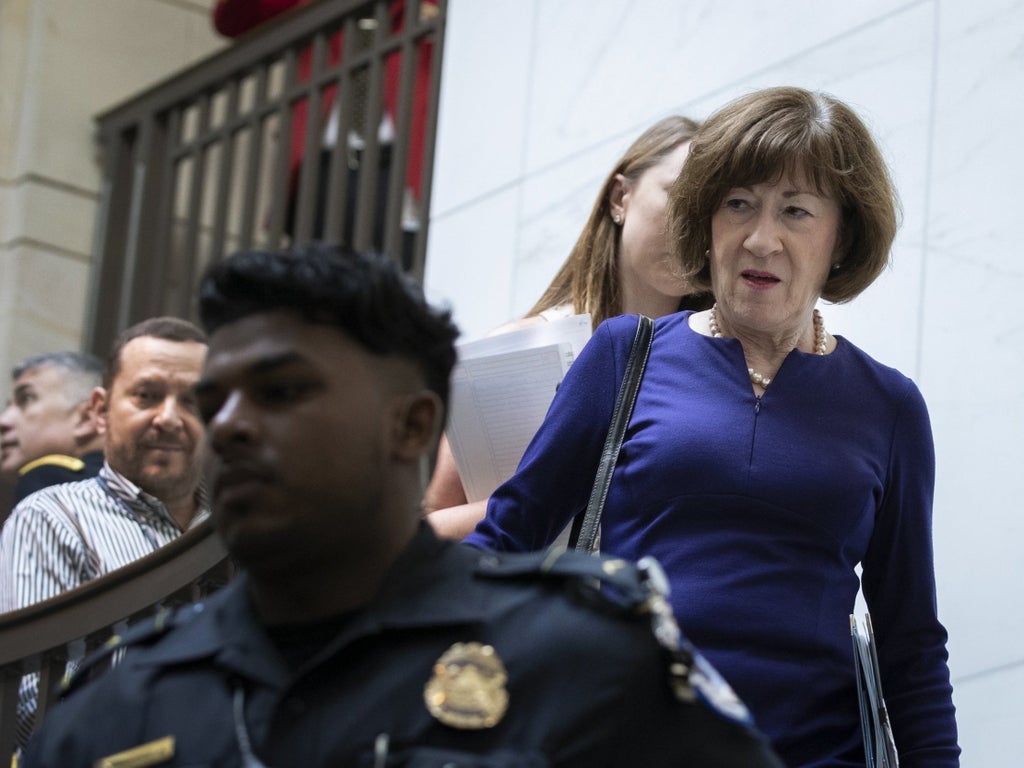 Republican senators who appeared on the Sunday news shows this week were divided on the issue of President Joe Biden’s promise that his replacement for retiring Supreme Court Justice Stephen Breyer would be the first Black woman to sit on the bench of the nation’s highest court.

Mr Biden does not need the support of a single Republican in the Senate to see his eventual nominee seated to the bench, thanks to the “nuclear option” enacted by now-Minority Leader Mitch McConnell during the Trump presidency to eliminate the 60-vote standard for Supreme Court picks.

But the White House has expressed confidence that the president’s yet-unannounced nominee will attract the respect of at least some Senate Republicans.

The White House has reiterated in recent days that the president plans to make good on his campaign promise to replace Mr Breyer, who announced his planned retirement at an event at the White House on Thursday, with the court’s first Black female judge. Currently-serving Justice Clarence Thomas is only the second Black justice to ever sit on the Court, after the late Justice Thurgood Marshall.

One GOP senator seen as a swing vote in the chamber, particularly for her vote to save the Affordable Care Act (better known as Obamacare) in 2017, Senator Susan Collins, told ABC’s This Week that she believed the president’s promise had unnecessarily politicised the situation, though she claimed she would welcome the confirmation of the first female Black justice to the bench.

“George, I would welcome the appointment of a Black female to the Court. I believe that diversity benefits the Supreme Court. But the way that the president has handled this nomination has been clumsy at best,” she told George Stephanopoulos.

“It adds to the further perception that the Court is a political institution like Congress when it is not supposed to be,” she continued, adding that she was “open” to considering the qualifications of any nominee the president put forward.

Another Republican, Senator Lindsey Graham, disagreed. Mr Graham, unlike Ms Collins, has remained outspokenly loyal to former President Donald Trump in the months following the attack on the US Capitol while at the same time emerging as a major ally for Democrats in the Senate on the issue of judicial confirmations since the Biden presidency began.

Mr Graham told CBS’s Face the Nation that Mr Biden’s vow to nominate a Black woman was “not different, to me,” than the promise former President Ronald Reagan, a champion of the modern GOP, made in 1980 when he pledged to nominate the first woman to serve on the Supreme Court. He later did so, leading to the confirmation of Sandra Day O’Connor.

“Put me in the camp of making sure the court and other institutions look like America. You know, we make a real effort as Republicans to recruit women and people of color to make the party look more like America,” Mr Graham told CBS News.

“Put me in the camp of making sure the court and other institutions look like America,” @LindseyGrahamSC rejects the notion that President Biden promise to nominate a black woman to the Supreme Court is affirmative action, as his colleague Sen. Roger Wicker had suggested. pic.twitter.com/KCU6cIFXf9

The Democratic chair of the Senate Judiciary Committee, the first stop for Mr Biden’s eventual nominee, also joined the Sunday show circuit this week to discuss the timeline for the confirmation of Mr Breyer’s replacement. The president said last week that he would settle on a nominee before the end of February.

He predicted that the process would occur in a “timely” fashion, adding that the process may move at a quicker pace for a nominee who had previously been before the committee seeking confirmation to a lower court.

Asked by Meet the Press host Chuck Todd whether “mid-April” was a realistic target for confirmation hearings to begin, Mr Durbin quipped that by the standard at which Justice Amy Coney Barrett was confirmed in the final year of former President Donald Trump’s term in the White House, it was.

“By the Amy Coney Barrett test, yes it is,” he told Mr Todd.

The comments of the two GOP senators appeared to serve somewhat as damage control for the party in response to comments from another senator, Roger Wicker, last week about the issue; Mr Wicker made an accusation that Mr Biden’s nominee would be the unfair beneficiary of “affirmative racial discrimination” on Friday.

“The irony is that the Supreme Court is at the very same time hearing cases about this sort of affirmative racial discrimination while adding someone who is the beneficiary of this sort of quota,” he said, referring to two cases before the Court dealing with race-based considerations made by admissions counselors at colleges and universities around the US.