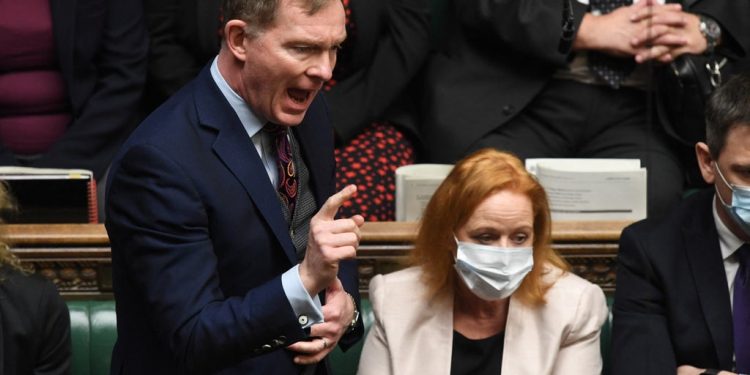 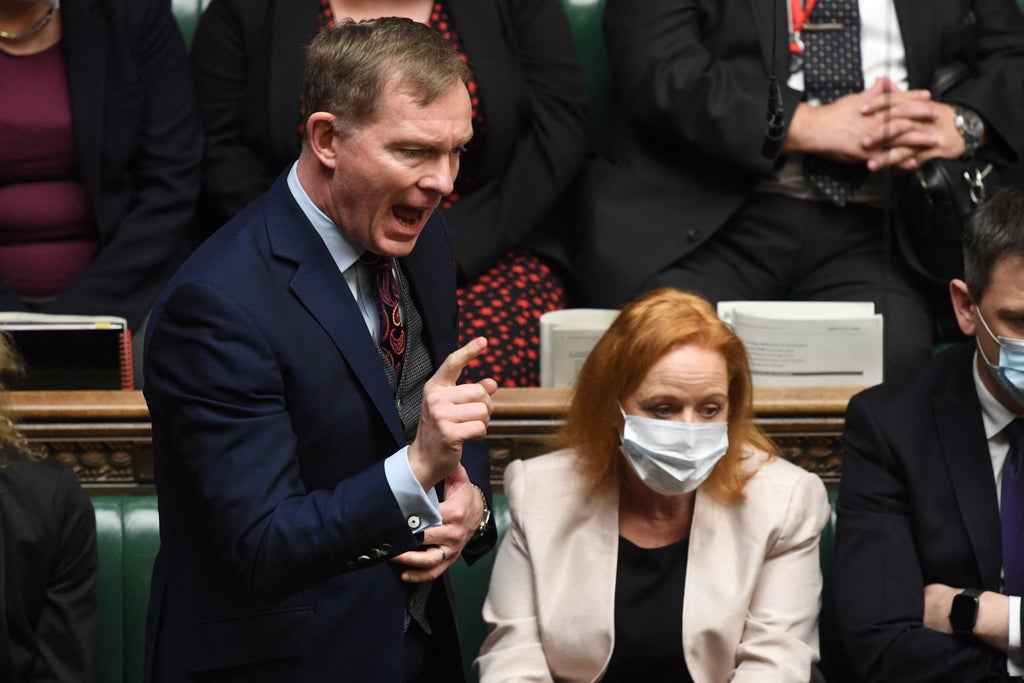 The chairman of the Commons sleaze committee Chris Bryant has claimed he has spoken to “about a dozen” Tory MPs threatened by whips and had also heard allegations of Boris Johnson being involved.

In scathing comments the senior Labour MP, who also cited the row over the former MP Owen Paterson’s suspension, hit out at what he described as the government’s “complete abandonment of any kind of moral compass”

His remarks came after the Conservative MP William Wragg — who first made the incendiary allegations of “blackmail” by government whips — said he will meet with and officer from the Metropolitan Police to discuss the claims next week.

Mr Wragg claimed on Thursday that the prime minister’s Conservative critics were receiving threats to “withdraw investments” from constituents, as well as “intimidation” from No 10 staff.

The MP for Bury South, Christian Wakeford, who defected from the Tories to Labour earlier this week, also said he was told funding for a new schools in his constituency would be withheld if he did not vote with the government over free school meals.

Mr Bryant, who chairs the Commons Standards, told BBC Radio 4’s Today programme on Saturday that threats to withdraw funding from MPs’ constituencies amounted to “misconduct in public office” and should be referred to the police.

He also revealed: “It’s not just a couple of incidences… I must have spoken to about a dozen Tory MPs in the last few days who have made similar allegations about whips either offering to withdraw financial support for their constituencies… or saying they will get something if they vote the right way”.

Despite Mr Johnson’s claim to not have heard or seen any evidence to substantiate the claims. Mr Bryant continued: “I have even heard MPs alleging that the prime minister himself has been doing this”.

“What I have said to all of those people is that that is misconduct in public office. The people who should be dealing with such allegations are the police.”

He added: “It is illegal. We are meant to operate as MPs without fear or favour. The allocation of taxpayer funding to constituencies should be according to need, not according to the need to keep the prime minister in his job.

“The levelling up funds that have been introduced in the last two years are an open opportunity for government ministers to corruptly hand out money to some MPs and not to others.”

Mr Bryant also claimed: “This is the end strikes to the heart of whether or not we have a government that understands the proper way of doing things.

“The big problem for me is what we’ve seen for the last nine months is that there’s a complete abandonment of any kind of moral compass around all of these issues.”

Mr Wragg, who revealed last week he had submitted a letter of no confidence in the prime minister, told The Telegraph that he had arranged to meet with a detective in the Commons “early next week”, with whom he would briefly discuss “several examples” of bullying and intimidation, and in some cases involving public money.

“I stand by what I have said. No amount of gas-lighting will change that,” said Mr Wragg, who chairs the Commons Public Administration and Constitutional Affairs Committee.

A Scotland Yard spokesperson told The Independent that the force could not discuss any planned meetings, adding of the potential blackmail claims: “As with any such allegations, should a criminal offence be reported to the Met, it would be considered.”

And last night, lawyers also threatened legal action, warning that alleged threats to withhold government funding from rebel MPs’ constituencies were an “unlawful misuse of ministerial powers” which may amount to misconduct in public office.

Speaking on Friday, a Downing Street spokesperson confirmed that no inquiry was being launched into allegations of bullying of MPs by whips, saying only that evidence would be looked at “if it came forward”.

Business secretary Kwasi Kwarteng had said threats to withhold government funding were “completely unacceptable” and ministers need to “get to the bottom” of Mr Wragg’s assertion. But he stressed he had not come across such activities in his 12 years as an MP and thought it “very unlikely” to be true.