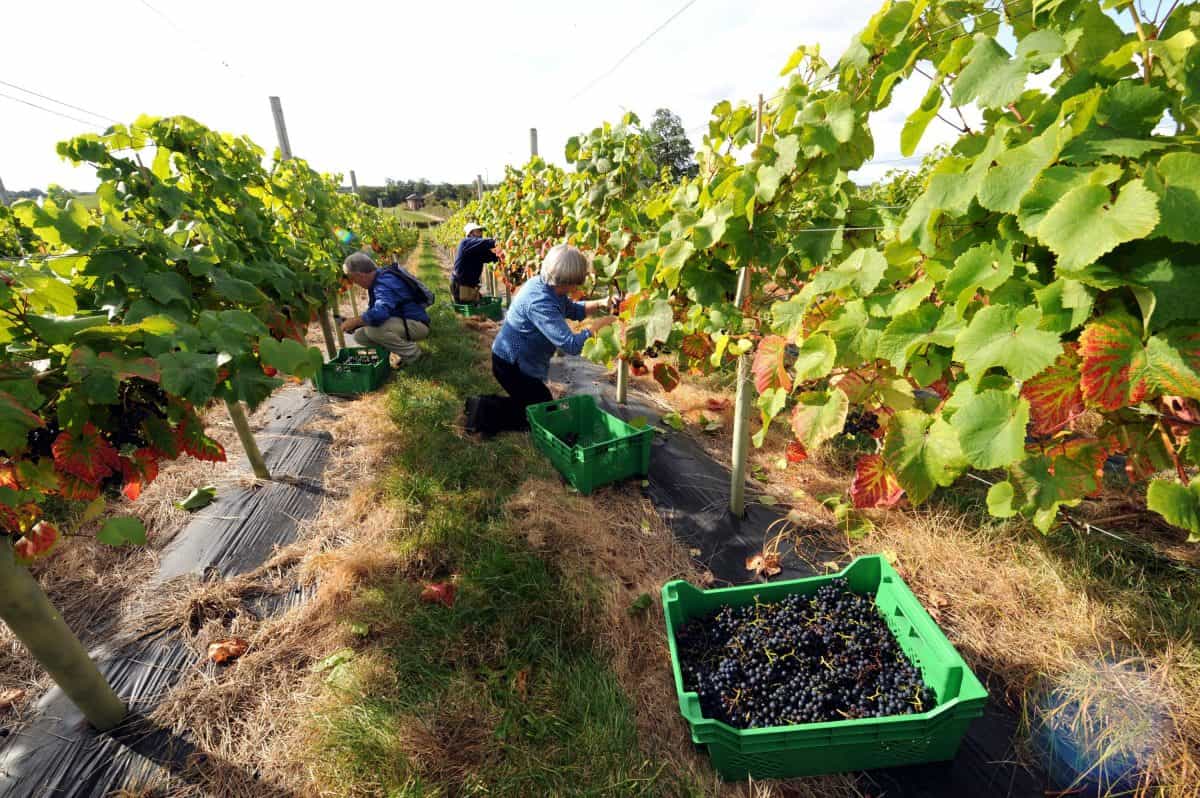 The government has extended its seasonal farm work visa scheme until 2024 after farmers urged ministers to tackle post-Brexit shortages.

The move comes after months of complaints from farmers that Brexit is affecting food security because of a lack of workers.

On Christmas Eve, the government announced it will extend the worker scheme which allows foreign seasonal workers to come to Britain for up to half a year to do horticulture jobs which have been left vacant.

But from 2023, the amount of visas offered will gradually reduce, according to the Home Office and the Department for Environment, Food and Rural Affairs.

Despite acknowledging the industry heavily relies on foreign workers, the government insisted jobs should offer better pay, which they believe will make more UK workers apply.

Minister for Safe and Legal Migration Kevin Foster said: “The extension to the Seasonal Worker visa route strikes the right balance of supporting the industry while it transitions to employing and prioritising domestic workers.”

This year, the UK saw thousands of pigs being slaughtered and thrown away because of labour shortages in the farming industry.

A farmer’s friend told BBC News the farmer was “destroyed by it”: “He had to kill perfectly healthy, viable piglets. It’s desperate. I’ve been producing for 26 years, and never faced the prospect of having to butcher pigs on my own farm before.”

Nick Allen of the BMPA said at the time that the workforce was 15 per cent down on its usual size – and animals are mounting up on farms as a result, meaning farmers were “quietly starting to cull”.

“The main barrier is labour, with the change in the immigration policy. We are struggling to get butchers in particular, and it limits how fast you can run the plant,” he said.

‘We were offering higher wages’

“We were offering higher wages, but with the job market at the moment, it’s not worked. We do need access to some non-UK labour.”

EU citizens have left many jobs in the sector up for grabs after going to their countries of origin because of the pandemic and Brexit, and facing persistent travel restrictions.

The National Farmers’ Union has expressed its delight that the visa scheme will now be extended and will also include ornamental horticulture, which “desperately needed for flower and plant growers across the country”.

“This is positive news for the thousands of fruit, veg and flower growers that rely on essential seasonal workers to help pick, pack and grade our iconic fresh produce,” NFU vice president Tom Bradshaw said.

He added: “These growers will be extremely relieved to have clarity over the future of the scheme for the next three years.”

Related: Owners of biggest UK trawler say it may have to be sold after Norway deal

5 Reasons why you should buy Dogecoin today for 2022 gains