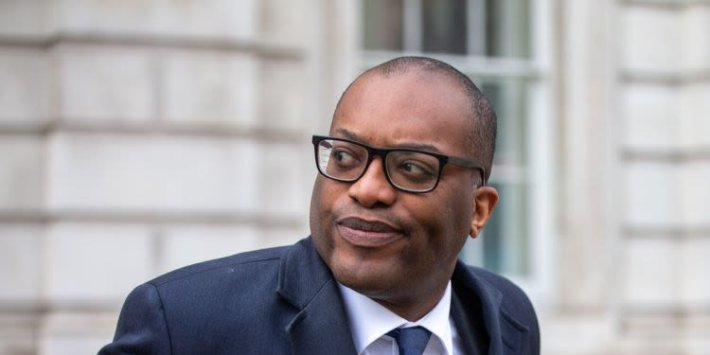 Ministers are confident that they will not need to bring in new measures to protect British consumers if Russia’s invasion of Ukraine leads to gas prices in the UK being driven up further.

A senior government source confirmed to PoliticsHome that there were no plans to introduce mitigations on top of the measures announced earlier this month to protect household bills from the ongoing cost of living crisis.

The price of natural gas in the UK rose by around 10% on Tuesday, and by 13% on the continent, as the market reacted to Russian president Vladimir Putin launching an invasion of eastern Ukraine.

There is concern that any retalitory move by Putin to further limit supplies to Europe, in response to the economic sanctions announced by the UK, Germany and other western powers this week, will cause prices in at home to rise even more and put increased pressure on household bills.

Boris Johnson yesterday said that the UK was hitting five Russian banks and three high net-worth individuals from Russia with sanctions as part of the first “barrage” of retalitory measures. The Prime Minister said the government was ready to use more sanctions if Russian aggression in Ukraine escalates further.

Soaring energy prices have already been a major contributor to a cost of living crisis in recent weeks, with households facing significant increases to their bills this year.

However, a government source told PoliticsHome that energy price protections rolled out earlier this month would be sufficient, even if the crisis in Ukraine does trigger further price rises. “No government can control global gas markets. But a safety net is in place to insulate consumers from price spikes,” they said.

At the beginning of this month, Chancellor Rishi Sunak announced a package of support designed to protect households from rising energy prices. Households will receive a £200 discount on their bills and a further £150 rebate on council tax, though people will have to pay back the former over the next five years.

This was after Ofgem announced the energy price cap, which places a ceiling on household bills, is to rise by 54% from 1 April because of wholesale gas prices, meaning average bills could reach £1,971.

Rachel Reeves, the Shadow Chancellor, recently said more than a decade of Conservative government “failure” on energy policy had left the UK exposed to a global gas crisis. Reeves told Sky News that Russia had the UK “over a barrell”.

A BEIS spokesperson sought to stress that the UK was “in no way dependent on Russian gas supply,” unlike its European allies. “We meet around half of our annual gas supply through domestic production and the vast majority of imports come from reliable suppliers such as Norway. There are no gas pipelines directly linking the UK with Russia,” they said.

A Definitive List of the Best Moments (So Far)