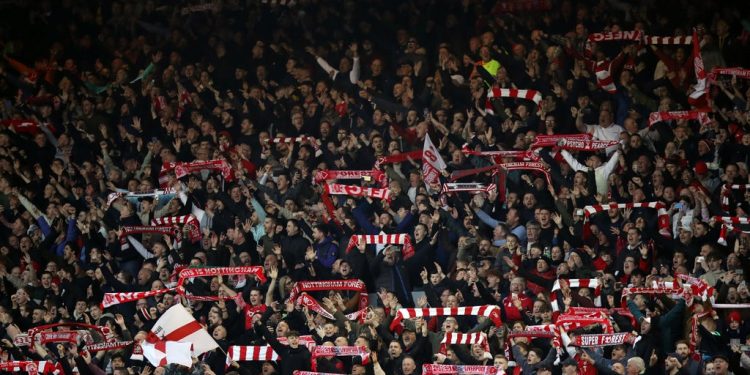 The Government has been urged to commit to legislation in its response to the fan-led review of football by the Mayor of Greater Manchester Andy Burnham.

Burnham says English football has reached “a now or never moment” and that significant reform will only be achieved if an independent regulator, recommended by the fan-led review, is underpinned by legislation.

Burnham, a supporter of the Fair Game group which seeks reforms to make clubs more sustainable, said: “There’s no doubt English football is at a crossroads.

“We need a sustainable future for football in England and Wales at every level. A future where the history, heritage and traditions of our clubs are protected.

“Football needs to change. In the next few days, the Government are going to respond to the fan-led review. It is not enough just to welcome the findings, which included a new, independent regulator.

“There needs to be a firm commitment to legislation and I believe that legislation should be included in May’s Queen’s Speech.

“I appeal to everyone in this country who cares about our beloved game to appeal to the Secretary of State Nadine Dorries to make sure the vital pledge to legislate for a regulator is included in the Government response.

“Without it, this once-in-a-lifetime opportunity to save the future of English football risks being kicked into the long grass.”

Everton fan Burnham added: “Our football clubs and grounds are sacred to us – certainly that’s what Goodison Park has always been to me. You just can’t put a value on the sense of community and belonging and that needs to be protected.

“To my fellow politicians, to supporters, to football itself, to businesses, it is a ‘now or never’ moment. I ask you to back Fair Game, lead the change. There is light at the end of the tunnel, let’s not waste the opportunity.”

Sports Minister Nigel Huddleston was questioned about the Government’s response to the review when he appeared before MPs on the Digital, Culture, Media and Sport select committee last week.

He told MPs there was a need for legislation to set up a regulator.

“I can’t promise the timescales of legislation but there’s no intent to kick this into the long grass or delay it,” he said.

“It is incredibly complex, this is not easy, we’re going to set up a regulator and that will require primary legislation. The timing of it is something we’re discussing at the moment.”

Kelly Dodd: Only I Can Save The Real Housewives of Orange County!