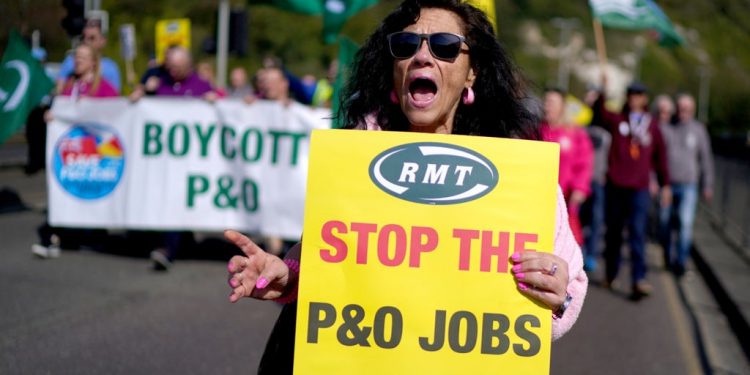 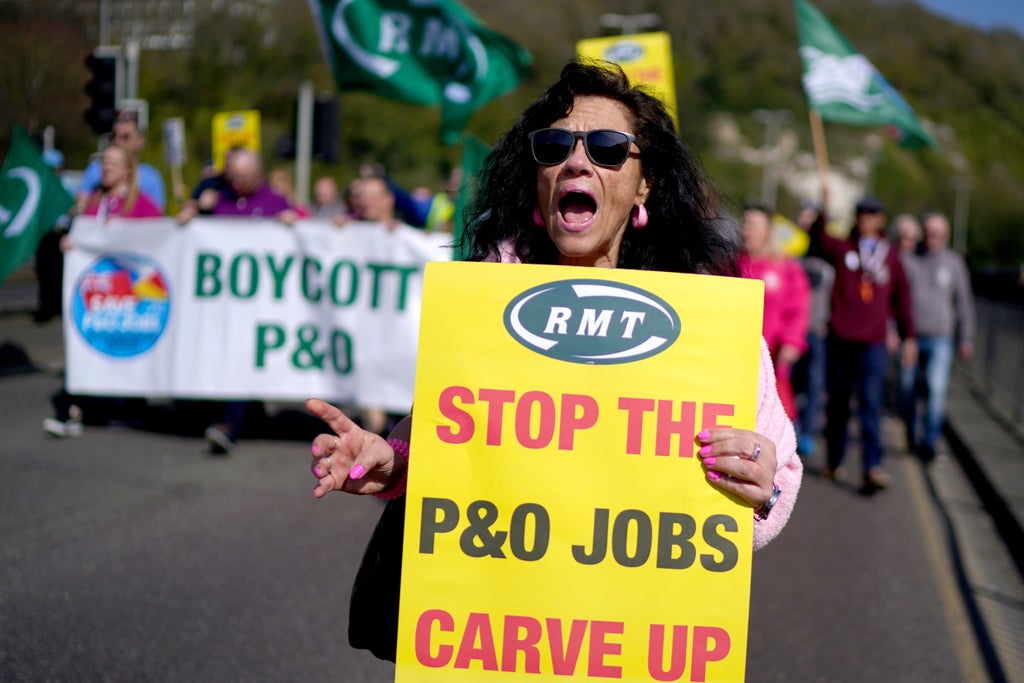 Boris Johnson’s government has vowed to clamp down on “fire and rehire” in the wake of the outrage sparked by the mass sacking of P&O Ferries’ workers.

Labour party has repeatedly called for a complete ban on the practice, which sees firms dismissing employees and rehiring them on lesser terms.

However, business minister Paul Scully said on Tuesday that government would now take action – promising to introduce a new “statutory code of practice” to discourage such tactics.

Mr Scully said the Department for Business, Energy and Industrial Strategy (BEIS) would bring in a new code on “dismissal and reengagement” aimed at boosting compensation pay-outs.

In a written statement, the BEIS minister said the planned changes should allow employment tribunal panels to “award an uplift in compensation to the employee, subject to a maximum of 25% of the overall award”.

Mr Scully added: “This increases the size of the sanction for companies who abuse the process and do not treat their employees fairly – and should provide a further deterrent effect.”

Tory MPs abstained on a Labour party motion to bring a complete ban on fire and rehire last week, which passed in the Commons by 211 votes. But without government support, it is unlikely to see a major change in employment law.

It comes as the boss of P&O Ferries Peter Hebblethwaite insisted that he will not reverse the decision to sack nearly 800 seafarers despite being given a final chance by transport secretary Grant Shapps.

Mr Shapps said he plans to introduce a package of measures to ensure “seafarers are protected” – telling the P&O Ferries chief executive he had “one further opportunity to reverse this decision” and rehire staff on their previous wages.

But Hebblethwaite claimed that re-employing the sacked workers on previous wages would “deliberately cause the company’s collapse, resulting in the irretrievable loss of an additional 2,200 jobs”.

Mr Shapps has said he intends to “block the outcome that P&O Ferries has pursued” – including “paying workers less than the minimum wage”.

The transport secretary is poised to attempt to change the law to shut the ferry operator out of UK ports unless they abandon “sweatshop” pay rates as low as £5.15 an hour.

But the RMT union has warned that the plan to stop P&O Ferries undercutting the minimum wage is not enough to “undo” the mass sackings.

However, the Department for Transport privately acknowledged that action on wages could not be applied retrospectively.

Senior MPs have said P&O Ferries must be stripped of its licence to operate in the UK and its boss struck off as a company director after he admitted his firm broke the law by choosing not to consult over the mass sacking.

Conservative Huw Merriman, chair of the transport select committee, and Labour’s Darren Jones, the business committee select chair, have demanded harsher action to prosecute P&O Ferries and “remove its licence to operate in the UK”.

Nexo becomes first to offer up to 12% APR on ApeCoin