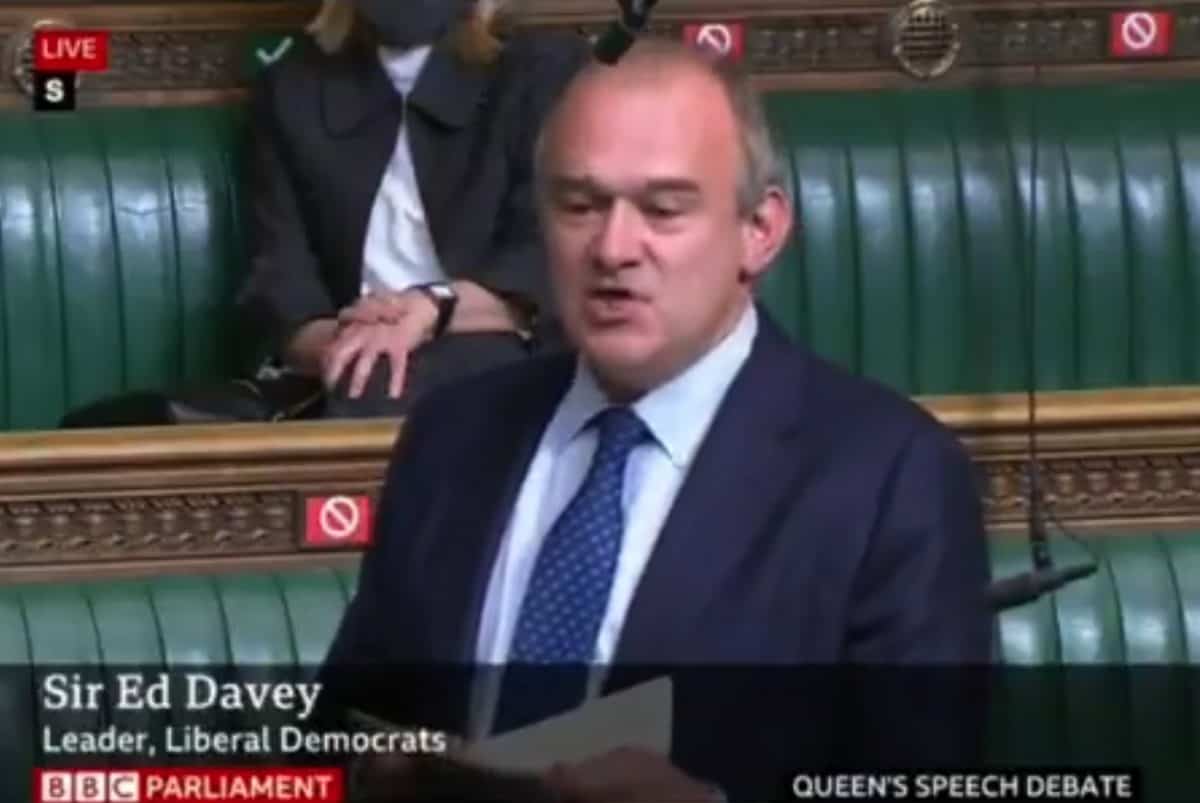 Ed Davey has hit out at plans to bring in voter ID, saying they are just “another example of this authoritarian government”.

Plans to require voters to prove their identity before casting ballots have been met with widespread backlash today, with several people calling it a solution to a non-existing problem.

The Liberal Democrat leader also pointed to the policing bill brought in earlier this year which includes powers to restrict protests and attempts to restrict judicial review before hitting out at the government’s latest moves.

He said: “Forcing people to show identity papers in order to vote is a plan ripped straight from the Donald Trump playbook… these are the actions of despots.”

Ed Davey – “Forcing people to show identity papers in order to vote… is a plan ripped straight from the Donald Trump playbook… these are the actions of despots… pic.twitter.com/h2GQbtBfLX

Earlier on Matt Hancock dismissed claims that new voter ID rules could disenfranchise some people, saying the six cases of voter fraud detected at the last election is “six too many”.

Civil liberties groups, electoral reformers and senior MPs on both sides of the Commons have condemned Government plans to introduce a requirement for voters to prove their identity before casting their ballot.

Jess Garland, director of policy and research at the Electoral Reform Society, said: “David Davis is right, this policy is a solution in search of a problem.

“Voting is safe and secure in the UK, meaning this policy is just an unnecessary barrier to democratic participation. Ministers need to listen to these concerns and drop these costly plans.

“Millions of people lack photo ID in this country. These proposals will make it harder to vote for huge numbers of voters, locking ordinary people out of our democracy and unfairly discriminating against those who lack ID.”

Surrounded by development, Fla. man refuses to sell his home

Why The Legend of Korra Found New Life on Netflix