Grab upsizes term loan to $2bn on strong US demand


Grab, south-east Asia’s biggest start-up, has amassed $5bn in cash reserves after increasing the size of its debut term loan facility, underscoring the pent up international demand for the region’s fast-growing unicorns.

The Singapore-based company, which provides services including ride-hailing, food delivery, payments and insurance on its app, upsized its term loan from $750m to $2bn following commitments from investors, more than half of which were US-based institutions including BlackRock, Carlyle, Eaton Vance and Anchorage.

Grab is one of many companies taking advantage of lower interest rates and tapping debt markets during the coronavirus pandemic. But the extent of investor interest has prompted its executives to consider an initial public offering in the US this year, according to two people with direct knowledge of the discussions.

An IPO of the SoftBank-backed company, which is valued at more than $16bn, would be closely watched as a critical test of the ability of south-east Asia’s tech groups to go public. Very few companies from the region, which has one of the world’s fastest-growing mobile internet populations, have listed on public markets.

Those that have listed overseas have been bolstered by their access to a regional consumer market of more than 655m people.

One of the highest-profile examples has been Tencent-backed Sea Group, which operates gaming company Garena and ecommerce platform Shopee. Sea’s New York-listed shares rose 395 per cent in 2020, making it one of the year’s best performers. In December, Sea increased the size of its secondary stock offering to raise nearly $3bn in response to robust investor interest. 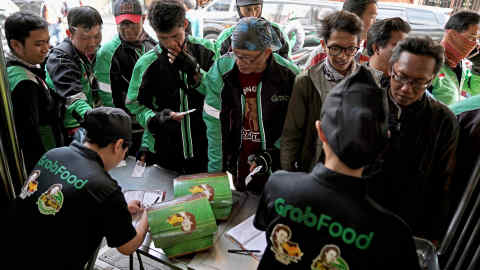 In terms of internet growth, south-east Asia is “at a frontier stage”, said Kenny Liew, a technology analyst at data and research group Fitch Solutions.

“South-east Asia-focused companies such as Sea Group and Grab have come into the spotlight after a decade of investor interest focused on US and Chinese tech players,” Mr Liew said. “There is much untapped potential in the market.”

Other companies hoping to capitalise on that demand are launching IPO plans.

Grab’s main rival, Indonesia-based Gojek, may test the market later in the year. Gojek is in advanced merger talks with Tokopedia, another local ecommerce unicorn, to create Indonesia’s biggest tech conglomerate. The pair intend to list the combined entity this year if the talks are fruitful.

Grab and Gojek previously held merger discussions, but those talks have paused.

The proceeds of the loan will take the company’s cash reserves to more than $5bn, enough to cover operating costs for at least three years. Moody’s and S&P Global Ratings gave Grab ratings of B3 and B minus, respectively, with stable outlooks.

The Changes That We Deserve

The synaptic transistor is reconfigurable,...