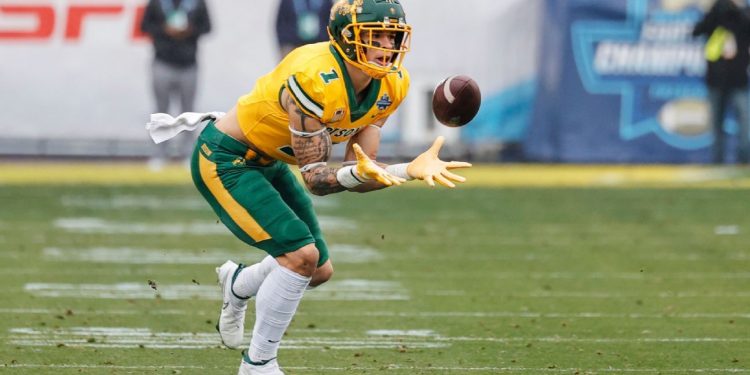 GREEN BAY, Wis. — It’s not a first-round receiver, but for the Green Bay Packers, it’s the next-best thing.

Packers general manager Brian Gutekunst, who ran the team’s streak of not drafting a receiver in the first round to 20 years on Thursday, didn’t wait long to make a move Friday. He sent both of his second-round picks (Nos. 53 and 59) to the rival Minnesota Vikings for the 34th overall pick and used it on North Dakota State receiver Christian Watson.

Watson was the seventh receiver taken in the draft, and the first on Day 2.

Watson became the latest second-round receiver drafted by the Packers, joining the likes of Davante Adams (No. 53 overall in 2014), Randall Cobb (No. 64 in 2011) and Jordy Nelson (No. 36 in 2008) — all of whom were favorite targets of star quarterback Aaron Rodgers.

“We’ve had a lot of success with second- and third-round receivers in Green Bay,” Rodgers said Thursday night on Pat McAfee’s SiriusXM and YouTube show after the Packers didn’t take a receiver in the first round. “You look at Greg Jennings, Jordy Nelson, Randall Cobb, James Jones in the third round [in 2007], obviously Davante Adams in the second round. Those guys turned out pretty good.”

Now, Watson just has to figure out how to jell with Rodgers, something that in the past has taken time for young receivers.

“I’ll say I’m ready to work,” Watson said when asked what he’ll tell Rodgers when they meet. “I’m ready to learn and I’m ready to get after it. I know he’s gonna be tough on me and that’s exactly what I want. I want someone who’s gonna continue to push me to be the best possible player that I can be, and I know that with him being one of the greatest that he’s gonna get everything out of me, so shoot, I’m gonna tell him I’m ready to work and shoot, I’m ready to go.”

Watson’s father, Tim, was a sixth-round pick of the Packers in 1993 as a safety. Although his father never played for the Packers, he did have brief stints with the Kansas City Chiefs, New York Giants and Philadelphia Eagles that totaled 13 games from 1993 to 1997.

When asked whether his dad still has some Packers gear, Watson said: “I definitely think he does. That was a big accomplishment for him. It’s his roots, so he definitely holds on to it. I’m sure he’s got a lot of green and yellow around the house to throw on when he gets home.”

The 6-foot-4, 208-pound Watson caught 43 passes for 801 yards with seven touchdowns last season for North Dakota State, which won the FCS national title. In four years for the Bison, he averaged 20.4 yards per catch and also had two career kickoff returns for touchdowns.

“His physical attributes and his athleticism are going to make it a lot easier [to contribute immediately] from somebody that’s 6-foot, 185 pounds,” Packers director of football operations Milt Hendrickson said. “He’s just not that; he’s a big man.”

This offseason, the Packers traded Adams, who wanted out, to the Las Vegas Raiders. The 53rd pick, which was sent to Minnesota, was part of that trade with Las Vegas, along with No. 22 overall. Green Bay also lost receivers Marquez Valdes-Scantling and Equanimeous St. Brown in free agency.

The Packers’ top returning receiver is Allen Lazard, who had 40 catches for 513 yards and eight touchdowns last season. No other wideout currently on Green Bay’s roster, including newcomer Sammy Watkins, had as many as 400 yards receiving last season.

Green Bay didn’t address the receiver issue Thursday and instead focused on defense in the first round by taking a pair of Georgia teammates, using the 22nd overall selection on linebacker Quay Walker and taking tackle Devonte Wyatt at No. 28.

The Packers haven’t selected a wide receiver in the first round since taking Florida State’s Javon Walker 20th overall in 2002.

But this is the highest the Packers have taken a receiver since the Walker pick. While Hendrickson wouldn’t say whether the Packers tried to trade back into the first round on Thursday to pick Watson, he did bring up something his old boss with the Baltimore Ravens, Ozzie Newsome, used to say.

“I spent a lot of years in Baltimore and [Newsome] would always say, ‘A pick is just a pick until it becomes a player,'” Hendrickson said. “And from that standpoint, if you love the player, you just find a way to get him.”

Information from Associated Press was used in this report. 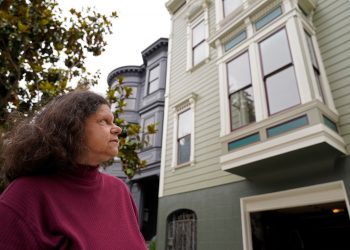 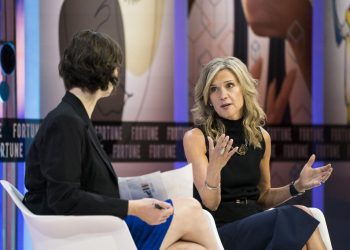 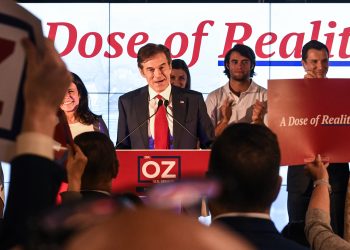 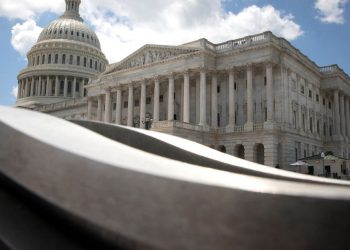 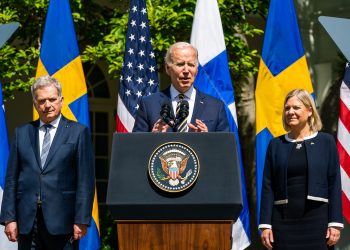