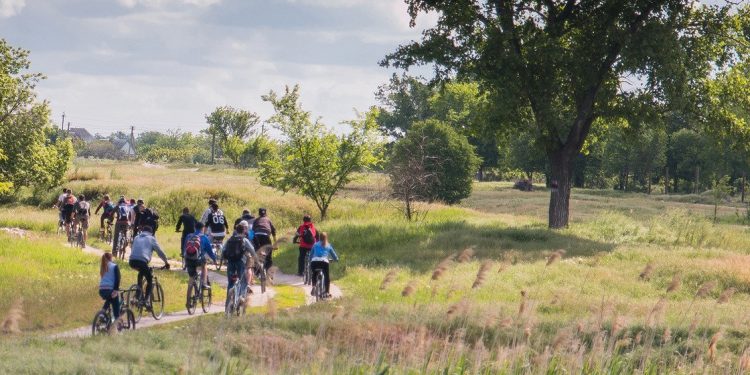 Valentina and Tetiana Denysenko were forced to flee Donetsk in eastern Ukraine after armed conflict broke out there seven years ago. They moved to the Kharkiv region and founded a mini-farm, Green for You, where they now grow lettuce, herbs, and microgreens – young shoots that are harvested as soon as they begin to grow. Every month, restaurants order 300 kilograms of produce from the sisters.

‘Svidomo Made’ in Ukraine

This is one example of the kinds of projects and initiatives supported by the UN migration agency (IOM), through its economic empowerment program which, in 2016, provided equipment for Green for You.

In order to create a network of similarly responsible businesses, IOM launched a pilot project called “Sustainably Made in Ukraine (Svidomo Made)” in November 2020, which led to the development of the first voluntary Corporate Sustainability Standard for small and medium-sized enterprises in the country.

The Standard  takes into account the Principles of the UN Global Compact – which include protection of human rights, ethical labour practices, environmental responsibility, and anti-corruption – international best practice, and national legislation.

In a recent survey, a quarter of Ukrainian consumers polled said that they regularly refuse to buy a brand’s product if they disagree with its stance on social and environmental issues. At the same time, half of the respondents said that the most important aspect of corporate social responsibility is the protection of the rights of employees and decent working conditions, whilst a third indicated that sustainability and environmental protection are important.

The study also showed that 75 percent of SMB leaders are willing to accept the voluntary Corporate Sustainability Standard because its principles reflect their own values.

The large impact of small business

Through the Svidomo Made project, consumers in Ukraine have become more aware of innovative businesses that support sustainable solutions. “The term ‘corporate sustainability’ is usually associated with big brands and corporations,” said Anh Nguyen, Head of the IOM Country Office in Ukraine. “People think it has little to do with micro, small and medium enterprises. However, they are the driving force behind the economic development of Ukraine, providing more than half of the country’s GDP. So, while the impact of a single micro or small business may seem small, their combined impact can be huge”.

For Valentina Denysenko of Green for You, the small business that she runs with her sister, the goal is to support sustainable consumption and production, using only eco-friendly packaging and waste-free technologies, but also to help children to understand why it’s important to learn about the world around them.

“We are going to launch a pilot project in two schools and help children create urban farms in the classroom,” she says. “The smartphone generation has no idea how plants grow, or how they end up on supermarket shelves. We want to educate them, and change their eating habits, by explaining that adding salads and microgreens to their daily diet is good for their health”.

This story is part of multimedia UN News series featuring prominent women leading initiatives for a more sustainable, equitable future, published ahead of this year’s International Women’s Day on 08 March.