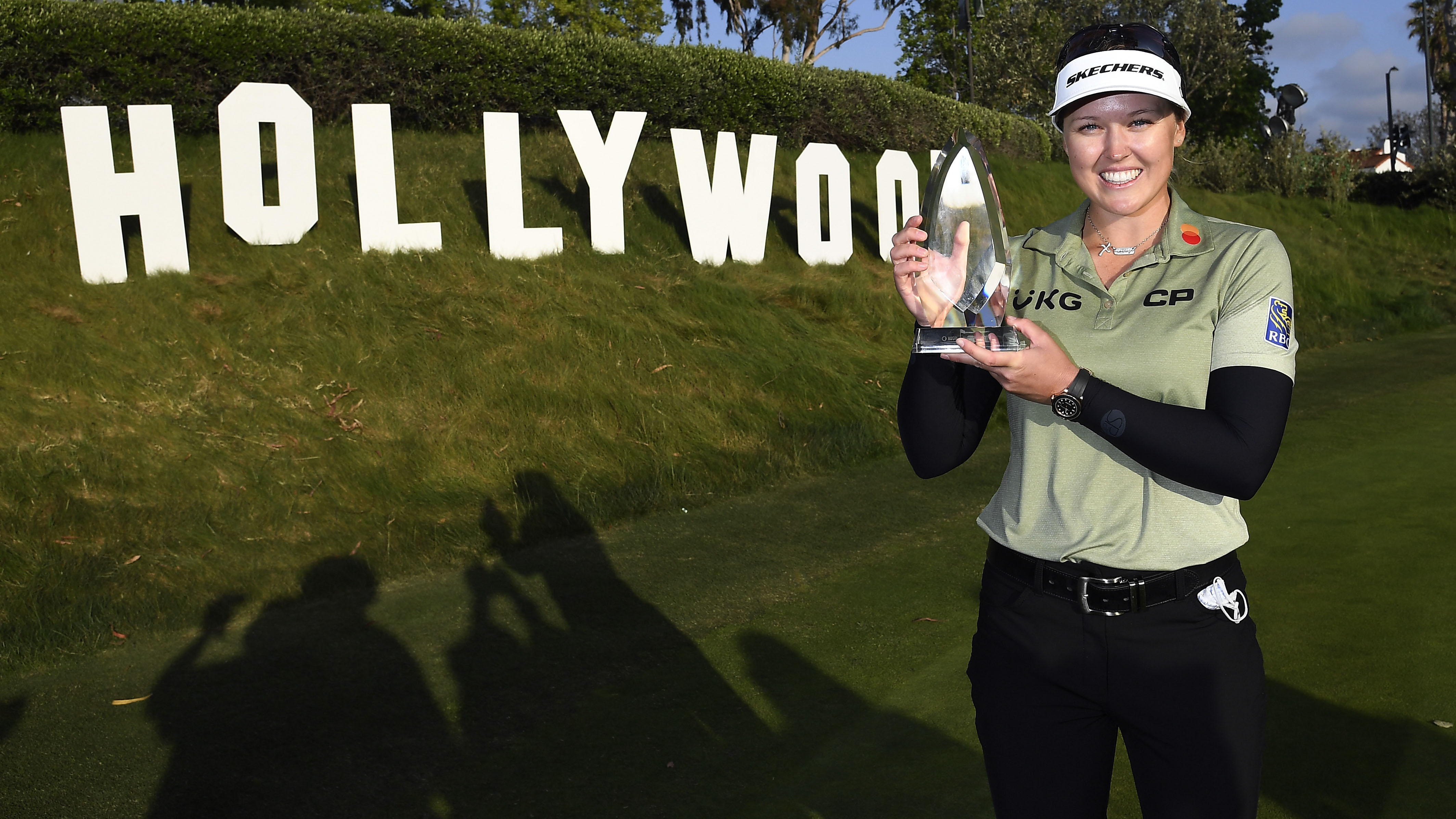 Green matched the low round of the day with a five-under 66 at Wilshire Country Club, highlighted by an eagle two at par-4 14th when she holed a putt from just off the putting surface.

But the Australian couldn’t deny Henderson her 10th LPGA title, whose 16-under 268 total was one clear of Jessica Korda.

Starting the final round in a share of fifth seven shots behind overnight leader Korda, Green birdied the 2nd and 6th holes and added another on the 15th to go with her eagle.

Henderson charged home on Saturday with a 67 that included a chip-in for birdie on the par-3 12th and getting up-and-down for par on the last – overturning a four-shot deficit at the start of play.

“I think as I age I’m getting more nerves,” Henderson said.

“But I was just really happy with how I went out today.

“I was a lot of shots back, but I just said to myself to keep the same game plan and try to make as many birdies as I could.

“I think as I age I’m getting more nerves. But I was just really happy with how I went out today.” – Brooke Henderson

“I’m just really happy with how everything turned out.”

The sixth-ranked Henderson won for the first time since June 2019, breaking the tournament record of 14 under set by Australian Minjee Lee two years ago.

Korda closed with a 72, missing a chance for her second victory of the year after leading after each of the first three rounds.

World No.1 Jin Young Ko struggled in the conditions and her final round 72 left her alongside Green.

“Wind was difficult out there … I couldn’t focus on my game.”

Gabriela Ruffels (71) tied for 17th at five under, Lee was three shots further back after a 70 while the remainder of the Australian contingent struggled with Su Oh (70), Sarah Kemp (71), Sarah Jane Smith (77) and Katherine Kirk (70) all finishing over par.

2021 NFL schedule: Tom Brady’s Bucs set to play host in regular-season opener and here’s who they should face

Mr. Football winner to repeat his senior year at Beechwood

Kenny Mayne is leaving, Chris Berman is staying at ESPN