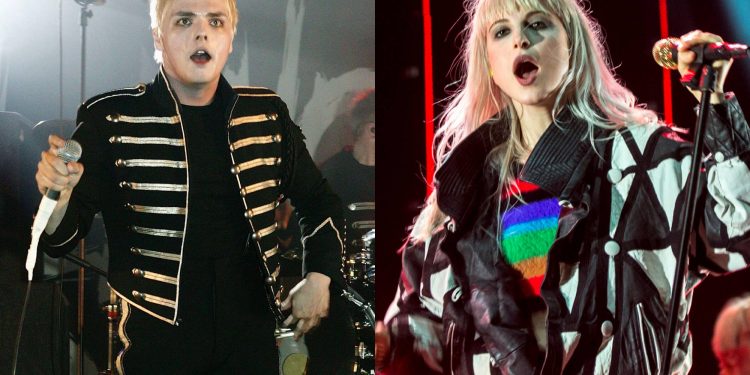 
When We Were Young Festival has announced a huge line-up that includes My Chemical Romance and Paramore as headliners.

The festival, described as “an epic line-up of emo and rock bands from the past two decades”, will take place this October in Las Vegas. Fans can sign up for the pre-sale, which starts on Friday January 21, here.

My Chemical Romance and Paramore will headline the event. It is the first new Paramore show to be announced since the group announced their hiatus in 2018.

Paramore have released five studio albums to date since 2005’s ‘All We Know Is Falling’.

Other acts on the line-up, which you can see below, include Bring Me The Horizon, Bright Eyes, The Used and more.

Announcing their comeback, Paramore tweeted news of the show along with the line “We’ve missed you.”

we’ve missed you. we’re playing When We Were Young Fest in Vegas on Oct 22nd.

register for pre-sale now at https://t.co/y4F18MAQsO

Last November, Paramore frontwoman Hayley Williams teased the return of the group in 2022.

The singer, who released her debut solo album ‘Petals For Armor‘ in 2020 and its follow-up ‘Flowers For Vases / Descansos‘ earlier this year, hinted at her band’s comeback in a newsletter sent out on November 26.

“Before I go, thank y’all so much for the incredible support these last couple years. I know we didn’t get to properly come together to sing and vent and sweat it all out…but I do think that Petals and descansos lived exactly the lives they were meant to. Besides, Paramore can’t be ‘on a break’ forever now can we?” she wrote.

Williams rounded off the newsletter with; “I love y’all. See you sometime next year?”

Paramore last released an album, ‘After Laughter‘, in 2017 and performed some live shows in support of it.