Growing up in Alaska prepares you for anything 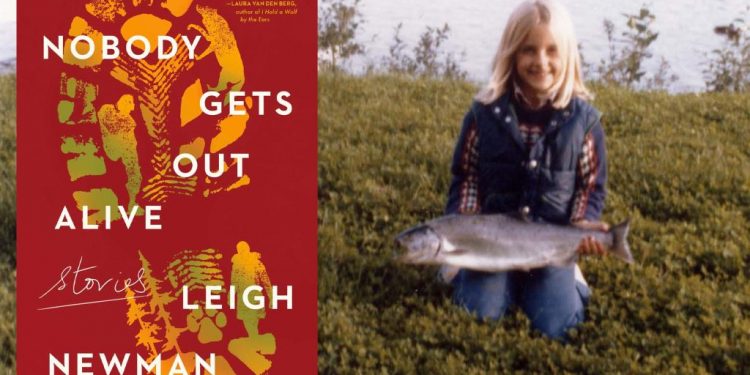 
During the pandemic, Leigh Newman’s Alaska upbringing really kicked into high gear. At one point, she made preparations in case there was a complete social breakdown in NYC, where she now lives.

“I have a house in rural Connecticut that’s my pretend Alaska. I have chickens. If I’m disconnected from society, I can go shoot birds,” she says with a laugh. “I had 6 months of food, water, lifejackets and gatorade. Then, I bought a raft. And I thought, ‘Someone is going to fight me for this raft.’ I was prepared to launch it from Carroll Gardens into the Gowanus Canal. I said to my kids, ‘Tell no one we have this raft.’”

She pays tribute to her home state in her collection of short stories, “Nobody Gets Out Alive” (Scribner), a Kirkus-starred collection of tales of remote wilderness, railroad camps, broken marriages, Alaskan suburbs — and yes, moose dogs, which are exactly what they sound like: hot dogs made of moose. (Her 2013 memoir about growing up in Alaska, “Still Points North” was a finalist for the National Book Critic Circle’s John Leonard Prize.)

“I am tough,” she acknowledges. “I grew up hunting my own food and flying airplanes. My dad treated me like one of the guys. I had my own pistol. You have to know how to do a lot of things.” It’s necessary in a place where preparation can mean the difference between life and death.

“When stuff catches on fire, there’s no fire department. I’ve lost a friend to a black bear that they ran into on a hike. You always hear these stories. In Alaska, you can’t think that you have more power than mother nature. Thinking you know it all is when people die.”

While she has lived in New York on and off since 1993 — ten years were spent as a travel writer, during which time she was frequently away — she fully settled in 2004, when she became pregnant and moved to Brooklyn.

While the city is certainly a change from her home state, it’s not as different as you might think.

“NYC and Alaska are both survival cultures,” she says. “People speak plainly and, at the same time, are aware someone might hurt them if they speak too plainly. People are very open and welcome. [Alaska] is a frontier culture and full of personality and eccentricity — and in many ways, so is New York.”

“On TV, people from Alaska are often toothless and driving ice roads,” she says. “In reality, the intelligence of most Alaskans is pretty high. A lot of people came to Alaska to make it; they’re very entrepreneurial, maybe social misfits. [In the book]I wanted to show a side of Alaska that did not show people living in Alaska in the bush, under a tarp — but people doing real jobs. An accountant who’s also a bush pilot. Being a lawyer, but climbing mountains on the weekend. I wanted to show the tight bonds of the community. I wrote it because I love it.”

A Bowel Resection Is Not an Obstacle to Love

A Bowel Resection Is Not an Obstacle to Love