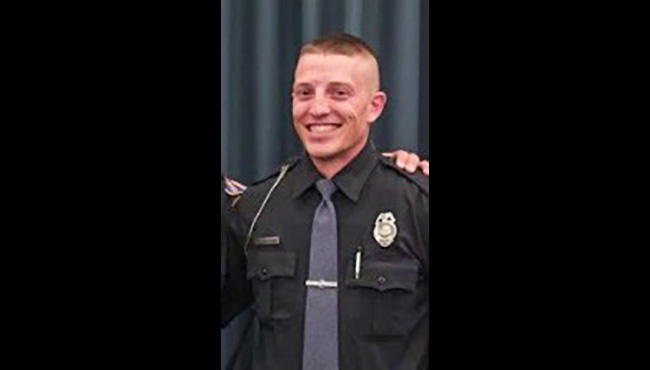 “In the interest of transparency, to reduce on-going speculation, and to avoid any further confusion, I am confirming the name already publicly circulating — Christopher Schurr — as the officer involved in the April 4 Officer Involved Shooting,” GRPD Chief Eric Winstrom said in a Monday release.


Videos show what led up to GRPD officer shooting

In a statement, City Manager Mark Washington said Winstrom had given him a heads up he was releasing Schurr’s name. He said he “support(s) the decision and appreciate (Winstrom’s) leadership and commitment to transparency.”

The announcement comes after weeks of family, community members and civil rights activists — including Rev. Al Sharpton’s at Lyoya’s funeral last week — calling on GRPD to release the officer’s name. Winstrom previously said he would not release the name unless or until the officer was charged.

“Are you saying … that if he’s never charged, we’ll never know his name? Are you setting a legal precedent now that if a policeman kills somebody on video tape that he’s holding down and shoots in the back of the head, that if the grand jury don’t charge him, that we will never know his name?” Sharpton said at the funeral. “I come from New York to tell you that we’re not going to let that precedent stand.”

Ven Johnson, one of the attorneys representing the Lyoya family, on Monday criticized the delay in releasing the name.

“An intentional three-week delay in releasing the name of the involved officer, which they clearly knew at the moment of the shooting, is offensive and the exact opposite of being ‘transparent’. Once again, we see the Grand Rapids Police Department taking care of its own at the expense of the family’s mental health and well-being.”

“…(P)olice reform requires evaluating many long-standing practices to ensure our actions are consistent with the best interests of the community and the individuals involved,” Winstrom wrote. “City Management, GRPD, the Office of Oversight and Public Accountability, and the Human Resources Department will be assessing our current practice and may explore potential adjustments going forward.”

News 8 typically does not name suspects before they are charged and arraigned. We are releasing Schurr’s name in this case because GRPD did so in light of this high-profile case.

Lyoya was shot by Schurr on the morning of April 4 on Nelson Avenue north of Griggs Street on the city’s Southeast side during a traffic stop. The video released by GRPD shows that there was a struggle that included Lyoya grabbing Schurr’s taser. Schurr, who was atop Lyoya as the two struggled, shot him once in the head, killing him.


Chief willing to review any policy after Lyoya shooting

MSP released a statement Friday morning saying it is “sensitive to the need to complete (the investigation) in as timely and efficient of a manner as possible,” but also noting that “gathering all the facts and documenting every piece of evidence takes time.” The agency did not have a timeline on moving the case forward.

The Kent County Prosecutor Chris Becker will decide whether Schurr’s use of force was justified or whether charges should be issued. Becker declined to comment on the release of the officer’s name.