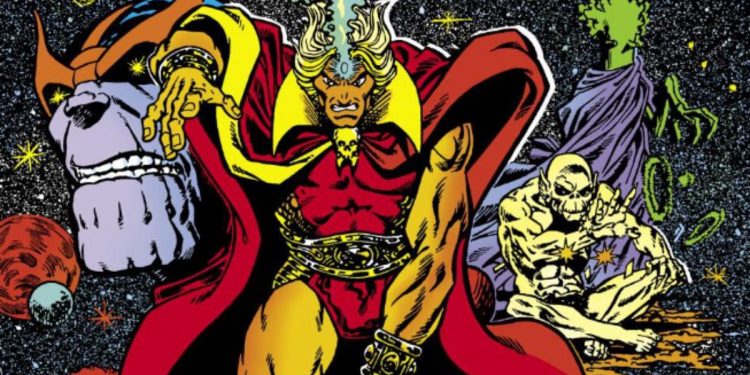 
How do you play a perfect person? That’s the challenge posed to actor Will Poulter, who’s preparing to play Adam Warlock in the upcoming Guardians of the Galaxy Vol. 3.

In a discussion with The IndependentPoulter described his process for getting into shape for the role. In short, it sounds a bit intense: “I wouldn’t recommend anyone do what I did to get ready for that job,” he told The Independent. In addition to spending lots of time in the gym, Poulter has been adhering to what he calls “a very, very specific diet.” That diet includes “quantities of food you wouldn’t necessarily want to ingest. And other times not enough food.”

Outside of his diet, Poulter can reveal little about his character. “It’s difficult talking about it because with Marvel it’s all secret squirrel…but the most important thing is that your mental and physical health has to be number one.” Physical goals must be “secondary,” the actor explained, because otherwise “you end up promoting something that is unhealthy and unrealistic if you don’t have the financial backing of a studio paying for your meals and training.”

Both Poulter’s fitness regimen and his concern for others are actually very much in line with his Guardians character Adam Warlock. Warlock first appeared in a 1967 Fantastic Four story by Stan Lee and Jack Kirby. He was introduced there as “Him,” the perfect specimen created by duplicitous scientists. However, the character came into his own when handled by writer Jim Starlin, who gave him the moniker Adam Warlock and reinvented him as a galactic messiah who wandered around space looking for inner peace. More importantly for the current pop culture landscape, Starlin made Warlock the keeper of the Soul Gem, the first of the Infinity Gems, and often pitted him against his ideological counter, Thanos the Mad Titan.

U.S. Dollar Is On Our Radar

Britney Spears announces she is pregnant with her third child: I am having a baby – USA TODAY

Britney Spears announces she is pregnant with her third child: I am having a baby - USA TODAY