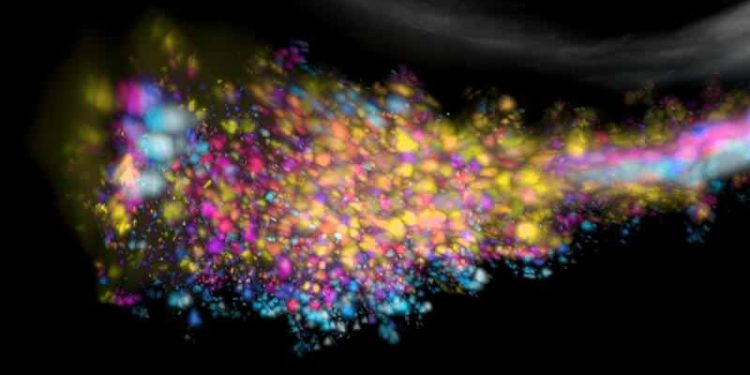 
Gut microbes can regulate the exocrine and endocrine functions of the pancreas and hormone production of the gastrointestinal tract, findings that may help develop potential treatments for diabetes and other diseases, a team of researchers from Boston College, Joslin Diabetes Center, and Maastricht University, Netherlands, report in the journal Diabetes.

The team’s findings open a new avenue to better understand the interplay between gut microbes and the pancreas, said Boston College Assistant Professor of Biology Emrah Altindis, a co-author of the report. In the long term, these findings have the potential to help develop novel gut microbiota-based therapies to normalize pancreas function in obese diabetes patients.

“Our results are quite novel and very exciting,” said Altindis. “To our knowledge, this is the first study showing that gut microbes play this important role in regulating pancreas function, size and secretion of gut hormones in mice.”

The team also confirmed the results of their findings in humans by adopting the approach to treat a group of obese men.

More than 37 million Americans have diabetes and more than 40 percent of the U.S. population is classified as obese, according to the U.S. Centers for Disease Control and Prevention. Previous studies have shown that the composition of the gut microbiota alters with these diseases, however, the role of these altered gut microbiota on the host functions – ranging from hormone secretion to metabolic functions – remain unclear.

The team investigated the role of gut microbes on pancreas function using mouse models of obesity and diabetes, said Altindis. The pancreas was the central focus because the organ secretes hormones that regulate host metabolism as well as enzymes for digestion. Its function is impaired in diabetes.

The team employed two commonly used antibiotics – vancomycin and metronidazole – to “remodel” the gut microbiota in mice that had been fed a high-fat diet (HFD) and a control group fed a balanced food chow product. As a result, these mice were not only obese, but also insulin resistant like millions of Type 2 Diabetes patients, Altindis said.

All mice on the high-fat diet became obese, compared to the control group. A subgroup of the obese mice was treated either with the vancomycin or metronidazole antibiotics – which effectively remodeled the gut microbiota – and while this sub-group remained obese, these mice showed increased insulin sensitivity. These mice with remodeled gut microbiota were less diabetic, and more glucose tolerant compared to obese mice that did not receive the antibiotics, said Altindis.

“This consistency in our results in both lean and obese mice suggest that the effects on host metabolism are independent from the diet and/or fat mass, but directly related to the altered gut microbiota composition,” said Altindis.

This alteration of pancreatic enzymes was specific to “obese” mice and it was not observed in the lean mice, indicating that lean mice did not have similar alterations in pancreas function with the antibiotics, Altindis said. The finding further confirmed the harmful effects of a high-fat diet on pancreatic function.

Among obese mice treated with antibiotics, the team found that gut hormones produced by the gastrointestinal system – which are central to regulating metabolism – returned to normal levels comparable to those of lean mice.

In order to test that the effects on gut hormones are 100-percent gut microbiota-driven, the researchers turned to a germ-free mouse model, one that does not carry any microbes, Altindis said.

“When we transferred the gut microbiota of antibiotic-treated mice to germ-free mice gut, they showed all the effects observed in the donor mice proving that gut microbes are responsible for these effects on the gut hormones and directly regulating host gut hormone production processes,” Altindis said, noting that the sterile mice did not receive antibiotics.

To prove whether their observations held true in human patients, the team studied fecal samples obtained from insulin resistant, obese men who had been treated with vancomycin for one week.

“We showed that one week of vancomycin treatment was sufficient to alter their pancreas enzyme levels, a very similar result to our findings in mice,” said Altindis. “We are working on follow up studies to better understand the underlying mechanisms and identify specific bacterial species and products leading these functional alterations.”

The future challenge is to determine the single bacterial species or bacterial products that are responsible for the observed effects, said Altindis. In addition, further studies are needed to determine to explain the link between altered exocrine function in diabetes and obesity patients and their gut microbiota.

The research was supported by the National Institutes of Health, the NIH’s National Institute of Diabetes and Digestive and Kidney Diseases, the G. Harold & Leila Y. Mathers Foundation, Joslin Diabetes Center, and TI Food and Nutrition of the Netherlands.