‘Halloween Ends’ slays the competition at the box office 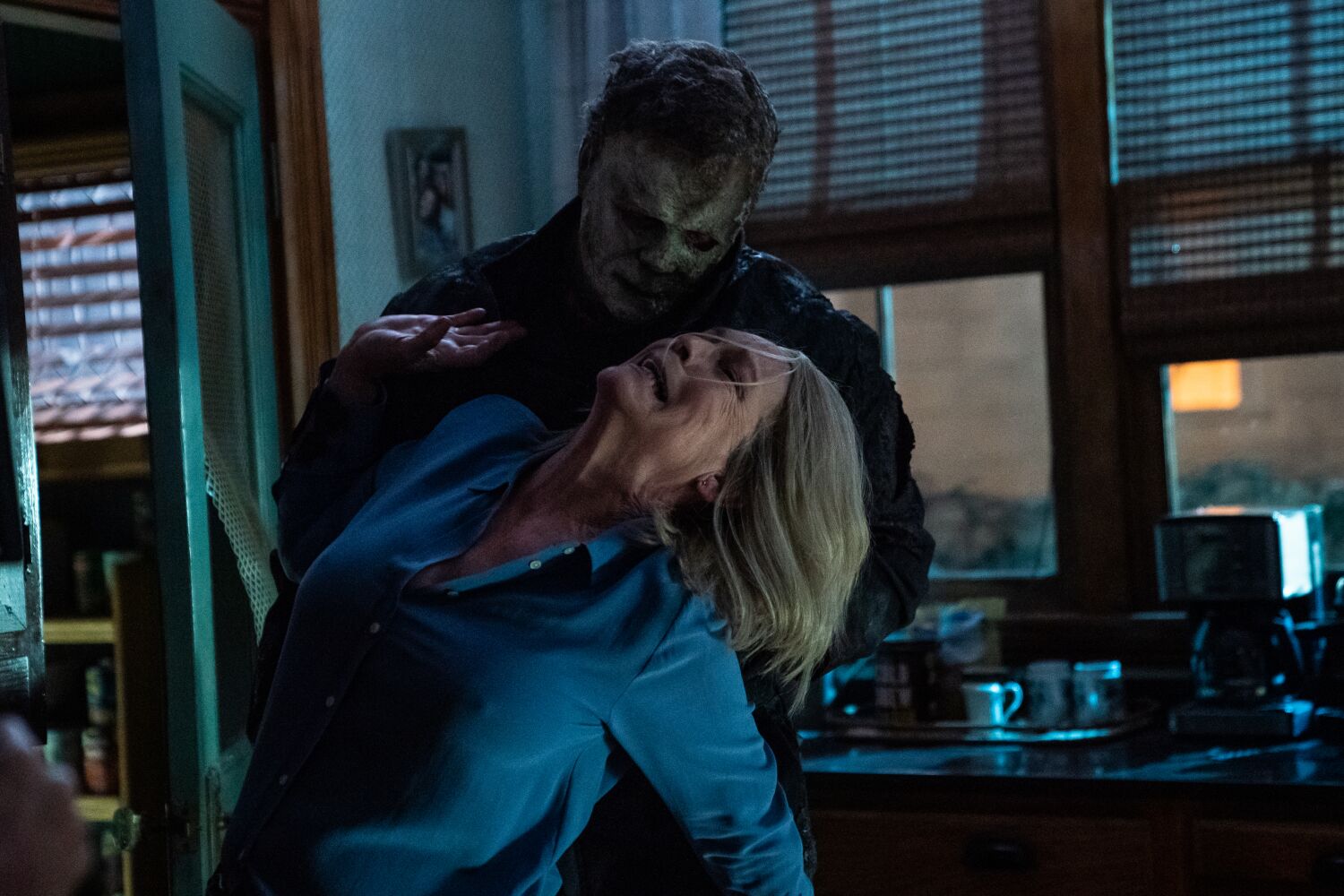 Universal Pictures’ “Halloween Ends” slashed through the competition this weekend at the domestic box office, opening to $41.3 million, according to estimates from measurement firm Comscore.

“Halloween Ends” received a lackluster 41% rating on review aggregation site Rotten Tomatoes, as well as a dismal C-plus grade from audiences polled by CinemaScore. According to Universal, the scary movie was most popular among 18- to 34-year-olds, while 26% of moviegoers were 35 or older.

“By the time we get to the last act for the final, final denouement (really, it better be final), all of the energy has been sapped, and it feels like a compulsory trudge to the finish line,” writes film critic Katie Walsh for the Los Angeles Times.

“Perhaps that’s the point, that wrapping up this 40-year-plus franchise should be more funeral march than fun. But we come to these movies for the thrills, the chills, and the screams, yet even the kills in ‘Halloween Ends’ feel perfunctory at best. Perhaps it’s for the best that it ended this way, without leaving us bloodthirsty for more.”

The film’s domestic launch didn’t live up to projections or to that of its predecessor, “Halloween Kills” — which smashed the opening-weekend box office record for a pandemic horror release with $49.4 million last year. The first entry in the most recent “Halloween” trilogy debuted at $76.2 million in 2018.

It’s worth noting that some of the latest sequel’s opening-weekend gross was likely lost to Peacock, which began streaming “Halloween Ends” the day it hit theaters.

“Generally, a theatrical first model is best for the greatest shot at not only revenue generation, but the boost that the prestige and exclusivity of a movie theater exclusive run provides for any movie that has a window before hitting the small screen,” said Paul Dergarabedian, senior media analyst at Comscore.

When Does It Make Sense to Refi with High Interest Rates?

Illini football has gone gonzo! How far will the Orange and Blue Express go?

When choosing a media streaming...

Illini football has gone gonzo! How far will the Orange and Blue Express go?