Home » Harry and Meghan Time magazine cover: The meaning behind their outfits and the hidden nod to Diana

Harry and Meghan Time magazine cover: The meaning behind their outfits and the hidden nod to Diana 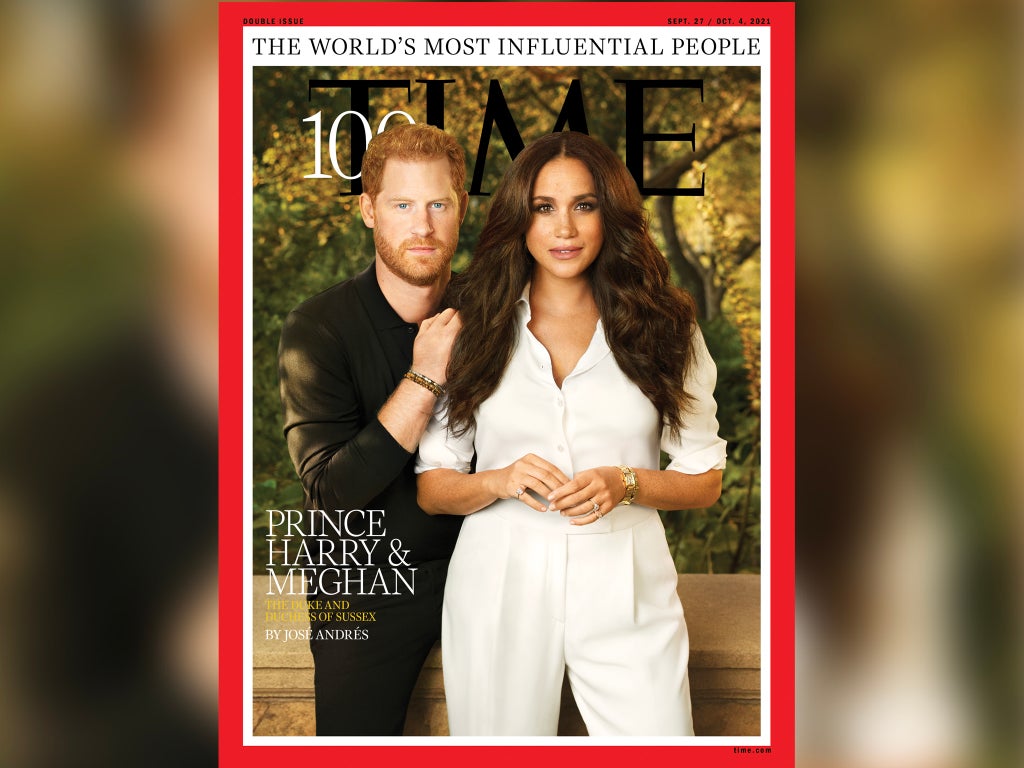 The Duke and Duchess of Sussex have been named by Time magazine as two of the world’s 100 most influential people, appearing on one of the magazine’s covers on Wednesday.

It marks the first time Prince Harry and Meghan Markle have posed together formally for a magazine cover shoot. They were photographed by Pari Dukovic.

The couple were dressed by top stylists Nina and Clare Hallworth, who are renowned for putting together looks for celebrities including Jennifer Aniston, Kirsten Dunst, Brad Pitt and Jake Gyllenhaal.

Meghan wears a crisp white shirt with the sleeves rolled up and tailored white trousers, while Harry wears a black shirt and beaded bracelets in their cover photograph. The contrasting colours make Meghan the focal point of the cover.

Time editor in chief and CEO Edward Felsenthal wrote in his letter to readers that Harry and Meghan have “catalysed essential conversations on topics from mental health to misinformation”.

The Duchess also appears to have made a subtle tribute to Diana by wearing the gold Cartier Tank Francaise watch that belonged to the Princess of Wales on the cover.

According to Time and Tide Watches, the watch previously belonged to Prince William after the brothers divided Diana’s personal possessions following her death.

Harry had initially taken Diana’s diamond and sapphire engagement ring, but William asked to swap heirlooms so he could propose to Kate Middleton with their mother’s ring in 2009.

The gold Cartier watch was later passed on to Meghan when she married Harry.

Meghan’s hair was styled by Serge Normant, who also styled her hair on her and Harry’s wedding day in May 2018.

This time, Normant created loose waves with plenty of volume on the duchess. Harry stands by her side, but behind her, with one hand resting on her shoulder.

“It gives me Beyoncé vibes showing us girl power – backed up by her man, her prince leaning on her showcasing the female empowerment, she’s wearing the trousers with her big hair,” he said.

A second photograph of the couple, taken in their home in California, show them wearing matching colours.

Standing in a doorway, Harry wears an olive green suit, while Meghan poses in a matching olive green turtleneck and charcoal grey trousers. The duchess opts to pull her hair back in a bun with loose strands framing her face in the second image.

The images coincide with Harry’s 37th birthday on Wednesday.