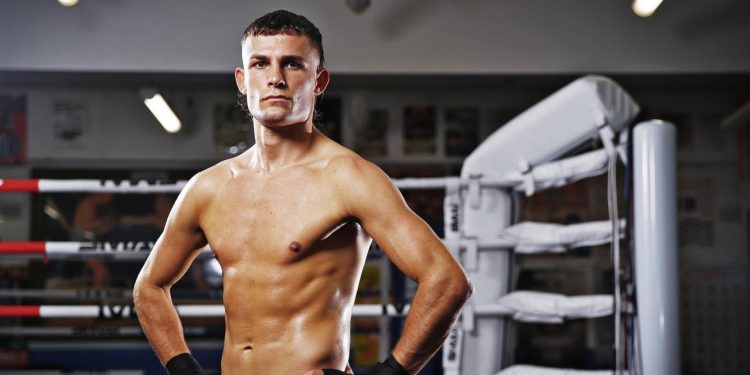 
It was the line that turned heads at Monday’s press-conference: “I’m not going to say he’s going to beat you but he’s going to give you a lot of problems.”

The line was delivered by none other than Jeff Fenech, one of Australia’s most respected voices and a former world champion, as he questioned why Harry Garside (1-0), a young man with a bright future, had opted for such a tough second professional fight against Manuer Matet (4-1-0).

“Harry’s certainly got one hell of a fighter in front of him,” Fenech continued, speaking in front of Garside alongside his own fighter Hassan Hamdan who will take on Ryan Cotten.

“I’m proud of Harry for doing it but it’s not a fight I would’ve had for my guy having his second fight. I would’ve maybe looked at it for down the road, so I think it’s been a very, very brave decision for Team Garside to do this and I’m sure they’re ready.”

In response Garside, who won Australia’s first Olympic medal in boxing in decades in Tokyo, said Fenech’s rationale was why he was not working with Fenech.

“That’s why he’s not my coach because I want to test myself,” Garside told foxsports.com.au from the Hordern Pavilion.

“I don’t want to be fighting taxi drivers, making my family and friends pay for tickets, flights are expensive, this stuff is expensive, I’m from Melbourne and my mates, who are working class, are coming up and spending money to take half of Tuesday up, all of Wednesday off work, and they’re coming up to support me and I don’t want to be fighting people who I’m just going to knock over in one round.

“I want to be fighting people who are actually a challenge and I have to bring the best version of myself.

“If Jeff wants to go with this guy, that’s up to him. But I don’t want to do that throughout my career.”

Garside’s emphatic, though respectful, response summed up the rising 24-year-old.

The Melbourne boy does not want to follow the path most boxers go down.

Where most, including Matet, engage in slanging battles, Garside has no issue biting his tongue.

Respect is what he wants and what he will offer to his opponents.

“To be honest, I don’t even think about that,” he says.

“I’ve always looked at boxing as a sport and that’s all it is at the end of the day. You can try your best to trash talk, and I know heaps of fights internationally who do so, Muhammad Ali, I’ve got him tattooed on my leg, and he kind of started trash talk, but I’ve never been about that.

“I don’t think that I’ll ever trash talk.”

After Matet, who fired shot after shot including that he would kill Garside during their press-conference, headed for the door half-an-hour later, the Sudanese-born boxer shook hands and farewelled his opponent.

“All the best brother,” Garside said in response.

“That’s nice,” he added, after Matet had walked away.

The question is why?

“My boxing team around me, my coach Brian Levier, Johnny Lewis, they’ve never been like that,” Garside explains.

“I’m just focused on preparing as best as I can and showing up.

“I used to look up to people like Shane Crawford and Jimmy Stynes, AFL football players, you never heard them in the news for a bad reason, Cathy Freeman, she was unbelievable, Ash Barty, how good is she. These people, you never heard them talking smack about their opponents and in any way, shape, or form. It’s just a sport.

“Win, lose, or draw, obviously I want to win, I’m competitive, I’ve got a massive ego, but provided you’ve done your best that’s all you can.”

While Garside did not agree with Fenech’s “slowly, slowly” approach, he does agree Matet is no walkover.

But the bronze medallist, whose professional career began with an early TKO victory over Sachin Mudaliar last December, believes he will prevail.

“He showed in his last fight that he’s tough. He’s obviously never been stopped. It’s going to be a good, hard fight.

“I’ve never fought anything over three rounds. I hope it goes deep, it’ll be a good fight then. I want to see what it’s like to be going eight, nine, 10 rounds. But I predict a late stoppage for sure.”