Harry Maguire rises above boos to remain resolute for England 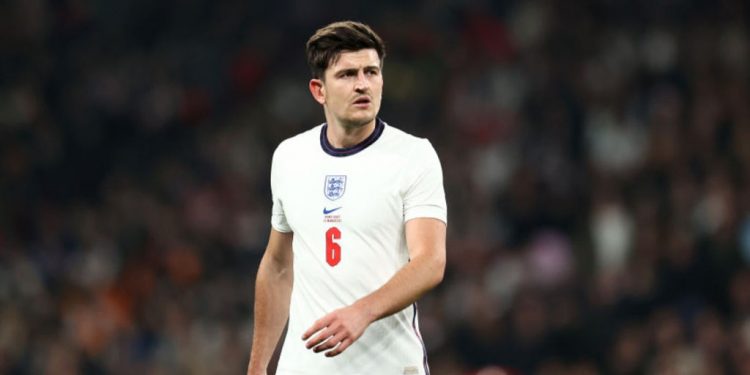 There was a moment midway through the first half of England’s comfortable win over Ivory Coast where a scooped, mis-hit back pass ballooned into the air and began to drop above the head of Harry Maguire. It is a sizable head, as you may have heard, and was at one time enough to earn him cult status among the supporters who follow him. You might call it his defining feature.

Except, it isn’t. Though built like your archetypal centre-half, a bit top-heavy and as wide as he is tall, Maguire’s gifts are in his feet. As the ball fell from the sky above him, he did not head it away. Instead he backed up, set himself and plucked out of the air with one of the finest first touches witnessed all evening at Wembley, which sent a ripple of applause and a gentle coo around the crowd.

You wondered, at that moment, if some of those staying silent had something of a guilty conscience. Wembley’s response to that first touch had been very different to the one which followed Maguire’s name before kick-off, when a small but vocal minority in attendance inexplicably booed their own player. It was not the first time it has happened to Maguire recently, either.

Sarcastic cheers met his late substitution in Manchester United’s Champions League defeat to Atletico Madrid earlier this month. That was a new and depressing low in the United captain’s Old Trafford career and every bit as disappointing as the reaction here at Wembley. There was also a similar smattering of jeers in the hour or so before kick-off against Switzerland on Saturday, when he was announced as one of the substitutes.

This time was louder and more sustained than in either of those incidents, though, if just as inexplicable. Maguire’s name was first booed when it was read aloud as part of the starting line-up on Wembley’s PA system. His first touch here was then greeted with a similar volume of jeers. Each time the ball went near him in those opening minutes, there were the boos again but a little quieter, until there were no boos at all.

It was as if those intent on tearing down one of their own could not even be bothered to keep the charade up. And thankfully, there were some shows of support too. Not long after that delicate first touch and sprinkle of applause, the England band began to play along to Maguire’s song, to the tune of “La Bamba”. It did not strike up a chorus of the defender’s chant among the rest of the crowd, but that is nothing unusual for one of these friendlies.

There soon followed a characteristic dart forward with the ball by Maguire from deep in his own territory. It initiated the move that led to Ollie Watkins’s goal. Watch a replay of the second, you will notice that Maguire’s direct, forward pass leads to Raheem Sterling’s too. The centre-back’s ability on the ball – both passing and dribbling – is a drastically underrated aspect of his game.

It was one of the reasons why he was promoted so quickly to the status of starting centre-back by Gareth Southgate shortly after his international debut, and the England manager stressed that point earlier this week when asked about Maguire’s recent malaise. “We’ve got a player here who has been exceptional for England and has almost, with John [Stones], changed the type of football we’ve been able to play from the back over a period of time.”

Perhaps the most galling aspect of the booing of Maguire was that, while even his fiercest advocates would admit he has at times been desperately poor for United this season, he has practically always performed well for his country. With a clean sheet and a hand in both goals, this was another performance where England looked like a better team with Maguire in the side.

Southgate has made that point repeatedly and reiterated it all over again this week. “He’s been a cult hero for England and he’s been a critical part of us getting to a World Cup semi-final and the European Championship final in a tournament in which he was one of the players of the tournament and named in the team with the tournament.”  He could not have done much more to earn the respect of his own supporters.

But as Southgate surely would agree, that is not really the point either. Regardless of how Maguire has played for England, and regardless of how he has performed for United, he deserves better than to be booed by his own at both club and international level. Every player does. These recent incidents at both Old Trafford and Wembley are depressing responses to the form of a player who is far better than his detractors believe.