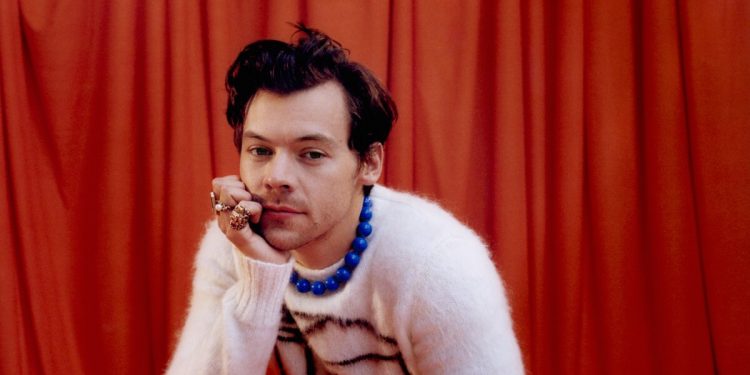 
Would you believe it? After a three-year drought, Harry Styles’ third solo record, “Harry’s House,” is almost here, just in time for summer.

The highly anticipated follow-up to the pop musician’s Grammy-nominated sophomore album, “Fine Line,” is set to arrive Thursday at 9 p.m. Pacific. And to all the fans who simply cannot wait three days and five hours (but who’s counting?) to inject more Styles content directly into their veins — we see you, and we’ve got you.

After listening to the singer’s latest studio album early and on repeat (for science), we can confirm that “Harry’s House” is chock-full of summertime bops, jubilant horn sections and lyrical nods to L.A. — as well as what appears to be a sonic love letter to “Don’t Worry Darling” director Olivia Wilde, whom Styles is rumored to be dating.

Last month, the former One Direction heartthrob told Better Homes & Gardens he was initially hesitant to make “fun music” on his own because he wanted to be “taken seriously” as a solo artist. Three solo albums in, that pressure has dissipated — as evidenced by “Harry’s House,” which is nothing if not unapologetically fun.

“Finally, it doesn’t feel like my life is over if this album isn’t a commercial success,” Styles told the magazine.

For good reason, this writer is not a Harry Styles critic, so be sure to look out for the The Times’ official review of “Harry’s House” closer to the album’s release. Until then, here are some key takeaways to get you through the week.

Harry is in love

And he doesn’t care who knows it. By our calculations, at least eight of the 13 songs on “Harry’s House” are about being madly enamored with someone else.

In the exuberant opening track, “Music for a Sushi Restaurant,” Styles literally shouts into the void, “It’s cause I love you, babe / In every kind of way / Just a little taste / You know I love you, baby,” setting a romantic tone for the rest of the album.

Other especially smitten lyrics sprinkled throughout include, “Now you’re in my life / I can’t get you off my mind,” “There’s never been someone who’s so perfect for me,” “’Cause baby, loving you’s the real thing” and “I will always love you.”

Since exiting his boy-band era, Styles has reclaimed some of his privacy by keeping relatively quiet about his personal life, so it’s unclear exactly what muse (or muses) inspired this lovestruck turn. But it’s easy to read “Cinema” as a valentine to Wilde, the filmmaker and actor who has been romantically linked to Styles since directing him in her upcoming feature, “Don’t Worry Darling.”

“I just think you’re cool / I dig your cinema,” Styles sings on the album’s eighth track. “Do you think I’m cool too? / Or am I too into you?”

Speaking of cinema, “Harry’s House” also contains several allusions to L.A. and L.A. culture — from edibles and yoga to ocean views and Hollywood.

In the song “Satellite,” Styles actually declares he’s “in an L.A. mood.” Plus, there’s a whole track about driving, which is about as L.A. as it gets.

With himself, that is. Despite the domestic title, much of “Harry’s House” — recorded in L.A., Tokyo, Maine, Oxfordshire and London — reflects a sort of nomadic existence.

“I’d follow you to any place,” Styles sings on “Late Night Talking,” followed by tales of riding bikes, driving with “passports in foot wells” and booking rooms at hotels “using someone else’s name.”

In his Better Homes & Gardens profile, Styles explained that he no longer thinks of a home in terms of physical space, so much as a “headspace or mental well-being.”

“I realized that that home feeling isn’t something that you get from a house; it’s more of an internal thing,” he said. “You realize that when you stop for a minute.”

He remembers the one(s) who got away

Not all of the love songs on “Harry’s House” have buoyant hooks and happy endings. And really, would it even be a Harry Styles album without a couple of sad-boy ballads mourning relationships that, for whatever reason, didn’t quite work out?

In “Little Freak,” for instance, Styles is “just thinking about” someone he “disrespected” and lost after he “jumped in feet first and … landed too hard.”

“You never saw my birthmark,” he laments on the wistful track.

The 13th and final song on the record, “Love Of My Life,” is addressed to a soulmate the singer had no choice but to abandon, citing incompatible “coordinates.”

“Baby, you were the love of my life,” Styles sings. “Maybe you don’t know it’s lost ’til you find it / It’s not what I wanted / To leave you behind.”

While speaking with Better Homes & Gardens, Styles opened up about his flawed relationship history, conceding that, “Whether it was with friends or people I was dating, I was always gone before it got to the point of having to have any difficult conversations.”

Like his last two studio efforts, “Harry’s House” features only Styles — meaning no guest artists are listed on the track list.

However, a full breakdown of song credits does reveal a couple of notable cameos. The adorable intro to the album’s lead single, “As It Was,” is a repurposed voice memo from Styles’ young goddaughter Ruby Winston. (She is the child of Meredith Winston and Ben Winston, who was a producer on the 2013 documentary “One Direction: This Is Us.”)

Additionally, John Mayer is credited as an electric guitarist on two songs: “Cinema” and “Daydreaming,” which also uses a sample from the 1978 Brothers Johnson tune “Ain’t We Funkin’ Now.” The more you know.