Has the United Nations outlived its usefulness? 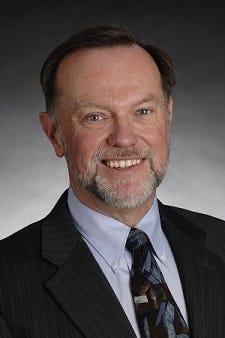 
Ukrainian President Zelensky’s fiery April 5 speech to the United Nations Security Council may be the best “the emperor has no clothes!” characterization of the UN’s total impotence in resolving global crises. Some excerpts are well worth reflection:

“So where is the security that the Security Council must guarantee? There is no security. .. So where is the peace that the United Nations was created to guarantee? It is obvious that the key institution of the world, which must ensure the coercion of any aggressors to peace, simply cannot work effectively.”

Zelensky’s volcanic frustration is understandable: his country has been attacked without provocation by a permanent member of the Security Council – the very organ created to assure global security – and the best the UN can do is issue toothless resolutions. Even kicking Russia off the UN Human Rights Council was an empty gesture – as there are members left who are as egregious human rights violators as Russia.

But the funding goes on. Beyond the UN’s massive operating budget of some $50 billion – of which the US, the largest contributor, pays 22% or about $10 billion – there is also a “Peacekeeping” budget of $6.37 billion, of which the US pays about $1.65 billion. This funds the current 12 UN peacekeeping operations around the world, many of which have been ongoing for decades but few of which – if any – offer much hope for success in the foreseeable future. (“Success” meaning a return to any semblance of stability in the country or region involved.) While there have been some successes out of the 70 some peacekeeping missions since the UN’s inception, those have been overshadowed by monumental failures such as the genocide in Rwanda.

Zelensky goes on to state the obvious: “I would like to remind you of the first article of the first chapter of the UN Charter. What is the purpose of our organization? To maintain peace. Now, the UN Charter is being violated literally from the first article. And if so, what is the point of all other articles? The UN system must be reformed immediately so that the right of veto is not a right to kill. So that there is a fair representation of all regions of the world in the Security Council.”

This is truth to truth – the fragmentation of the Security Council, with the vast divides between the permanent members (P5), who each wield an absolute veto power, means that there is virtually no chance of any possible UN enforcement of global security. And, if anything, the current disunity on the council will only get worse. With Russia intent on disrupting the current world order, China on establishing a new world order, and France and the UK no longer global powers,– only the US is left as the protector of the global system established by the winners of World War II. If the UN was created today, the Security Council would look completely different: in recent years a number of major regional powers have voiced logical reasons for inclusion (i.e., the EU, India, Brazil, and South Africa, among others.)

What the Ukraine war is showing so clearly is that we are at a crossroads. The world can either keep the current UN security system at great cost – both in money and human suffering – with its paralysis in the face of global crises, or undertake serious reform. And despite my eternal optimism about most things, I just don’t see today’s world coming together on such a divisive topic. But failing that, as the Ukrainian president so well concludes: “If your current format is unalterable and there is simply no way out, then the only option would be to dissolve yourself altogether.” Amen!

Ambassador Tibor Nagy was most recently Assistant Secretary of State for Africa after serving as Texas Tech’s Vice Provost for International Affairs and a 30-year career as a US Diplomat.