And this is why African American talent on the biggest platform will continue to not have equal opportunity because people like you constantly tear your own people down. A damn shame honestly.

TMZ had an interview with Mark Henry. Henry is upset because of Rush’s statement and he made comments on his tweets.

“If you go down to the performance centre at NXT, probably 25 I think, people of color in the facility, probably about 80 plus per cent of them I helped get them there. I mean, it’s opposite.”

Henry says Rush is using this as an opportunity to boost his music career and undoubtedly, creating a controversy would bring him a lot of attention.

“He knew that I get a lot of attention. I have a lot of followers, and he released the album, or song, or something, and he wanted to use that to get some attention.

If he would’ve called me, I would’ve done it anyway. We would’ve just worked it. I would have really talked it up, we would have made world news, but now he said something slanderous.”

Mark Henry has also mentioned that Lio Rush should apologize before it is too late.

Henry said, “My lawyer went to Harvard. I don’t know what kinda lawyers he’s dealing with, but I got those Ivy League people around me, and they’re pissed!”

But, there is one thing Lio Rush can do before he finds his ass in a courtroom … say sorry, and really mean it. He needs to apologize.”

Mark Henry wants Rush to apologize for what all he had said. He is in terrible misfit of anger as he believes Rush has misjudged what he has done for people. 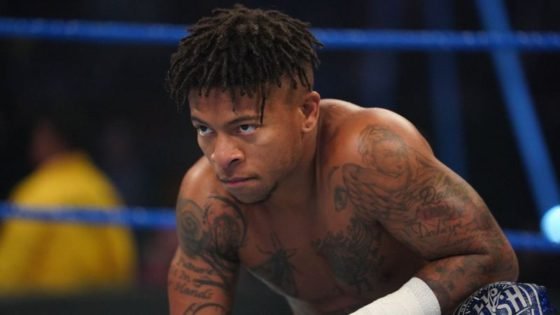 After Henry’s statements, WWE was back on twitter. He made an array of tweets. Rush says that Henry had actually defamed him and that he owes Henry nothing. Read Rush’s tweets below.

That god damn auto correct. Silly me. Listen MARK…. you went on your “Worldwide” podcast with your 1.3 million followers and called me a liar DEFAMING my name. It’s clear that your chasing clout hear. You told on yourself in that TMZ video. This is sad. Real sad. BIG SAD. https://t.co/1GIQmtybfV

And by the way @TheMarkHenry , if you saved my job back then, THANKS. You were my first wrestling toy back in the day. Luckily it didn’t talk.

One more thing if you don’t mind @TheMarkHenry , good for you for getting that 80% hired. I wasn’t one of them though, so i owe you NOTHING. You weren’t signing my checks, nor did I work for you. I DONT EVEN KNOW YOU. Stop being weird. I was taught not to talk to strangers.

It is clear that he does not intend to apologize. Henry is yet to respond to his statements. If Henry proceeds with a lawsuit, things could get awry for both the former stars.

We just get the runaround,' residents say of water problems in Ontario hamlet

Lake searched for missing girl, 16, as two released on bail

Lake searched for missing girl, 16, as two released on bail