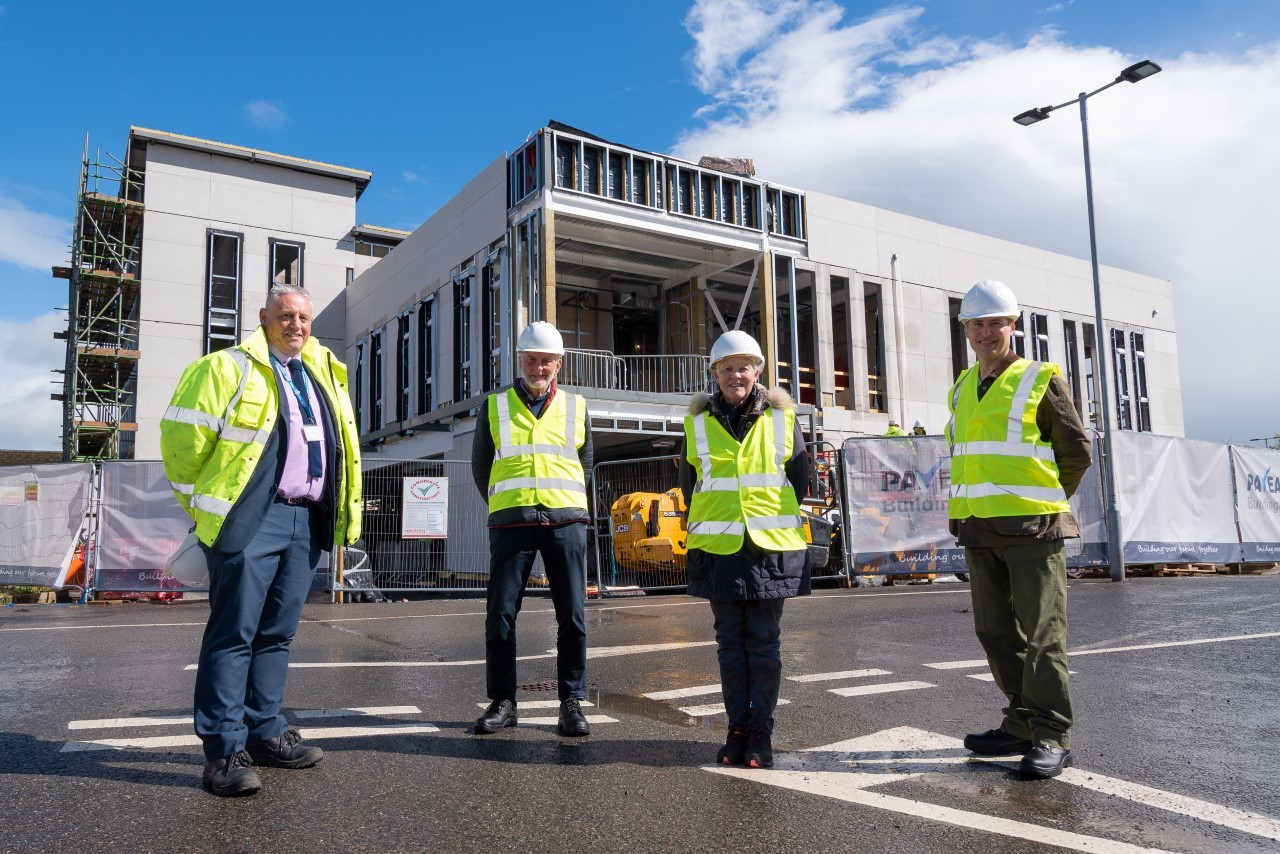 THE charity supporting the building of the first dedicated orthopaedic centre for Armed Forces veterans in the UK at Gobowen’’s specialist orthopaedic hospital has made a progress check.

Work on the state-of-the-art Headley Court Veterans’ Orthopaedic Centre at The Robert Jones and Agnes Hunt Hospital began in June, 2021 following a £6 million donation from the Headley Court Charity.

Headley Court was the leading medical rehabilitation base for members of the Armed Forces before the transfer of those services to a new facility at Stanford Hall, and following that move, trustees of the Headley Court Charity, had been looking for worthy causes in keeping with their ethos and aims to support in the form of charitable grants from their reserves.

Air Vice Marshal Anthony J. Stables, chairman of the Headley Court Charity, visited the RJAH hospital to see the progress of the build.

Mr Stables said: “The principal object of the Headley Court Charity, since inception in 1947, has been the medical rehabilitation of injured members of the Armed Forces.

“The charity revised its objects to include the care of veterans and it thus fitting, given the link with Sir Robert Jones, who is widely regarded as the founding father of medical rehabilitation, that we decided to partner with RJAH to create this unique facility for our veterans.

“I was delighted to be invited to the hospital to see the progress of the building.

“It is going to be truly impressive, and I look forward to visiting the completed build.”

He said: “I have long dreamt about a dedicated facility for our veterans where they are seen in an environment that brings comfort and familiarity and cared for by clinical teams that understand military personnel and their unique needs.

“It’s fantastic that this is becoming a reality and I’m thoroughly enjoying seeing the progress of the building.”

The two-story building will include examination and clinic rooms, an enhanced treatment room for minor outpatient procedures, an assessment room, and a splinting and therapy room, as well as clinic space for virtual appointments.

Nick Huband, director of estates and facilities, said: “The centre is being built by local construction company, Paveaways, and behind the scenes, we are busy planning the interior element.”