Heartbreak hurts on Valentine’s Day. Therapists explain what we can learn from movie breakups 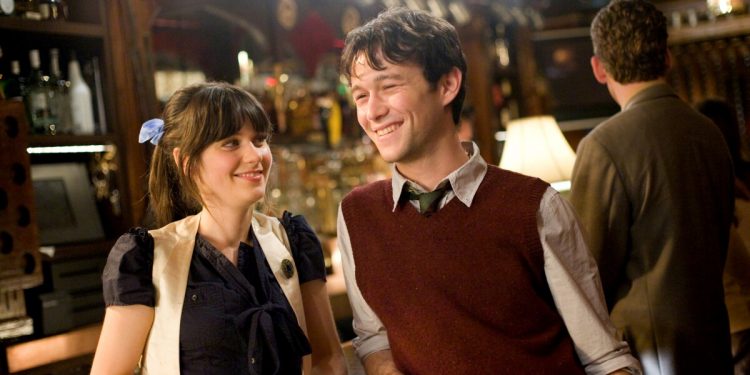 
While Valentine’s Day gives many Angelenos an excuse to celebrate with a loved one, it’s also a painful reminder for others of romances gone sour. The heartache that comes with the end of a relationship can feel excruciating.

It’s the ending of an unspoken contract, a connection that’s severed, said G Roman Gupta, an L.A.-based licensed clinical social worker and therapist. In some cases, we know why the partnership didn’t work out, and in other instances, we’re left wondering what went wrong.

Mimi Fayer, an L.A.-based licensed marriage and family therapist, explains that breakups are a result of people’s personalities, priorities and circumstances at the time. There isn’t a singular reason why two people decide to end their dedication to each other.

Sometimes we turn to our favorite Hollywood movie couples to find comfort or to connect with their onscreen pain.

Therapists Fayer, Gupta and Laura Heck and Zach Brittle of Marriage Therapy Radio share what we can learn from fictional relationships that end in tearful (but sometimes appropriate) separations. Heads-up, there are spoilers.

A mutual love for the Smiths — and mischief in Ikea — plunges Summer (Zooey Deschanel) and Tom (Joseph Gordon-Levitt) into a fling. Though Tom, a hopeless romantic, believes Summer is the one, she tells him she doesn’t want to be someone’s girlfriend. It ultimately leads to the end of their unlabeled relationship.

Heck said a lot of people know from the beginning of a relationship what their partner’s expectations are. Summer told Tom she wasn’t looking for anything serious. She asked him if that was OK, and he said yes, even though that wasn’t true.

But some people think they can change their partner. It’s the idea that “if [I] can just show them a good time, eventually they’ll acquiesce to my desire,” she said.

Younger couples often don’t have a clear idea of what their nonnegotiable values are yet, she said. For example, it might take time to realize that one person wants children and the other doesn’t.

“Yes, they want to be in a relationship with you, they want to have a good time, but eventually it’s going to come down to those nonnegotiable values,” Heck said.

End with compassion. Summer again expresses her interest in just being friends with Tom, but the conversation ends with Tom storming off. “He is someone that attaches very quickly,” Gupta said. “So my advice to him would be, maybe you should take it slow, dude. Maybe you should not do the same thing. Meet this person where they are, and listen to them. Hear them.”

After some time, the two see each other again and are able to be amicable. Brittle said it’s good that the relationship ended with care and compassion, not with contempt or an attempt for either to control the other person.

“If you’re going to be a person that garners and deserves the respect of other people, you have to live in that sort of compassion space much more than that contempt space,” he said.

In this horror-thriller film, Christian (Jack Reynor) and Dani (Florence Pugh) are in a relationship that’s on the verge of ending, but a family tragedy keeps them together. On a trip with Christian and his friends to a Swedish town during its midsummer festival, the couple’s fractured tie deteriorates further as Christian pulls away. He feels trapped and doesn’t have patience for a grieving Dani.

Gupta said that films often depict these relationships as one person leaning too much on another. But in real life, he said, these couples are often based on codependencies.

“We always look at it [as] the person who won’t let go, but they have to be finding someone who is also re-creating that pattern for themselves,” he said.

Christian had plans to break up with Dani, but after learning of her parents’ death, he chose to stick around to support her. Although this seems like the right thing to do, Gupta said, it’s unhealthy behavior to extend a relationship you don’t want to be in. Christian could have said, “I know this horrible thing happened to you, but I can’t be here for you,” and ended their relationship, Gupta said.

Know when to break up. There’s both an emotional and a rational component to every decision humans make, Gupta said. A struggle we encounter pre-breakup is deciding whether a decision to split would be good for us, even though it wouldn’t feel good.

“As soon as you find yourself in a relationship where you’re saying, ‘It’s going to hurt too much to do this, but I should do this,’ you’re probably in a situation where it’s time to make a change,” he said.

The fear of that pain, Gupta said, should not be enough to keep you in a bad situation. Dragging things out will just make it worse.

“Our American culture and our progress on individuality makes us feel like we’re not responsible” for others’ feelings, Gupta said. “However, when you’re in a relationship, you are. You have some ownership.”

Nick Young (Henry Golding) invites his girlfriend, native New Yorker Rachel Chu (Constance Wu), to Singapore to meet his family. On the trip, Rachel learns Nick hasn’t been entirely honest about his family’s wealth — or their likely disapproval of her.

Rachel tries several times to gain the approval of Nick’s mother (Michelle Yeoh). She breaks up with him after she comes to believe his family will never accept her.

Also, instead of being honest with Rachel, he kept his family background and their expectations from her.

“You can’t put your partner in some messed-up situation and just expect them to bounce back in a culture where family is so important,” Gupta said.

Added Fayer, “I think a lot of times, people get kind of caught up in wanting to make the relationship work no matter what.”

What Rachel did correctly, she said, was to know her boundaries and not compromise who she is for someone else.

What else did we learn?

Sit with your feelings. After Rachel ends her relationship with Nick, she spends several days in bed — an act that looks negative but is OK, Fayer said. Rachel reached out for help and went to a place she felt loved and supported to take the time to process her feelings. It’s healthy to spend time going through the stages of grief.

“We are all constantly trying to run away from [our feelings] all the time,” said Fayer. “The problem with that is you’re not allowing yourself the space to fully feel or process what happened.”

On “another day of sun,” Mia (Emma Stone), an aspiring actress, and Sebastian (Ryan Gosling), a struggling jazz pianist, fall in love. While trying to navigate their aspirations for the future, Mia attends Sebastian’s gigs and pushes him toward his goal of opening a jazz club, but Sebastian’s support of Mia falls short.

There are a lot of competing forces in a relationship, Gupta said. A huge part of a relationship is finding compromises that don’t require extreme concessions. It’s also OK to realize that you want something else more than you want a relationship.

What else did we learn?

Communicate your needs. Fayer said it was demoralizing for Mia to feel that Sebastian wasn’t reciprocating the support she’d shown him during their relationship.

Being able to communicate our needs in a relationship requires a certain amount of vulnerability and intimacy.

“There were problems in their relationship that kept building and building. It basically culminated when he didn’t show up to her play and Mia felt unsupported,” she said.

Breakup scenario: Whether to commit

Jenny (Gina Rodriguez) and Nate (LaKeith Stanfield) are in a happy nine-year relationship. Jenny accepts a job covering music for Rolling Stone that requires her to move to San Francisco. Nate tells her he can’t see himself living anywhere other than New York, so he ends their partnership.

Gupta said while the breakup was upsetting, Nate’s reaction was healthy. He was upfront with Jenny by telling her he couldn’t maintain a relationship without her physically being there. Nate genuinely supported her career move, but he knew what kind of relationship he wanted.

The true reason for any breakup, Gupta said, is that it’s over because it was time for it to be over.

Avoid numbing. Jenny proposes having a night out with her girlfriends to celebrate her move and forget about her breakup. Heck said in Hollywood films, we don’t see the portrayal of accepting sad feelings. Instead, we see: “OK, we just broke up. Let’s get hammered and take my mind off of it.”

Humans don’t like endings or loss. A breakup can feel like abandonment. But Gupta said those feelings are nothing to be ashamed of. We can learn from these experiences.

Here are some ways to cope with the end of a relationship (whether it be with a romantic partner, friend or family member) and grow.

Grieve. Grieving comes in all forms, Brittle said. There are five stages of grief in psychiatrist Elisabeth Kübler-Ross’ widely used model, and the way people go through the stages is not linear — except for the last stage: acceptance. We do have to suffer when we lose something we love, and what that looks like is different for each person.

Write your feelings down. An experience can take up an infinite amount of space in your mind, Gupta said. Constantly thinking about a breakup can be your body’s fight-or-flight response to that experience. When you write your feelings down, “your fears, worries and upset feelings are usually only five things,” he said. Writing them down can help ground yourself in the reality of what these thoughts are.

Keep busy. Gupta said, “Your body needs something to do to reengage with your own life.” Undertake activities that make you feel good.

Burn the memories. Rituals such as tearing up old pictures or throwing an old T-shirt in the fireplace can bring some peace and closure. Brittle said our brains can fixate on a breakup until we feel the end is resolved.

“The ritual is really about saying, ‘Nope, this is the end,’ so that my brain will no longer give cognitive room to that experience,” he said.