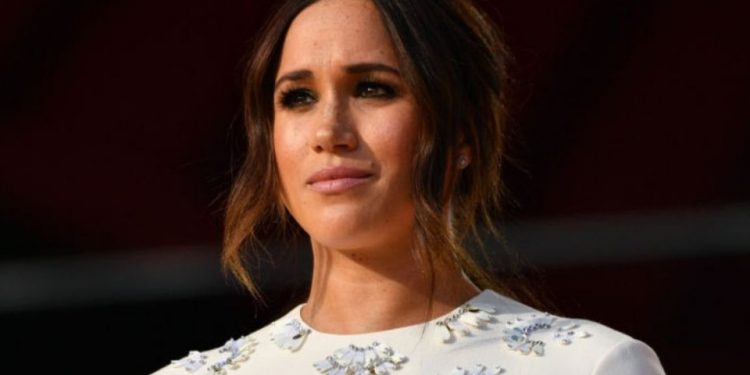 Meghan Markle has shared her heartbreak after the sudden death of a “dear friend”.

Mr Juste, who was 46, was known as the “puppy trainer to the stars”. His cause of death has not been revealed.

Meghan, wife of Prince Harry, penned a heartfelt tribute to her late friend in a note published by Mayhew – a British animal welfare charity that she became royal patron of in 2019 after Mr Juste introduced her to the organisation.

Mr Juste, like Meghan, was an avid dog lover. In her letter, shared on Mayhew’s website on Thursday (Australian time), the California-based Duchess of Sussex said she was “heartbroken” to learn of his death.

“On January 15, 2022, my beloved friend Oli tragically and very suddenly passed away,” she wrote.

“It has left me, and so many others, heartbroken and reflective – knowing that the legacy he leaves for our furry friends is beautifully simple: Just love them.”

Meghan revealed that Mr Juste and his fiancé had helped care for her rescue dog, Guy, when she moved to Britain in 2017 ahead of her marriage to the Queen’s grandson.

At the time, Guy had broken two legs in a “debilitating accident”.

“They loved him as though he was their own,” Meghan said.

Meghan’s three-year patronage with Mayhew ended earlier in 2022 – another royal role to come to an end following the Sussexes’ decision to quit as working royals and base themselves in the US. But the duchess said her “unwavering support” for the cause remained.

“I encourage each of you to support in whatever way you are able. The emotional support of a rescue animal is unparalleled – as you’ll soon realise: It is not you who saves them, it is they who save you,” she wrote.

Meghan said Mr Juste’s legacy would live on at the charity.

“In his memory, we will be creating the Oli Juste wing at Mayhew, to shelter the animals who may have a harder time finding their forever homes,” she wrote.

“Much like Oli, they will never be forgotten, and they will always be loved.”