Sign up to myFT Daily Digest to be the first to know about Uber Technologies Inc news.

Heavy spending on incentives to address driver shortages weighed on Uber’s rideshare business, dragging down its overall performance as it continues to deal with the effects of the pandemic.

Uber’s adjusted earnings before interest, tax, depreciation and amortisation — the company’s preferred metric for the health of its underlying businesses — came in well below analysts’ predictions.

The company’s share price fell more than 8 per cent in after-hours trading, having already been down more than 5 per cent for the week.

For the April-June period, Uber posted an adjusted ebitda loss of $509m, an improvement of $328m on the same period last year but worse than the $325m loss Wall Street had expected.

Trips and deliveries made on the platform during the quarter were up 105 per cent from the same period last year to 1.5bn, when pandemic restrictions were at their peak globally. That drove revenues to $3.93bn, stronger than the $3.75bn analysts had predicted.

But the company’s take rate — its share of the fare — was strained by the elevated costs of getting willing drivers behind the wheel, Uber said.

The take rate for rideshare was 18.7 per cent, compared to 25.8 per cent in the same period last year. Analysts had expected more than 20 per cent, according to FactSet.

“In Q2 we invested in recovery by investing in drivers and we made strong progress, with monthly active drivers and couriers in the US increasing by nearly 420,000 from February to July,” said Dara Khosrowshahi, Uber’s chief executive.

He said the company also gained 110,000 active couriers as part of its recently completed acquisition of former rival Postmates.

Uber said that in the current quarter it had been able to “pull back” on some of that incentive spend, but that the Delta variant would make things more unpredictable.

Speaking to investors, Khosrowshahi said the majority of the additional active drivers were “resurrected” workers who had returned to the platform, with the company reverting to “good old-fashioned phone calls” to get people back on board. 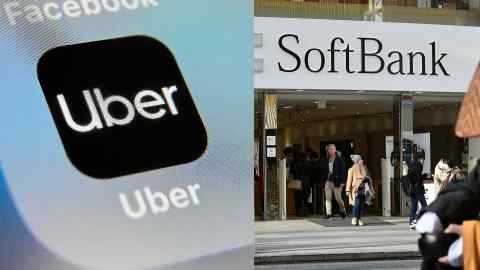 “The number-one reason why they had not driven was because of safety concerns,” Khosrowshahi said. “As vaccination rates go up we are seeing the resurrected drivers come back.”

Expecting incentive spend to ease up, the company reiterated its goal of posting positive ebitda for a quarter by the end of the year. Lyft, its largest rival in the North American market, achieved the milestone on Tuesday, three months ahead of its own guidance.

Uber reported $1.1bn in net income for the second quarter, which it credited to previously unrealised gains in both of those companies, according to figures released Wednesday.

However, the value of Didi was calculated as it went public at the end of June, before its share price plummeted following Beijing’s privacy crackdown, making future revaluations possible.

Who is the youngest ever Olympian? Record hasn’t been broken since 1896

How to Watch the Global Fan Event From Australia

Who is the youngest ever Olympian? Record hasn’t been broken since 1896