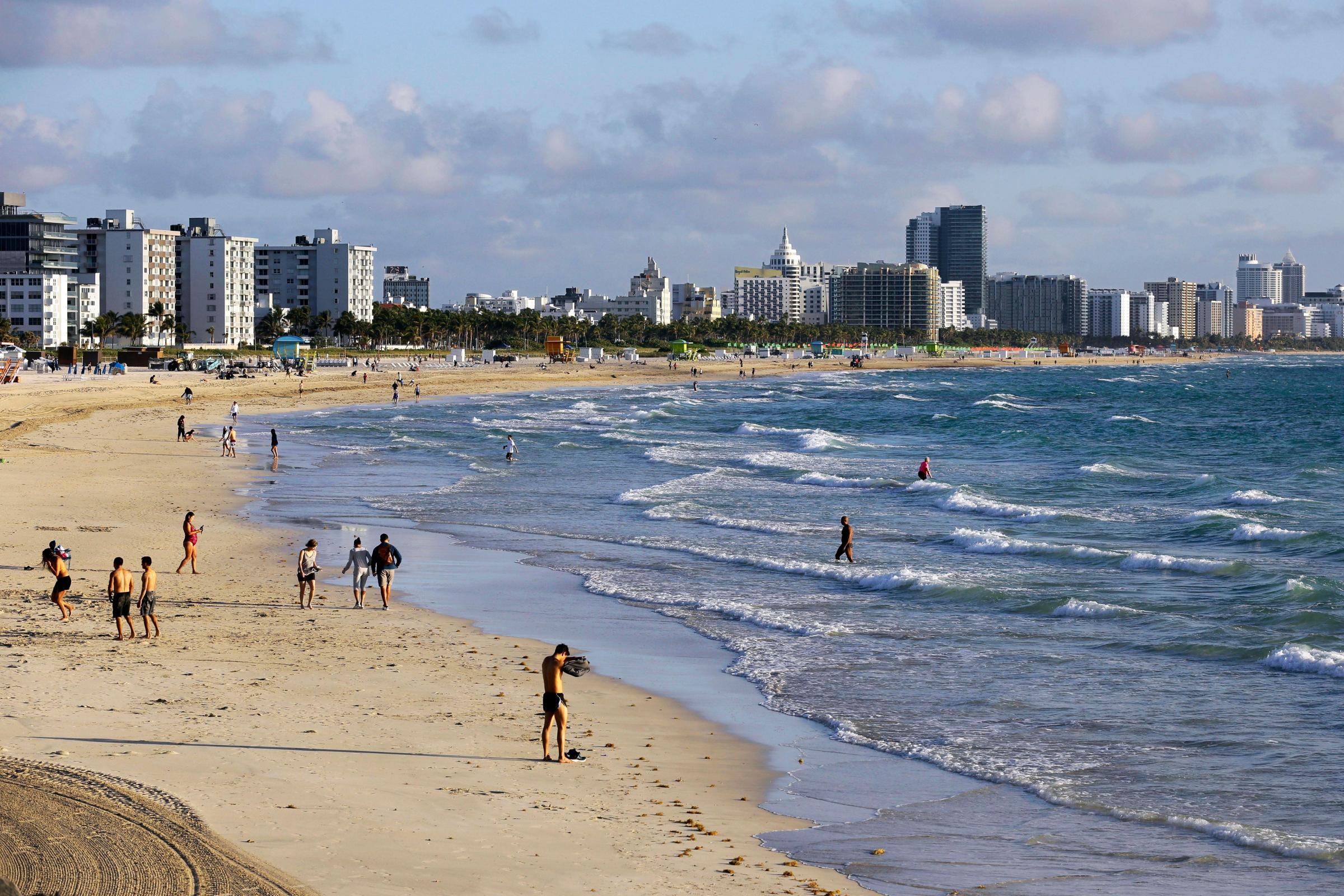 A helicopter crashed on Saturday into the sea off Miami Beach, in the US, plummeting a few feet away from swimmers in a crowded stretch popular among tourists, officials said.

Two passengers were taken to hospital in a stable condition, and no-one else appeared to be injured.

The Miami Beach Police Department said on Twitter that they received a call on Saturday about the crash in the area off South Beach.

A video shared by the police captures the helicopter descending over the sea and crashing into the water as sunbathers crowd the beach and others swim.

Police closed off the beach, in an area full of outdoor cafes, restaurants and shops.

The police department said the Federal Aviation Administration was responding to the scene.