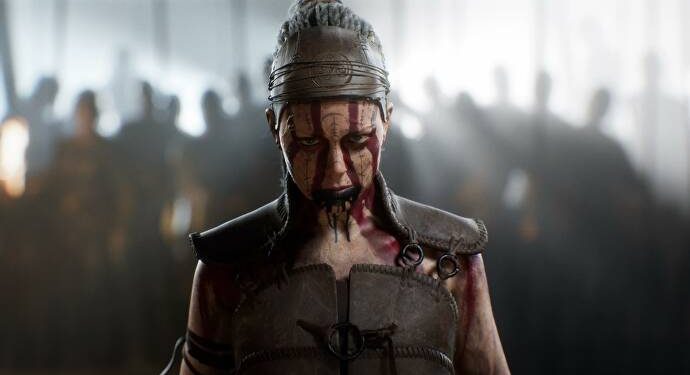 
Senua’s Saga: Hellblade 2 has been in the works for a while and we’ve not really seen that much from developer Ninja Theory about the game proper. But at least we know development seems to be going well, and – according to a new interview combat designer Juan Fernández – improving vastly on the first game.

In an interview with Spanish site, Vandal, Fernández reveals some interesting nuggets of information about the setup of Senua’s Saga: Hellblade 2, and describes the new, deeper combat the sequel will have compared to the original Hellblade.

“We did many things well, but I think there are many things that could be improved that I would change today,” he explains to the site (via Google Translate). “You have to remember that the team that worked on Senua’s first adventure was incredibly small for a development of this kind, about 15 people in the studio most of the time.”

So what’s changing for this game? Well, for a start, it sounds like there’ll be more variety in terms of combat and the enemies you’ll encounter.

“What I was least satisfied with in Hellblade 1 was the lack of variety of enemies, long-term combat was suppressed […], the way the difficulty systems were tuned, the enemies had too much life, they had a lot of durability, we had a lot of variety of attacks and combos but really the enemies do not encourage you to use one or the other, people found two or three movements that they liked and repeated them constantly, there were very generous timings of parries and stories that can still be balanced more intelligently.”

This is in line with comments made by previously by creative director Tameem Antoniades, who noted combat will be “real and brutal” in the highly-anticipated follow-up (he even explained that the actor doing motion capture for Senua has been going through combat training for the past two years to make her performance in the game seem even more realistic).

Fernández notes that he is pleased to be solving issues that arose in the first game for the sequel, and that – thanks to the studio’s bigger size, and larger pool of resources – this game is “going to be as impactful as Hellblade, but for other reasons.”

“We are raising the bar of doing more with less,” explains the combat designer. “We are more people than with the first Hellblade but the quality that we are giving versus the team behind compared to similar ones, I think that It’s through the roof.”

Fernández cites having more time to work on the project, more opportunities to test the game with people from outside the studio, and more time to solve problems that arise during development as benefits for Hellblade 2 – and all things that will make this game stand out as much as the first title in the series.