‘Her bravery was a huge example to everybody’: Alexandria Ocasio-Cortez weighs in on Simone Biles 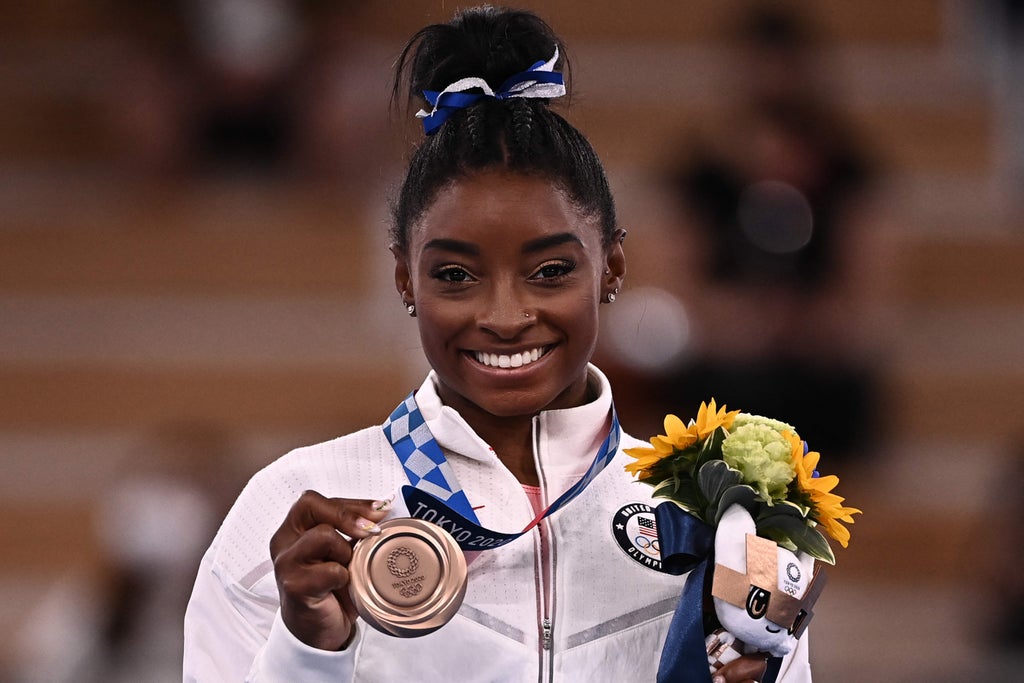 Alexandria Ocasio-Cortez has praised Simone Biles for prioritising her own well-being at the Tokyo Olympics.

The progressive lawmaker called the decorated American gymnast a “role model” for taking a step back at the games.

“These Olympics, [Biles] showed that she’s a role model, not just as an athlete, but a leader, for just all people, but especially women,” she told TMZ in Washington, DC.

The representative for New York’s 14th congressional district continued, “We do not have to choose between our performance and ourselves, and, like, our health. And both of those things are one in the same.”

“Her bravery I think was a huge example to everybody,” she told the outlet. “And her coming back to win another medal, it showed that her taking care of herself helped.”

Ms Biles, who has taken home 32 Olympic and World Championship medals, won the bronze medal on 3 August for the individual beam event.

“I didn’t expect a medal today. I just wanted to go out there for me and that’s what I did,” she told reporters. “I was proud of myself just to go out there after what I’ve been through.”

Rep. Ocasio-Cortez concluded, “It’s all one in the same in the end. It helps you be better in the end.”

Ms Biles told reporters about her decision to pull out, “My problem was why my body and my mind weren’t in sync. That’s what I couldn’t wrap my head around. What happened?”

The decision to step away from the individual all-around event was not met with universal acclaim. However, some people criticised her for dropping out of the event, including conservative commentator Charlie Kirk and British broadcaster Piers Morgan.

Ms Biles’s decision to step away temporarily from the sport was publicly supported by USA Gymnastics.

They said in a statement, “We wholeheartedly support Simone’s decision and applaud her bravery in prioritising her well-being.”

Other high-profile supporters included fellow Olympians such as Michael Phelps, Katie Ledecky, as well as the former first lady, Michelle Obama, who tweeted a message for Ms Biles.

She wrote, “Am I good enough? Yes, I am. The mantra I practice daily. @Simone_Biles, we are proud of you and we are rooting for you. Congratulations on the the silver medal, Team @USA!”

In response to the positivity, Biles tweeted: “The outpouring love & support I’ve received has made me realise I’m more than my accomplishments and gymnastics which I never truly believed before.”

Who are Kelly Price’s children?

A Brief History of UFC and MMA

Anthony Joshua vs Oleksandr Usyk LIVE: Weigh in LATEST as AJ comes in over a STONE heavier than Usyk

Cowdenbeath boss in threatening mood as he chases second win

Vaccine passports are coming soon in NSW. Here’s what we know so far