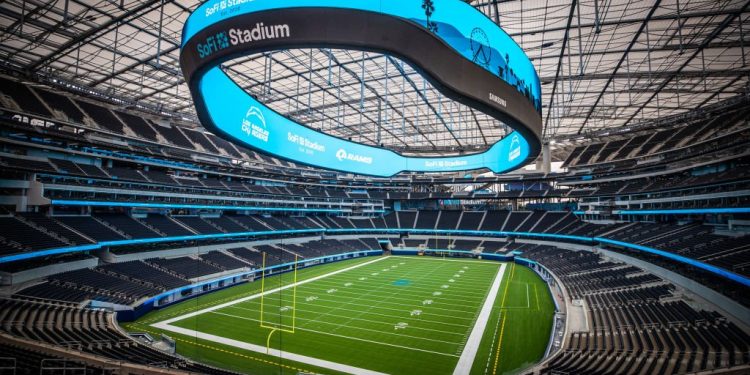 
Who will be the referee for the Super Bowl in 2022? How did the NFL decide to award the game to him – and who will make up the rest of the officials team? How much are they paid for calling the game?

Come Sunday night, the Vince Lombardi Trophy will be in the hands of the Cincinnati Bengals or the Los Angeles Rams.

Super Bowl LVI takes places at the Rams SoFi Stadium in California – although they will be the designated away team – with the Bengals officially at home.

It will either be a maiden Super Bowl triumph for the Bengals or a second, and fourth championship overall, for the Rams.

Quarterbacks Joe Burrow and Matthew Stafford are primed, but keeping the two – and the other players – in check will be the referee.

But who actually is the referee for Super Bowl in 2022?

How was he chosen, how much is he paid for doing it, and who makes up the rest of the officials for the game?

The NFL has awarded Ron Torbert the honour of being the referee for Super Bowl in 2022.

It is the first time Torbert will be the referee for Super Bowl.

The 58-year-old has been a referee/official in the NFL for around 12 years – formally making the step up to referee ahead of the 2014 campaign.

Away from the football field and Super Bowl, Torbert is actually an attorney, graduating from the Harvard Law School.

He is the third African American to referee the Super Bowl – following on from Mike Carey (XXXXII) and Jerome Boger (XXXXVII).

To pick the referee for Super Bowl in 2022, the NFL uses a grading system.

Thrown into the mix is analysis of every call a referee made – and the one who makes the correct decision the most often is awarded the game.

Referees are allowed to call Super Bowl more than once – meaning Torbert could call another one after his 2022 debut.

Who else makes up the officials team?

As with every NFL game, a team of nine officials, including referee Ron Torbert will call Super Bowl in 2022.

The same grading system as for the referee is used to determine who will fill each officials position on the roster.

The officials team for the Super Bowl in 2022 are as follows:

In other news, Here’s why TikTok voice effects aren’t showing for you

What Are Your Favourite Sketchy Parenting Tricks That Totally Work?