Here’s Why Investors Are Scared About Fed ‘Quantitative Tightening’ 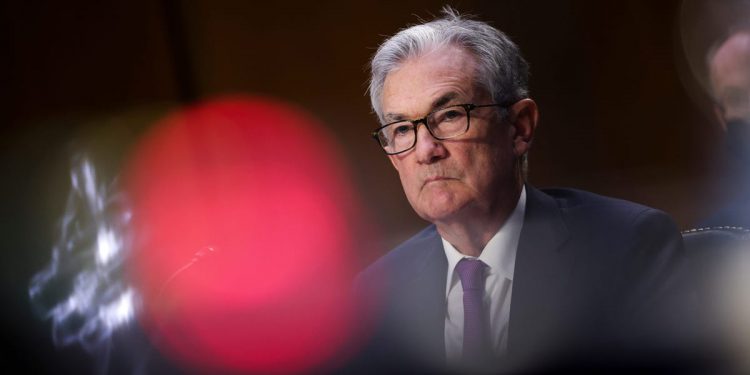 
Central banks have flooded ailing economies with trillions of dollars over the last decade and a half, under a now well-known policy called quantitative easing, or QE.

– along with other central banks – is now preparing to put its engine into reverse and start cutting its $9 trillion balance sheet down to size, as it grapples with the strongest inflation in 40 years.

The new watchword is “quantitative tightening”, or “QT.” It’s never been done before on this scale, and it’s scaring investors.

What is quantitative tightening?

Simply put, QT is the process of reducing the size of the Federal Reserve’s balance sheet – that is, its assets and liabilities.

Under QE, the Fed’s assets have ballooned to $8.9 trillion, from under $1 trillion before the 2008 crisis.

Its assets have doubled since the start of the pandemic as the Fed has created money and bought bonds in an effort to hold down yields and borrowing costs, spurring people to borrow and spend.

Now, however, the Fed is set to raise interest rates as it tackles inflation.

And to give it more firepower, the Fed has also said it’s likely to stop reinvesting the money from its maturing bonds, gradually reducing its support for the fixed-income market.

Instead, it’ll simply delete the money from existence with a few keystrokes, just as it conjured it up in the first place. The Fed could even start actively selling the bonds it holds, although it isn’t taking this option seriously yet.

In theory, if QE pushed down bond yields and pushed up inflation, then QT should do the opposite. Analysts reckon the process will begin sometime in the summer.

Why are investors worried?

Traders and investors have been bruised by past experience.

The Fed has only tried QT once before, in 2018, and it didn’t go so well for markets. Stocks fell sharply in 2018, with the S&P 500 dropping more than 6%. After about 10 months, the central bank reversed the policy.

Yet Hugh Gimber, global strategist at JPMorgan Asset Management, said 2018 is a bad guide because there was so much else going on, not least the US-China trade war.

Nonetheless, this is “definitely an uncertain time for investors,” he told Insider.

QT on this scale has never been attempted before. From May 2022 to May 2023, the four biggest central banks – the US, eurozone, UK and Japan – are expected to reduce their balance sheets by $2 trillion, according to Morgan Stanley economists. That’s four times more than in 2018.

Even the Fed isn’t sure what’s going to happen. It said in December that raising interest rates is the safest way to tackle inflation, because there’s “uncertainty” about “the effects of changes in the Federal Reserve’s balance sheet.”

For Gimber, the Fed’s plans to raise interest rates and initiate QT will add to the upward pressure on bond yields, which have already shot higher this year.

This should continue the so-called rotation away from growth stocks, such as technology companies that have benefitted from low interest rates, towards more economically sensitive sectors such as energy and finance. Gimber expects more

But Steven Major, head of bond research at HSBC, told clients in a recent note that yields might actually fall when QT begins, because they’ve already jumped higher than they should have in anticipation.

Even so, he said, “during QE, equities outperformed bonds, so maybe with QT the valuation challenge is more with equities.”

Ford to shutter plants, reduce shifts next week as chip shortage drags on