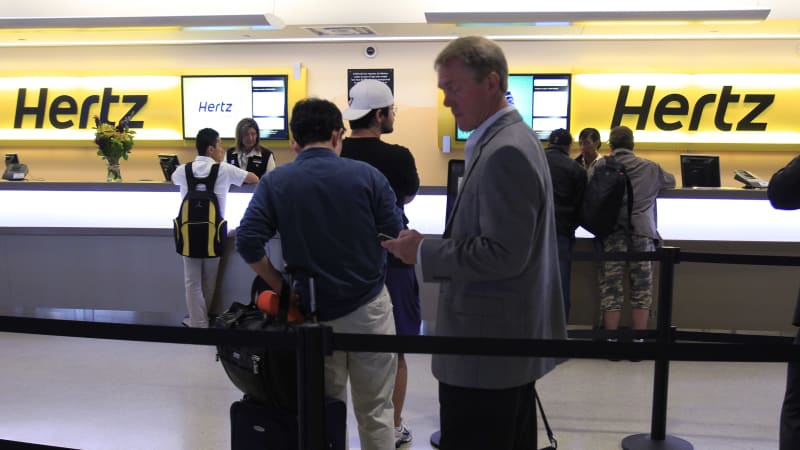 Hertz Corp., which is facing lawsuits from hundreds of car renters who say they were falsely arrested for auto theft, files thousands of related criminal complaints each year against customers, according to claims in newly released court documents.

In one four-year period, the company filed nearly 8,000 theft reports annually, advocates for the falsely arrested customers said late last week in a federal court filing in Wilmington, Delaware. The advocates cited internal data from Hertz that a judge ordered the company to release.

A breakdown of the theft reports isn’t public, so it’s not yet possible to know how many complaints were against customers and how many were for other types of theft. Under certain circumstances, Hertz will tell police that a customer may have stolen a car. Many of those people turn out to have valid contracts and allegedly have been falsely arrested, according to the lawsuits.

Messages left for Hertz representatives weren’t immediately returned. CBS, which hired lawyers to help get the documents unsealed, previously reported Hertz said the “vast majority” of cases involve renters who were weeks or months overdue on returns and authorities are brought in only after “exhaustive attempts” to reach a customer.

In a court hearing Wednesday, U.S. Bankruptcy Judge Mary Walrath ordered the annual theft numbers to be made public, siding with advocates for 220 people suing Hertz who argued that more details about Hertz’s internal anti-theft program should be public.

Court documents show that some of the customers who rented cars were jailed, sometimes years after they had rented and returned the cars. At least one allegedly was held at gunpoint just hours after paying for a rental.

“Hertz now admits that it reports thousands of its own customers for auto theft each year,” lawyers for the people suing said in court papers. The problem can be traced to company-wide, systemic problems, they allege.

The false arrest claims often involve long-term rentals, some set up directly by the customer, others through an auto insurance company, according to court documents.

Those who claim Hertz had them wrongly arrested have filed claims in bankruptcy court demanding to be paid like other creditors of the company. Walrath oversaw Hertz’s Chapter 11 reorganization, which ended last year with a plan to pay creditors in full.