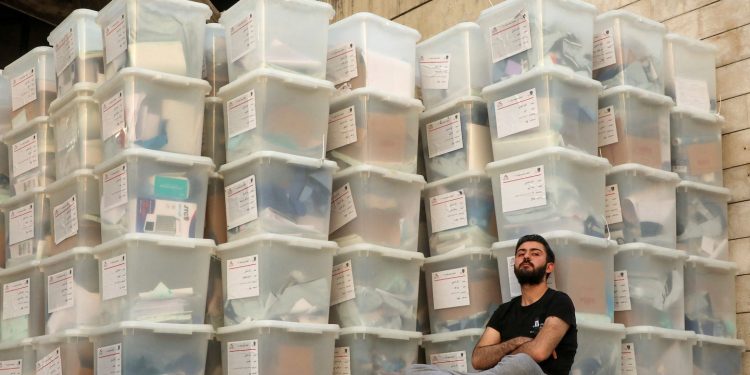 BEIRUT — Hezbollah, the Iranian-aligned political party and militant group, and its allies have lost their majority in Lebanon’s parliament after elections that delivered gains to the group’s rivals, according to results released Tuesday.

The results mean a more sharply divided parliament that could complicate the task of forming a government as Lebanon weathers its worst economic crisis. They also showed that independent candidates may have won at least 10 percent of seats, a sign of voter anger over how Lebanon’s long-serving politicians have managed the economy.

In the election held Sunday, Hezbollah and its allies ran against a Saudi-aligned bloc headed by politicians who came to prominence as warlords during Lebanon’s 15-year civil war. That group is led by the Lebanese Forces, a right-wing Christian party whose rallying cry is Hezbollah’s disarmament.

Neither bloc won a parliamentary majority, according to representatives from Hezbollah and the Lebanese Forces, though the Hezbollah-led alliance retained the larger share of seats, with 61 so far — down from at least 70 after the last parliamentary elections in 2018. Hezbollah could regain the majority if it persuaded some independent candidates to join its bloc.

The new parliament will select the country’s next prime minister and elect a new president after the term of Michel Aoun, a Hezbollah ally, ends in October. Analysts said a more even distribution of seats between the blocs would probably result in gridlock, delaying the government’s formation.

If the results hold, one fight in the new political landscape could be over who serves as the parliament’s speaker, said Maha Yahya, director of the Beirut-based Carnegie Middle East Center. Hezbollah’s losses mean that the current speaker, Nabih Berri, who has held the position since 1992 and is one of Hezbollah’s closest allies, may lose his post.

Asked whether the Lebanese Forces would oppose Berri, a spokesman said, “It goes without saying that things cannot continue the way they were.”

Political squabbling could be disastrous for Lebanon, which urgently needs a government that can continue negotiations for financial assistance from the International Monetary Fund. Delays could also imperil pledges of aid from the international community, including governments such as France and Saudi Arabia that have been hesitant to fund a Hezbollah-controlled government.

More than a dozen seats in parliament went to independent candidates who sprang out of a protest movement two years ago against Lebanon’s political class, widely seen as corrupt and ineffective. Many of the independents had also promised to deliver justice to victims of an explosion in Beirut’s port in 2020 that killed moire than 200 people and destroyed much of the city’s center.

The victorious independents included Elias Jradi, an ophthalmologist who won a seat previously held by a Hezbollah ally in southern Lebanon, the group’s center of support, and Ibrahim Mneimneh, an architect from Beirut who made headlines when he said in an interview that he was in favor of removing laws that criminalize homosexuality.

The European Union’s Election Observation Mission also said in a preliminary report that “elections were overshadowed by widespread practices of vote buying and clientelism.”

A tragedy at sea shakes the poorest city in Lebanon

Turnout was low in cities across Lebanon, despite entreaties by politicians for citizens to go to the polls. In Beirut, Rania Safar, a 48-year-old schoolteacher, cast her vote against traditional parties, voicing cautious hope for change.

“The road will be long,” she said, “but I have hopes that there will be breakthroughs.”

Pentagon now reports about 400 UFO encounters: We want to know whats out there - ABC News