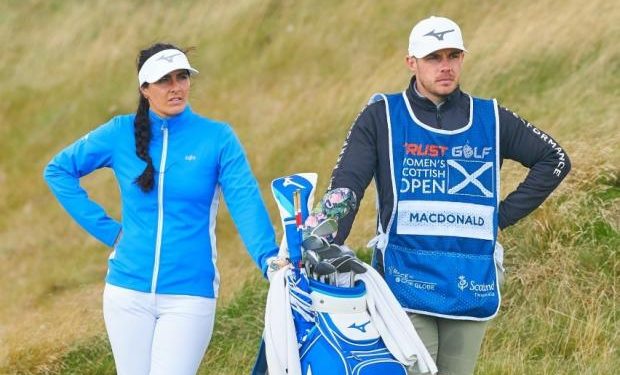 THE Women’s Scottish Open will return to Dundonald Links next week – with a phenomenal line-up of some of the world’s finest female golfers.

Gemma Dryburgh, Kelsey MacDonald, Michele Thomson, and Kylie Henry are the home players looking to take on the challenge of one of Scotland’s leading links courses from July 28-31.

The Scottish quartet will join an all-star cast which includes eight out of the world’s top 10 players on the Rolex Rankings, as well as 19 major winners with 36 major trophies between them, including the first three major champions of the year: Jennifer Kupcho, Minjee Lee and In Gee Chun.

Gemma Dryburgh commented: “Every year I look forward to playing in the Women’s Scottish Open.

“This will be my sixth appearance in the event and last year I was lucky enough to receive an invitation from tournament sponsor VisitScotland, so I’m really happy to have qualified myself this year.

“I am especially excited to experience all that the newly transformed Dundonald Links has to offer.”

MacDonald, a perennial performer at the Trust Golf Women’s Scottish Open, has recorded 12 appearances since her debut in 2008 and made the cut on seven occasions.

Last year she finished in tied 15th place, her best finish to date, to become the first winner of the Jock MacVicar Leading Scot award.

Michele Thomson, who carded an opening round 64 at last year’s Trust Golf Women’s Scottish Open to set the course record, will make her fifth appearance at Dundonald Links this summer.

With five top-20 finishes this season, Thomson is enjoying a stellar season so far and is currently 19th on the Ladies European Tour Order of Merit, the Race to Costa Del Sol.

Tournament title sponsor, Trust Golf, has increased this year’s prize-fund by 33 per cent to $2million.

The Thai based technology enterprise took over as title sponsor in 2021 as part of an ambition to help grow the women’s game and develop the next generation of golfers.

With an enhanced prize pot, four home-grown talents and the world’s best, Ayrshire is in for a treat when the tournament begins next week.