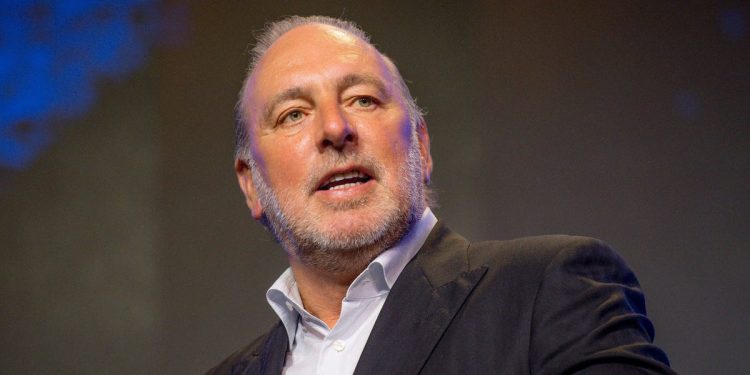 
Brian Houston, the founder of the Australia-based Hillsong megachurch and also one of its pastors, has resigned following the church’s revelations that he behaved inappropriately with two women.

“We would like to advise you that Pastor Brian Houston has resigned as Global Senior Pastor of Hillsong Church and the board has accepted his resignation,” said the church’s board in a statement on Tuesday.

In a separate statement on Friday, the Hillsong global board detailed the two incidents that resulted in complaints against Houston. Multiple news outlets have reported that both incidents involved women.

The first incident in 2013 involved Houston sending inappropriate text messages to a staff member, which resulted in her resignation.

“At the time, Pastor Brian was under the influence of sleeping tablets, upon which he had developed a dependence. He immediately apologized to the person,” the board wrote in its statement.

During a global staff meeting held hours before the statement’s release, the church’s acting head Phil Dooley described Houston’s text messages as essentially saying, “If I was with you, I’d like to kiss and cuddle you,” and other “words of that nature,” per ABC News.

The second incident took place in 2019 and involved Houston becoming “disoriented” due to consuming an excessive dose of anti-anxiety medication along with alcohol.

According to ABC News’ coverage of the staff meeting, Dooley said Houston had been “drinking with a group” on one of the nights of a Hillsong conference in New South Wales.

“This resulted in him knocking on the door of a hotel room that was not his, entering this room and spending time with the female occupant,” the board wrote in its statement, noting that Houston’s actions had breached the church’s code of conduct for pastors.

During a staff meeting on Wednesday, Dooley said the church would be launching an “independent review” of its structure.

Hillsong is known to be a megachurch that was at one point attended by celebrities like Chris Pratt, Justin Bieber, and Selena Gomez. It attracted controversy in 2020 when volunteers accused church leaders and pastors of elitism and exploitative behavior, racism, and anti-LGBTQ behavior.

Houston admitted in May 2021 that the church had a “culture” in which A-listers were given preferential treatment over other congregants.

Separately, Houston has been accused by the Australian police of concealing the sexual abuse of a young boy. The case involved Houston’s father allegedly confessing to him that he had sexually abused a seven-year-old boy.

Houston has denied the charges.

Volvo to begin EV production in Malaysia this year

Spring statement: What can we expect from Rishi Sunak?

Spring statement: What can we expect from Rishi Sunak?