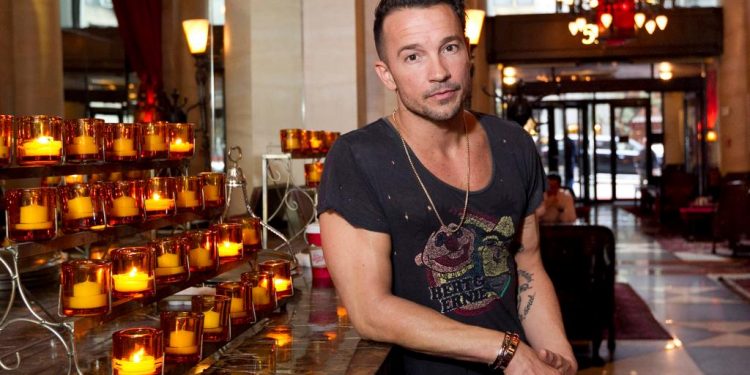 
Judgment Day just isn’t letting up for this scandalized ex-preacher.

Former Hillsong Church pastor Carl Lentz’s reputation took yet another blow this week when the megachurch’s internal investigation into his alleged wrongdoings was leaked to the press.

The Australia-based religious institution had previously only released cherry-picked bits of the examination into its East Coast branches under Lentz’s leadership. The audit was conducted by an unaffiliated legal firm and launched shortly after Lentz was fired for adultery in November 2020. In an email to congregants in February 2021, now-disgraced church founder Brian Houston announced the investigation was complete and had unearthed “significant ways” the NYC operations had “failed to reflect Hillsong global culture” but offered little further information, The Post reported at the time.

Those details have now finally come to light: A version of the 51-page report was leaked to the Christian Post, which on Monday published many of its most shocking allegations, including that working with Lentz “caused” many churchgoers “to suffer from mental illness,” that his wife Laura reportedly once punched a former nanny and current Hillsong pastor in the face “with a closed fist” and that, in addition to his alleged affair with fashion designer Ranin Karim, he reportedly had at least one more with a woman he met at a Brooklyn deli and saved in his phone contacts as “Germany.”

The investigation was conducted by the NYC law firm Zukerman Gore Brandeis & Crossman, LLP. According to the Christian Post, its report noted: “Due to the limited amount of documentary evidence, the extensive assertion of failure of memory by certain witnesses, and the necessity to rely upon oral testimony and demeanor, the conclusions in this report, although they may be phrased in a ‘factual’ style for readability, should be understood as the contentions of a witness, or statements of opinion by the investigating attorneys.”

“It was not uncommon for volunteers and staff who had frequent interaction with Carl Lentz to report that such interaction had ‘caused’ them to suffer from mental illness,” investigators wrote in the report.

In reviewing Lentz’s text messages, investigators also found that the 43-year-old father of three had been sent price quotes for massages and other sexual acts by various masseuses.

“Laura Lentz stated that she had ‘hunches’ and ‘vibes’ that the massages were ‘a bit strange’ and that in 2019 the routine of Lentz receiving massages became more of a night time occurrence,” stated the report, which noted that, when being interviewed by investigators, Lentz both attacked his accusers and bragged about being “a very good liar” who purposefully hid his various imprudences.

“Such efforts included boldly lying to his wife, Laura, when she caught him and Leona [Kimes] in caught fire on a couch” in the home of former NBA player Tyson Chandler, the report detailed. Kimes, who nannied for the Lentzes for seven years, has previously written about the nightmarish experience, in which she alleged she was “subjected to manipulation, control, bullying, abuse of power and sexual abuse.”

The same day as the Christian Post published its piece on the report, Laura posted a screed against naysayers on Instagram.

“My family has remained silent throughout this ordeal because our priority has been the healing of our family. This does not mean we do not have a lot to say!” she wrote. “When the time is right, we have a lot to say about what has happened as well as speaking directly to the RELENTLESS lies, accusations and hypocritical scapegoating that has sadly been so prevalent. Until then, we are so grateful for the constant support of so many. Your kindness has meant the world to us. We are looking forward to a brighter day!”

Neither Hillsong nor Laura or Carl Lentz returned The Post’s request for comment.

Slack attack or productivity pro? Take our quiz to find out how you’re dealing with hybrid working