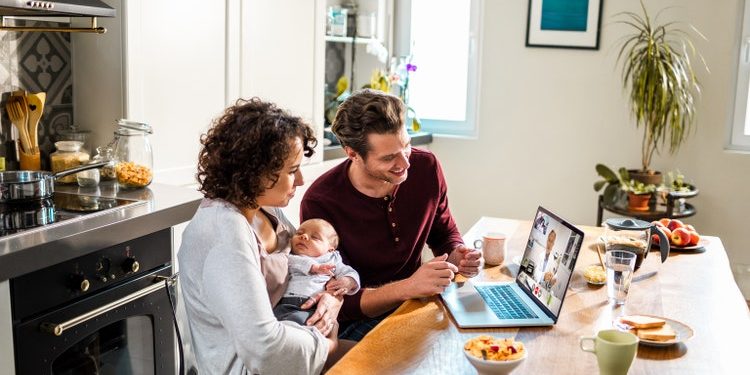 In today’s article, I will provide four DCFs to value Hims & Hers Health (NYSE:HIMS). I will present a company based guidance DCF and a base case DCF. Following those, I present a bull and bear case DCF.

Hims is likely dramatically undervalued and offers a compelling opportunity. Personally, I believe the bull case scenario is most likely and that offers investors the possibility of a 3-4x return on their investment.

I predict 35% sales growth for 2022 since the company expects sales to fall in the range of $365MM to $380MM. I picked 35% to assume the lower end of that guidance as a conservative measure. From there, I gradually lowered sales growth over time.

Cost of goods sold and gross margins are flip sides of the same coin. Hims’ gross margin for 2021 was 75%. For 2022, I predict a 73% gross margin rate. From there, I gradually lowered it over the following years. Hims has expanded into numerous retail channels (Amazon, CVS, Walmart, etc) and sales from those channels carry lower margins. Therefore, it is wise to factor this in the forecast.

The company’s SGA expense as a percentage of sales was 117% in 2021. I assumed this would stay the same in 2022 and then would gradually get better since overall sales would outpace the spending at this level.

I kept the tax rate the same, flipped net current assets from negative to positive overtime, and rapidly increased the company’s CAPX to account for its increased need for infrastructure as the company grows.

The WACC was calculated to be 11.71% using the CAPM model. The terminal growth rate is set to 2% to be conservative.

Using company based guidance and current performance, Hims is worth $7.09 per share.

This Forecast by Management is Incorrect

The likelihood that Hims generates $365MM in revenue, as management forecasts in 2022, is effectively 0%. They are sandbagging and for some reason, they do this every single earnings report. My speculation as to why they do this is:

From the right side of the graph above, we can calculate that Hims has increased sales each quarter by a CAGR of 15%. The company achieved this without the realization of any benefit from its App and the twenty thousand new retail touchpoints. With both of these catalysts, the company should outpace a 15% growth rate per quarter.

Management predicts Q1 sales will be $91.5MM. Given their forecast for FY 2022 revenue is $365MM, that implies each quarter will have no sequential improvement. In other words, given those two inputs (Q1 forecast and FY forecast), each quarter will bring the same revenue as the only way to get from Q1 revenue of $91.5MM to FY $365MM is to average $91.5MM each quarter.

Considering the company has improved every quarter, an app and retail presence now, and is still in its infancy, sequential growth should occur. If we simply extrapolate that 15% for this entire year, assuming a base of $91.5MM (which is also likely to be understated), then that would leave the company with $457MM in revenue at the end of the year. The quarter-by-quarter revenue breakdown would be as follows:

Therefore, realistically the base case is significantly better than what management guides. In reality, the company should be worth $8.54/share based on a logical, non-sandbagging forecast. This represents about 67% upside from current levels.

In my bull case, I change the revenue growth to 100%, which results in FY 2022 revenue being $544MM. I also assume gross margins start at 73% and work downward over time. This accounts for a two basis point reduction from 2021 to account for increased retail mix shift.

The Extreme Bull Case: The stock performs as above or better, but the market takes it to higher multiples. In that event, the stock could become a 5-10 Bagger.

Many readers will say revenue doubling in 2022 is a long shot and should be decreased. One, this is a bull case scenario. Two, the company has been growing revenue at 80% or higher the last two years without an app. Hims’ target audience is millennials who primarily shop on their mobile devices, not computer. With an app and one click purchases, shopping becomes easier and more impulsive. In addition, Hims is now in 20,000 new physical store fronts and has its own Amazon store. Both of these facts will lead to record sales.

To put revenue doubling in perspective, think of it like this: Hims achieved 80% or more revenue growth in the last two years. However…

I would argue that Hims has not even left ‘The Introduction Stage’ in its business life cycle. The steepest slope of the sales line (representing the most sales growth) occurs in ‘The Growth Stage’ and this has not been reached yet. Therefore, it is logical to say sales growth might be higher than 80% this year since the best is yet to come.

The bear base is the company barely (pun) makes any progress over the next decade. Revenues only manage to grow at 15% on the high end and gross margins dramatically fall 10 bps from 75% to 65% each year. In this case, Hims is worth $2.14, representing a 58% decline from current levels.

The Extreme Bear Case: The company never becomes profitable and its value reaches $0/share. Technically, this should not happen at the moment since cash/share is $1.26 so that would act as a floor on the stock. However, the cash position is dynamic and thus, subject to change quickly.

Which Scenario Do I Expect?

I expect the bull case scenario to be the most likely.

I firmly believe the company will double its revenue, experience a slight reduction to gross margins, and will slowly reduce its SGA expense as a percentage of revenue.

If we zoom out and look at the big picture, here are some key takeaways from the bull case DCF:

A lot of analysts lose “the forest for the trees” because they get so lost in the granularity of every little number that they forget to zoom out and see if the final DCF even makes sense. When we zoom out of the bull case DCF, it makes total sense.

Operating margin going from -44% to 17% also makes sense as 17% is a reasonable number in the healthcare industry. The margins in a telehealth company have yet to been determined, but they might be higher since costs are lower.

Taking a look at the right side of the slide, we can see that the customers acquired in Q1 of 2021 cost $20MM in marketing expenses. That same cohort generated $20MM in gross profit by the end of Q2 2021 (less than six months after being acquired). Extrapolating this trend forward, Hims would generate gross profit in excess of marketing costs for the Q1 2022 customer cohort. This would be strong progress towards overall profitability for the year. If this was to occur, profitability would go from ‘something being talked about’ to ‘something actually coming true.’

Hims is a promising investment which deserves attention from those investors looking to take on risk to make above average market returns. The company is growing at a rapid pace, has fat gross margins, and showing increasingly compelling signs of becoming profitable sooner rather than later.

There are a myriad of outcomes for a company like this, but I believe the most likely outcome is outlined in my bull case scenario. There, the fair price of the stock is $18.59, which represents a 3-4x return on your money.

Colby Covington v Jorge Masvidal, weigh-ins, LeBron James, when do they fight, what time does it start, how to watch, pay-per-view