Inman events are the best way to connect, learn and grow. Join us this week, Oct. 26-28, for Inman Connect Las Vegas, in-person or virtually. Then, continue to gain insights, strategies, and tactics to keep your business growing and make 2022 your best year ever with a full line-up of 2022 events! Save the dates, and register now!

The luxury real estate market has been on fire during the pandemic, as low interest rates, booming net worths and the movement toward remote work created the perfect environment for affluent homebuyers to snap up their dream primary or secondary home. Now as the lower level of the market normalizes and corrects, luxury real estate professionals and consumers are wondering: When will the dream end? 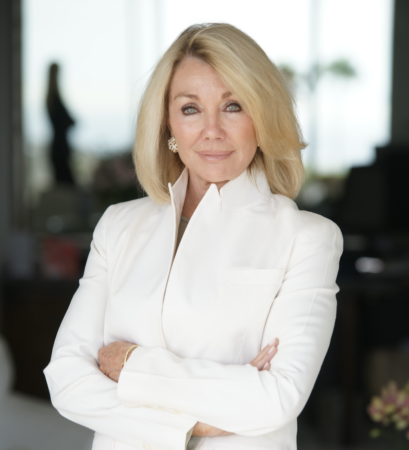 Luxury masterminds Jade Mills, Ryan Serhant, Gary Gold and Mauricio Umansky said they’ve had some of their best years yet in real estate, with sales at all price points jumping by the double-digits in their markets. “We’ve had a great year,” Mills told the Luxury Connect Las Vegas crowd on Monday. “The over $20 million market in our area is up at 82 percent, which is really, really crazy. And [homes priced] over $5 million — everything over $5 million is up 72 percent.”

Serhant said the New York City market is starting to see similar growth trends; a welcome piece of news after the market experienced a coronavirus-induced crash that led to some of the biggest price cuts in decades. “I think we did the biggest discounted deal in luxury residential New York City history,” he said. “We sold an apartment 157 West 157th, and we settled with the seller who paid $34 million, and my buyer paid $16,000,007.”

“But now we’ve rebounded,” he said. “New York City still has a lot of inventory. We’re not in like the two-month average where the rest of the country is trending at. But last week, there were more contracts signed in New York City over $10 million than any week prior since March 2013.”

Even as their markets are riding high, Mills, Serhant, Gold and Umanksy said they understand that a downturn is looming in the not-too-far future, and that’s what real estate agents have to prepare themselves and their clients for. “My only concern is that things look too good,” Gold said while noting the factors that are pushing luxury buyer demand, such as low-interest rates and greater mobility, will likely come to an end within the next several years.

Instead of simply waiting for the other shoe to drop, Serhant said agents and consumers need to take advantage of the current market and abandon any plans to wait out the market.

“For all the optimism that we have, history always repeats itself,” he said. “The 1920s were great, and then they weren’t,” he said. “We all need to take as much advantage of the current time that we currently have right now because the Fed is spending $120 billion a month buying bonds and mortgages, just so that they can put a bandaid until everything’s gonna be fine.”

“They’re going to start pulling back and tapering those buydowns in November rates, and interest rates are going to have to start to creep back up,” he added. “So we should all take advantage of [the current market]. But also be prepared for what will happen 2025 to 2030.”

Beyond diving headfirst into market data and being competitive with pricing and offers, the agents said the best thing professionals can do to prepare for an impending storm is double down on their branding, marketing and value proposition.

“There are 2 million licensed agents in the U.S. and you’ve gotta stand out,” Gold said. “It’s a combination of your personal brand, how you put it out there, and then who you are. I’ve gone out of my way just to be of service and be upfront, instead of being very profit-driven.”

Gold said he’s always willing to provide cutting-edge market data, insights and advice to potential clients, which he’s gotten some flack for. Although it doesn’t always pay off in the short-term with a listing contract, he said, it always pays off later down the line.

“I’ll catch them on the rebound, or I won’t,” he said. “But if you’re out there and you’re helping other people, it will come back at you. I think who you are is just as important to your brand.” 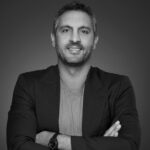 In addition to authenticity, Umansky said agents need to learn how to deliver what consumers don’t even know they want. “You have to provide a service because there’s a whole bunch of discount brokers out there and discount opportunities that are going to start opening up doing deals for nothing,” he said. “But you have to make yourself valuable in the luxury market and the luxury sector is where I believe the real estate agents will not go away.”

“You guys have to create service. You have to create extraordinary moments for your clients,” he added. “You have to predict what a client’s going to want or need , like having water in your car when you pick them up. Predict service. That’s what’s gonna make you stand out.”

Meanwhile, Serhant lauded the benefits of social media and digital branding with his three-step process: developing a core identity, sharing consistent content across platforms and sharing your successes with your audience. 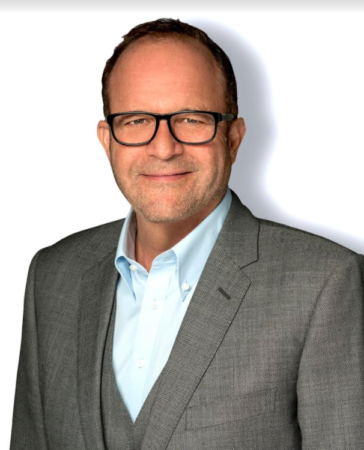 Once you’ve established your brand, value proposition and knowledge base, all four agents said the hardest, and most important part, is delivering on those items day in and day out, even when it means you might lose a deal.

“The problem that we’re having right now is the sellers are saying, ‘Well, I have two other brokers here, and they told me my house was worth $10 million,’” Mills said. “[Those agents] they just want to get the listing — that’s another big thing in our business. Integrity.”

“If you want to be in this business for a long time and you want referrals, be willing to say, ‘I’m going to show you the truth. You can list your house for whatever number you want to, but I’m going to tell you this,’” she added. “I have walked away from quite serious listings lately because who wants a $20 million listing that’s worth $10 million?”

Serhant said agents have to keep buyers and sellers in check, and help them take advantage of the opportunities that are in front of them now, instead of waiting for a better opportunity that may never come.

“For sellers, we don’t know where the markets going or what’s gonna happen tomorrow. The government could enact something tomorrow that totally stops everything for a minute,” he said. “If you are selling right now, and you’re driving the greatest convertible ever and it is the most beautiful day we have ever seen. That’s where we are right now.”

“It might rain. So let’s take advantage of all the signs there,” he added. “We’re not gonna be in our convertible tomorrow and the next day and the next day because one day it’s going to rain.”

Small section of the foundation has blocks instead of poured concrete : RealEstate