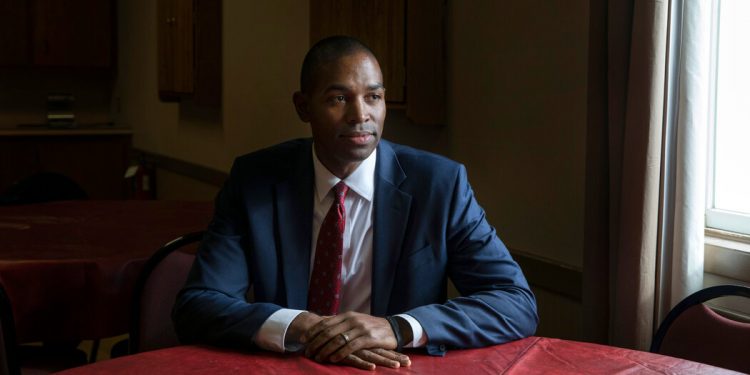 Mr. Delgado will have to give up his congressional seat to serve out the remainder of Mr. Benjamin’s term as lieutenant governor, a largely ceremonial role entrusted with few statutory duties. The lieutenant governor also serves as governor if the governor dies, resigns, is impeached or is absent or disabled.

Mr. Delgado was likely to face a difficult re-election fight this fall. Democrats had tried to add friendly voters to his district when they approved a new congressional map earlier this year, but the state’s highest court struck down the newly drawn district lines last week. Court-drawn lines are likely to make the seat far more competitive.

Ms. Hochul initially picked Mr. Benjamin, a Black former state senator from Harlem, as her running mate in August, just a few days after she became governor following former Gov. Andrew M. Cuomo’s sudden resignation. She had chosen Mr. Benjamin in an effort to broaden her appeal among city voters.

After Mr. Benjamin stepped down last month, Ms. Hochul was once again forced to choose a running mate. She considered a handful of officials of color, though it appears she did not constrain her options to those hailing from the downstate region. The selection process was kept remarkably under wraps, devoid of the leaks that defined Ms. Hochul’s first, flawed search for a second-in-command.

This time, the governor was determined to pick a lieutenant governor without any red flags and asked Elizabeth Fine, the counsel to the governor, and Marty Mack, the appointments secretary, to oversee a team of lawyers scrubbing candidates’ backgrounds.

Ms. Hochul’s team was particularly impressed with Mr. Delgado’s record of winning and holding one of the most competitive swing districts in the country against Republican opponents who tried to brand him as a “big-city rapper,” according to people familiar with her decision. He is also a prolific fund-raiser.