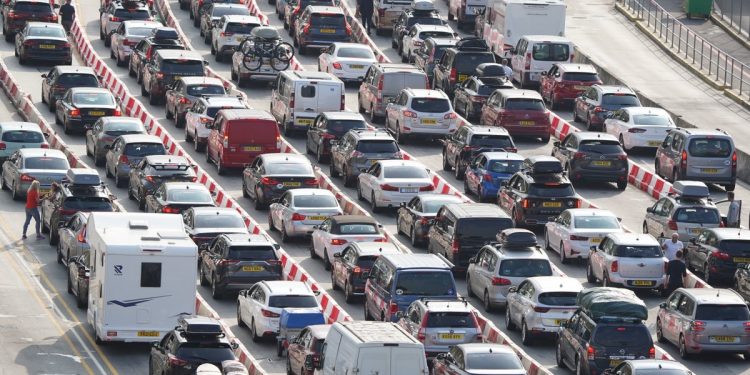 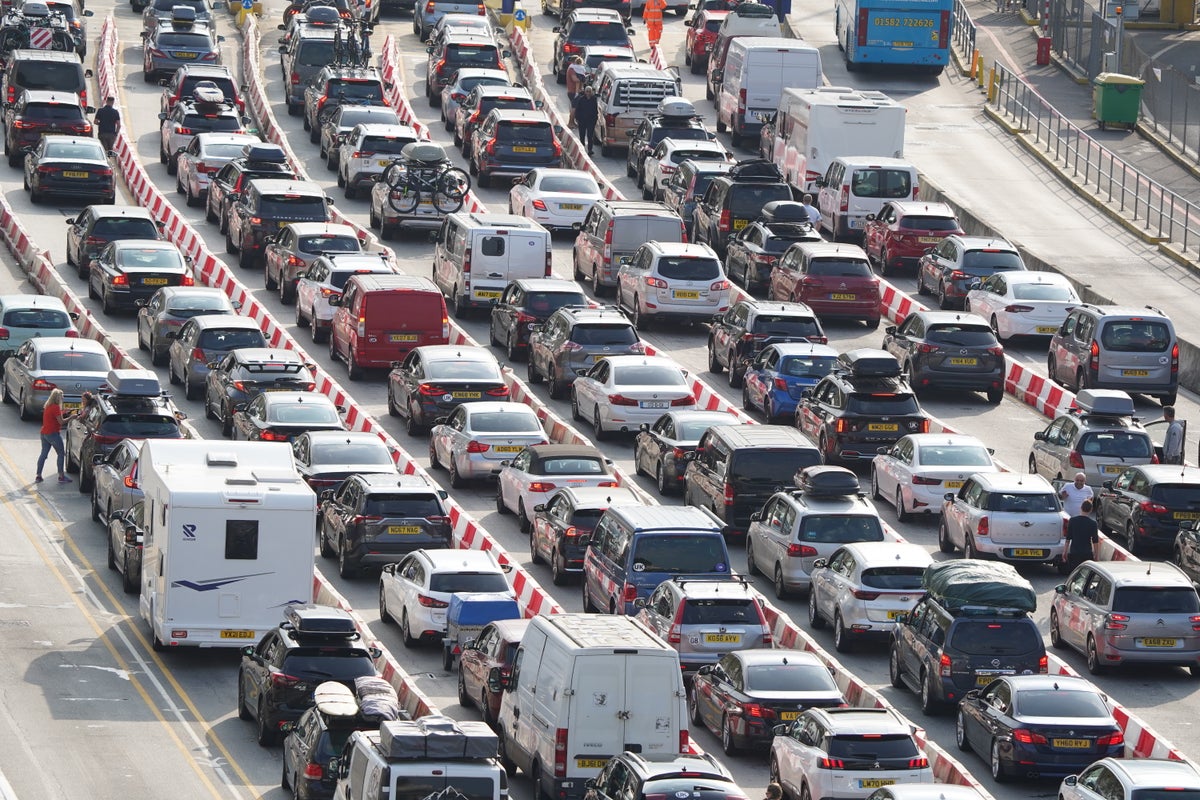 olidaymakers are still facing long waits to cross the Channel, while lorries remain backed up after a second day of travel chaos.

Extra post-Brexit border checks and French authorities’ understaffing of checkpoints in Dover have been blamed for the hold-ups.

Scenes of gridlocked roads and bumper-to-bumper cars seen on Friday were repeated on Saturday as thousands of travellers endured lengthy queues and some lorry drivers saw waits of more than 18 hours.

It comes during one of the busiest periods for foreign travel from the UK as most schools in England and Wales have broken up for summer.

Foreign Secretary and Tory leadership hopeful Liz Truss said disruption at the Port of Dover was the fault of French authorities when asked if Brexit was the reason for the transport chaos.

Speaking at a campaign visit in Kent, she said: “This is a situation that has been caused by a lack of resource at the border.

But French politician Pierre-Henri Dumont, Republican MP for Calais, has blamed the UK’s exit from the EU, telling BBC News it was “an aftermath of Brexit” with more checks needed and claiming the Dover port is “too small” with too few kiosks due to lack of space.

Passengers embarking on cross-Channel sailings from Dover must pass through French border checks before they can board a ferry.

Port of Dover chief executive Doug Bannister said it was “immensely frustrating” to be “let down” by poor resourcing at the French border, and has also stated that there will be “increased transaction times” at the border due to extra checks needed.

He later said he welcomed the “commitment shown by both French and UK authorities to resolve the issue”, and added the required staffing levels must be maintained for the rest of the summer.

She said: “As I say, the cause was that lack of resource yesterday but also, of course, it takes a lot longer to process through traffic than it used to.

“You used to, prior to Brexit, just wave your passport and they may or may not be looked at but now every one is checked and stamped.”

Holidaymaker Angie Emrys-Jones and four family members, including three children, endured nearly 11 hours in a queue and were only able to board the Eurotunnel at 4.15pm – having joined the queue at 5.30am.

The 46-year-old from Cornwall said the family were “fed right up” and still had a 16-hour journey ahead of them to Umbria, Italy.

While those queueing to cross the Channel were still facing three to four-hour waits by around 5pm, jams on many routes in the South East were cleared, according to the AA.

An AA Route Planner traffic warning was still being issued to holidaymakers heading towards the Port of Dover and the Eurotunnel terminal at Folkestone, while a backlog of freight remained to be cleared.

However, the AA predicted roads would be much quieter on Sunday.