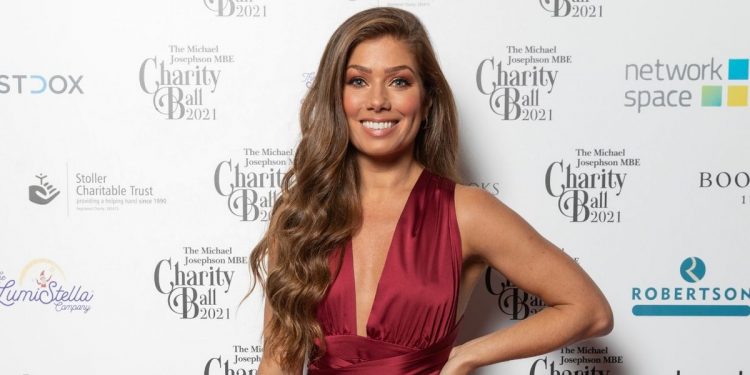 Love is blossoming in the world of soaps as Hollyoaks star Nikki Sanderson Is said to have fallen for former Emmerdale actor Anthony Quinlan.

The 37-year-old actress, who has played Maxine Minniver on the Channel 4 show since 2012, reportedly grew close to 37-year-old Anthony, who played Pete Barton on Emmerdale from 2013 until 2020, at the gym.

Friends are said to be pleased to see Nikki with a smile back on her face after she broke up with businessman Greg Whitehurst during lockdown Lin 2020 after first starting dating in 2015.

Nikki and Anthony reportedly started to grow close in 2021 and are now said to be enjoying their romance and are almost ready to tell the world about it.

A friend of the new couple is quoted telling The Sun on Sunday: “Nikki and Anthony go to the same gym and are really into fitness, so they bonded over that.

“It’s been a while now and things are going well.

“Nikki has been having a bit of a tough time lately, and Anthony has been a great support for her.”

Nikki split from ex-boyfriend Greg while the country was in lockdown – and just weeks after she had boasted about how happy they were together.

But by July 2020, the romance collapsed, with Nikki telling reporters: “Sadly Greg and I have decided to separate. We remain friends and wish the best for each other in the future.”

Meanwhile, Anthony split from past girlfriend Dianne Buswell after the Strictly Come Dancing professional ditched him to start dating her then-ballroom partner Joe Sugg back in 2018.

Anthony had also previously been in a relationship with Michelle Keegan.

The ex-Emmerdale star said following the collapse of his romance with Dianne: “Of course I’d love to meet the right person and eventually I’d like to get married and start a family.”

Since quitting Emmerdale in 2020, Anthony has been building up a reputation as a successful personal trainer and lifestyle coach.

He has launched his own health supplement company called BoxedOff and encourages clients to lose weight and shape up following 12 week fitness programs.

The star says: “I help people lose weight, tone up and get lean.”

He also says on his fitness website: “I have a major passion for health and fitness. I started online coaching to promote wellness, help people feel better about themselves and achieve their personal goals.

“Whether it be for aesthetics, from weight loss to building muscle, or for strength, endurance and athletic performance, with the right mindset, commitment and dedication, I will get you there.

“My ultimate aim is for my clients to become the best version of themselves by reaching their goals.”

EVE SIMMONS: Is my Covid saga proof we should stop testing ourselves all the time?

EVE SIMMONS: Is my Covid saga proof we should stop testing ourselves all the time?