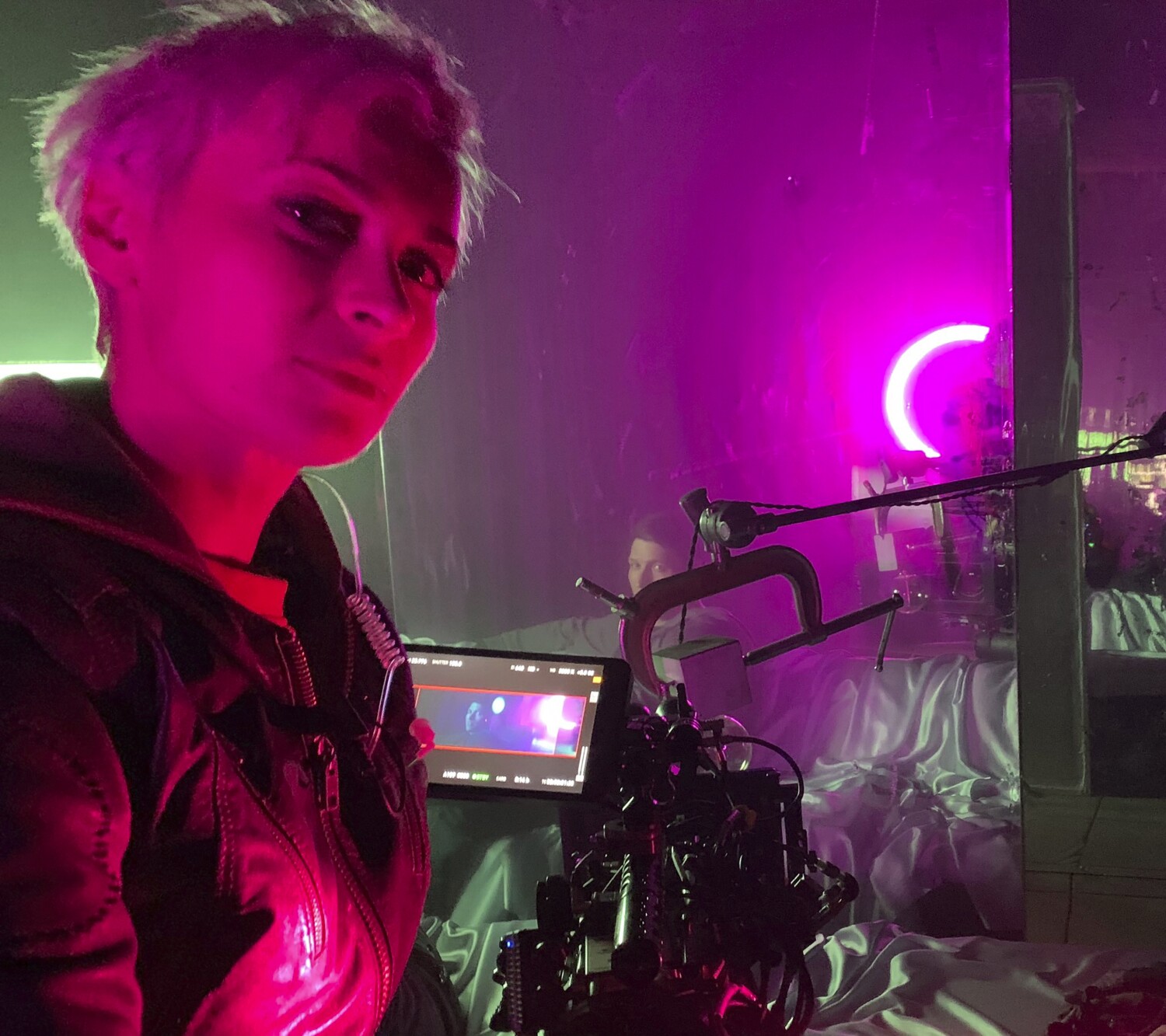 Sorrow and anger were the prevailing moods on the set of Hollywood film and TV productions Friday as crews grappled with the death of cinematographer Halyna Hutchins, killed by a prop gun fired by Alec Baldwin during filming in New Mexico.

In interviews with The Times, directors and cinematographers not connected to the Baldwin film “Rust” expressed disbelief that such a tragedy could take place in an era when computer-generated special effects can create all the necessary pop, bang and flash needed to convince audiences that a real gun is being fired.

“It’s unbelievable to us in this day and age,” said cinematographer Mark Doering-Powell during a break on the set of Netflix’s untitled Jonah Hill project, which also stars Eddie Murphy and Julia Louis-Dreyfus. “It should all be done with VFX. It’s more reliable and safer. You can work with rubber guns. I have a hard time understanding why we still use half loads and blank loads. It’s a tragedy.”

Doering-Powell said the mood on set Friday was somber, and that much of the talk was speculation about what exactly went wrong in Santa Fe. Details are still emerging about the shooting, but The Times has reported that some camera crew members had walked off to protest working conditions hours before the shooting happened.

Johanna Coelho, a cinematographer working on Season 4 of ABC’s police drama “The Rookie,” was on set when news of Hutchins’ death broke.

“It was really very shocking. I think it was a bit confusing at the beginning because when we were shooting, I was just starting to hear rumors that a DP got shot and that’s all I was hearing,” Coelho said. “And then they told me the name, and I realized I actually knew her.”

There was a moment of silence in honor of Hutchins on set Friday morning, Coelho said, and later that day “Rookie” showrunner Alexi Hawley played an instrumental role in banning the use of live firearms on his set, issuing a memo that said muzzle flashes would be added in post-production.

Coelho was glad to hear of the change.

“There’s no reason anymore to have them. We have a lot of safety meetings and precautions that we take for them, but if there’s any real risk it should be erased if you can do it another way,” she said.

Erin O’Malley, who has served as director and executive producer for “Curb Your Enthusiasm,” and “Single Parents,” among others, said the tragedy came at a very difficult time for crew members of the International Alliance of Theatrical Stage Employees, or IATSE, the union that represents sound technicians, carpenters, makeup artists, set decorators, costume designers and other behind-the-scenes workers.

The union recently narrowly avoided a strike after asking for better pay, hours and working conditions.

“There are a lot of things on set that are very dangerous, and [crews] rely on a handful of people to ensure their safety,” O’Malley said. She added later: “Crew members are feeling vulnerable, and it’s one thing to feel like they are being taken for granted by driving home late after a 17-hour day, but thinking that they might get shot by a gun, that’s insane.”

Michael Risoli, a first assistant director who has worked on “Sons of Anarchy,” “It’s Always Sunny in Philadelphia” and the western “Miracle Workers,” echoed O’Malley’s sentiment that Hollywood collectively doesn’t mess around with guns, and that extensive safeguards make the Santa Fe tragedy seem like an outlier. As a first AD, Risoli is in charge of safety on set, and he said that for the last five years he has declined to use blanks at all because blanks pose their own risk, and VFX can do an almost identical job. Today, he said, the only real argument for blanks is the recoil they provide when the weapon fires, but actors can simulate that.

“This shouldn’t have happened — it was 100% preventable,” said Risoli.

Risoli said that whenever guns are on set, he physically checks each gun right before it is handed to an actor. He looks down the barrel, he checks the chamber. He has the armorer discharge the gun six or seven times, to be absolutely sure. He even checks rubber guns to make sure they’re rubber. “Fire in the hole” is yelled before “action.” Everyone is given eye and ear protection.

These kinds of safety issues were what drove IATSE members agitating for change, said writer and director Molly McGlynn, who has worked on “The Wonder Years” and “Grace and Frankie.”

When she heard the news, she remembered an incident early in her career when someone brought a prop gun on set that was not scripted. When she objected, she was ignored. She almost walked off set but decided against it. Hutchins’ death made her reflect on that moment again, and remember that, “if you see something, say something.”

“Every person from a PA to a producer should feel comfortable speaking up,” McGlynn said. “No one should feel threatened by injury or death on set.”

Hopefully the tragedy of Hutchins’ death will force the film community to do away with firearms on set completely, said director Sean Kavanagh (“Fresh off the Boat,” “Doogie Kameāloha, M.D.”), who served as a first assistant director for 25 years.

Echoing some of the confusion that lingered on sets across Hollywood, Kavanagh said that there were still too many missing pieces to the story to know what really happened. Because “Rust” is a period Western, it’s possible that period weapons were used, creating additional safety challenges.

“Any time you get into period weaponry it’s more risky because they are older weapons and they are less reliable,” Kavanagh said, adding that he feels a great deal of sadness because some protocol must have been skipped.

“I have a feeling this is one of those low-budget, long-hours, cutting-corners kind of [thing].”

Is Battlefield 2042 a Call of Duty killer? See for yourself with free Battlefield download | Gaming | Entertainment

Can You Freeze Crab Dip? (Good to Know)

Antioxidant Flavonols Could Help Reduce the Rate of