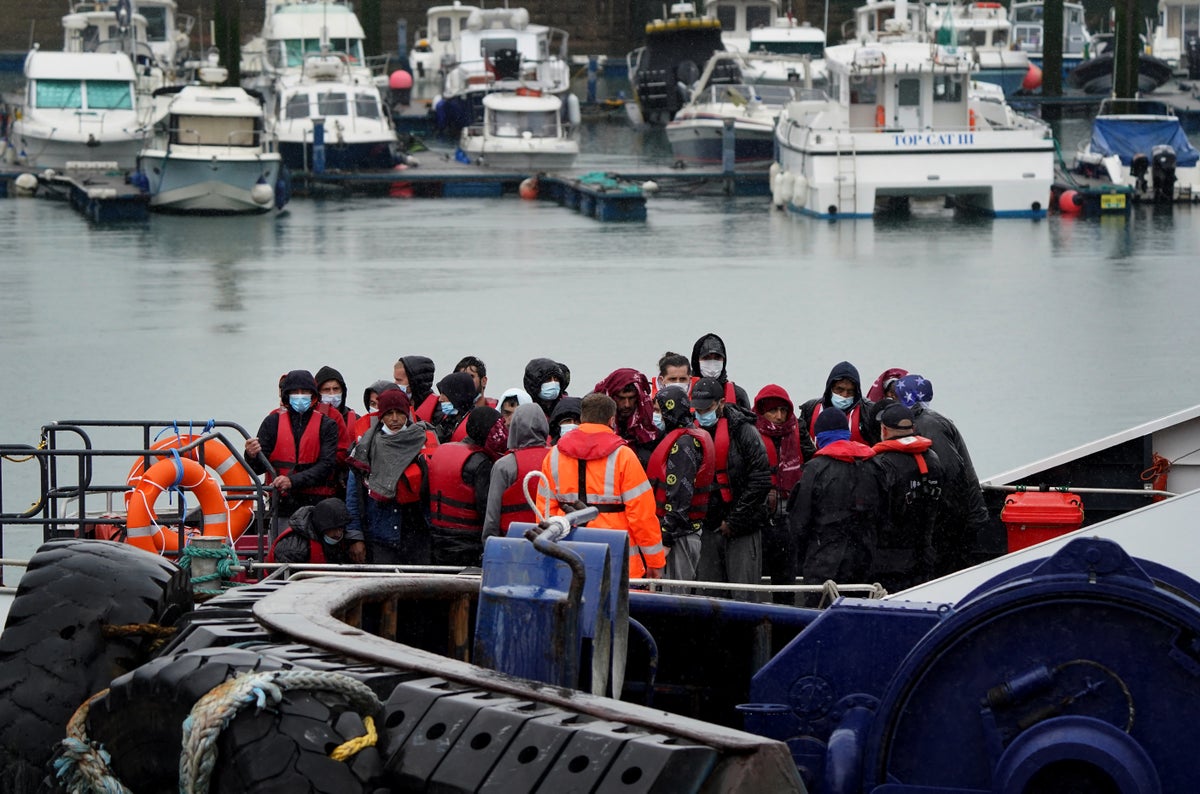 An urgent bid to block next Tuesday’s flight from the UK to the east African nation began on Friday, with lawyers lined up for the government and four asylum seekers.

However Mathew Gullick QC, representing the Home Office, said in a written submission to the High Court that the order to remove three of the four people involved in the legal dispute had been “cancelled”.

The legal action is backed by the Public and Commercial Services Union, which represents Border Force staff, campaign group Detention Action, and charity Care 4 Charity, seeking to block the removals which are set for June 14 as well as any future flights.

Lawyers acting for the groups say the policy is unlawful and are seeking an urgent injunction.

Home Office lawyers urged the court in its written submissions to reject the application, arguing it “fails at the first stage” and “lacks merit”.

“The claimants have not identified a serious issue to be tried, still less the strong case they allege for the grant of relief at trial”, they said.

“It is striking that nowhere in the claimants’ submissions on interim relief is there any consideration of the impact of any public interest factors, still less any analysis or balancing of the importance of the public interest being pursued in this regard.”

The Home Office argues that the safety of asylum seekers being considered for deportation to Rwanda would be assessed on an individual basis and they will be safe-guarded against the risk of Malaria.

The High Court was told that the UN refugee agency, the UNHCR, had a number of concerns about the asylum process in Rwanda, including discriminatory access to asylum – including for LGBT people – a lack of legal representation and interpreters, and difficulties in appealing.

Raza Husain QC, representing the claimants, said: “These are concerns that have been communicated to the UK authorities and yet the secretary of state’s position … is that the UNHCR has given this plan a green light. “That is a false claim.”

An argument is being put forward that the deportation policy is “irrational”.

Ahead of the hearing, James Wilson, deputy director of Detention Action, said: “In her desire to punish people for seeking asylum by forcing them on to a plane to Rwanda, Priti Patel has overstepped her authority.

“By rushing through what we say is an unlawful policy, she is turning a blind eye to the many clear dangers and human rights violations that it would inflict on people seeking asylum. “It’s vital that new Government policies respect and uphold the laws that we all, as a society, have agreed to follow. That’s why we’re seeking an injunction to keep this plane to Rwanda from leaving the runway.”

Clare Moseley, founder of Care4Calais, said the vast majority of the 100 or so people being detained pending removal to Rwanda that lawyers have spoken to are “overwhelmed by total shock and despair”.

She said: “Many came to the UK believing it to be a good place that would treat them more fairly than the places from which they escaped. “We say that the Rwanda plan is unlawful. We hope the courts will agree with us.”

A Home Office spokeswoman said: “Our world-leading partnership with Rwanda is a key part of our strategy to overhaul the broken asylum system.

“We have been clear from the start that we expected legal challenges, however we are determined to deliver this new partnership.

“We have now issued formal directions to the first group of people due to be relocated to Rwanda later this month. This marks a critical step towards operationalising the policy, which fully complies with international and national law.”