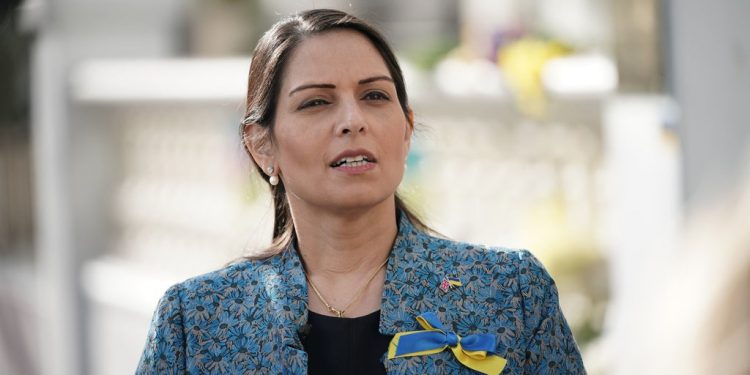 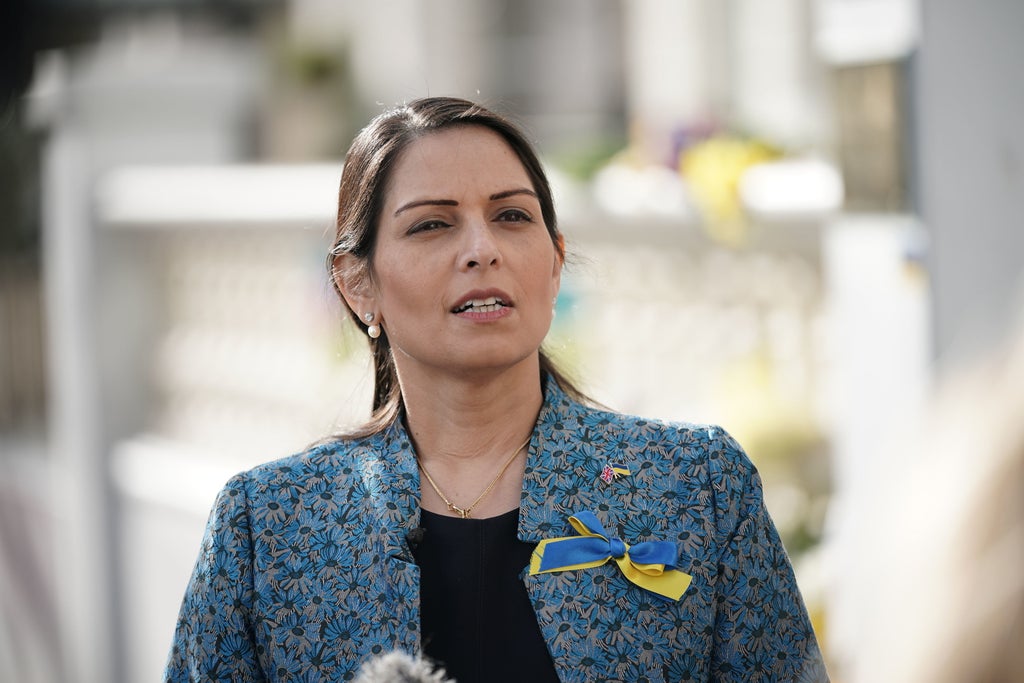 The top civil servant at the Home Office warned Priti Patel the evidence behind her plan to send asylum seekers to Rwanda in order to deter people making the hazardous Channel crossing was “highly uncertain”.

It was revealed on Friday the home secretary was forced to issue a rare “ministerial directive” – only the second at the Home Office since 1990 – in order to press ahead with the policy after objections were raised by the permanent secretary.

But details of the concerns were not made public until Saturday evening when the Home Office published correspondence between the official, Matthew Rycroft, and Ms Patel, dated 13 April – just two days before the initial £120m deal with Rwanda was unveiled.

In his letter to the home secretary, Mr Rycroft said he was “satisfied myself that it is regular, proper and feasible for this policy to proceed”, as he cited the intention to prevent loss of life in the Channel and maintain “public trust and confidence in border controls”.

However, he stressed: “This advice highlights the uncertainty surrounding the value for money of this proposal. I recognise that, despite the high cost of this policy, there are potentially significant savings to be realised from deterring people entering the UK illegally.

“Value for money of the policy is dependent on it being effective as a deterrent. Evidence of a deterrent effect is highly uncertain and cannot be quantified with sufficient certainty to provide me with the necessary level of assurance over value for money.”

Requiring the home secretary’s “written instruction to proceed”, he added: “I do not believe sufficient evidence can be obtained to demonstrate that the policy will have a deterrent effect significant enough to make the policy value for money.

“This does not mean that the MEDP [Migration and Economic Development Partnership] cannot have the appropriate deterrent effect; just that it there is not sufficient evidence for me to conclude that it will.”

In her same-day response, Ms Patel said that “without actions, costs will continue to rise, lives will continue to be lost” and claimed Home Office modelling forecast showed the number of small boats crossing the Channel are “expected to rise again this summer”.

The cabinet minister said: “It would therefore be imprudent in my view, as home secretary, to allow the absence of quantifiable and dynamic modelling – which is inevitable when developing a response to global crises influenced by so many geopolitical factors such as climate change, war and conflict – to delay delivery of a policy that we believe will reduce illegal migration, save lives, and ultimately break the business model of the smuggling gangs.”

The publication of the correspondence also came amid warnings the home secretary could face a walk-out in the Home Office over the controverisal plans, with staff potentially requesting transfers.

Dave Penman, general secretary of the FDA trade union, told BBC News: “Civil servants know their job is to support the government of the day. They sign up for that knowing they might not like what the government does.

“On the more divisive policies, which this clearly is, they face a choice – implement or leave. That could mean elsewhere in the Home Office, another department, or the service.”

Mark Serwotka, general secretary of the Public and Commercial Services (PCS) Union, which also represents civil servants, said that for the government “to attempt to claim this is anything other than utterly inhumane is sheer hypocrisy”.

He added: “We have already seen that they are prepared to risk lives by turning boats back in the Channel – a policy which we have had to take them to court over. It is a heartless approach that displays total disregard for human life which everyone must oppose.”